Summer has not officially started yet, but wildfire season has already arrived in the US. Now an intense heat wave coupled with extreme drought is threatening to make things worse.

Large wildfires have already burned 981,000 acres this year to date, more than the 766,000 acres burned by the same time last year, according to the National Interagency Fire Center.

In Arizona, more than 208,000 acres have burned, sending smoke into Colorado. The 123,000-acre Telegraph Fire is now in Arizona’s top 10 largest fires in history.

In Utah, blazes have charred more than 25,000 acres, with a new fire ignited every day for three weeks. California has seen a fourfold increase in year-to-date area burned compared to 2020.

It’s poised to get worse as summer officially begins. While 2021 may not beat the record-setting 2020 season, experts say it will be severe. “It’s probably going to be above-average for sure, but it’s not going to be off-the-charts,” said Craig Clements, director of the Wildfire Interdisciplinary Research Center at San Jose State University.

It’s important to remember that wildfires are a natural part of many ecosystems. They help clear decay, restore nutrients to the soil, and are even required for some plants to germinate. Regular fires are a feature of many healthy forests and grasslands. However, wildfires have been getting more destructive in recent years, and humans are to blame. From building in fire-prone regions to suppressing natural fires to igniting blazes to changing the climate, humanity is making wildfires more expansive, costly, and deadly.

Even so, there are a lot of complicated and surprising factors that contribute to massive infernos, so there is a lot of variability year to year. Here are some of the factors that forecasters are worrying about in the western US.

To ignite, a wildfire needs fuel, favorable weather, and an ignition source. But whether the overall fire season will be particularly severe or mild depends on variables that interact in complicated and sometimes contradictory ways.

For instance, a wet winter can help encourage more vegetation to grow in the spring, which can then turn into fuel as summer heats up. But a dry winter can add to aridity from ongoing droughts, particularly in areas that already have a lot of flammable fuel, such as forests. “In California, if it’s a dry year, it’s a bad fire season. If it’s a wet year, it’s a bad fire season,” Clements said.

So depending on the particular ecosystem — coastal forest, mountain forest, grassland, chaparral — the same weather and climate conditions can shift fire risk in different directions. But right now, these are the biggest factors driving wildfire risk across the board in the West:

Massive drought
Huge swaths of the western US are experiencing extreme dryness. About 72 percent of the region is considered to be in “severe” drought, while 26 percent is in the worst category of “exceptional” drought. Water levels in reservoirs like Lake Oroville in California and Lake Mead in Nevada have dropped to historic lows. Oregon just experienced its driest spring on record.

This dryness is a combination of both a 20-year drop in precipitation called a megadrought, as well as seasonal variation.

Last summer brought extreme heat to the region, which caused more moisture in the soil to evaporate, leaving less water for plants. The following winter then failed to bring much snow and rain, driven in part by a cooling pattern in the Pacific Ocean known as a La Niña. The snow that did accumulate dissipated faster than average, leaving a zero percent snowpack in the Sierra Nevada in May.

Satellite images from space show how fast California’s landscape has changed since late March. The Sierra Nevada snowpack is nearly gone, and vegetation across the state has dried rather dramatically (especially noticeable in the Central Valley). #CAwx #CAwater pic.twitter.com/1ObGsTrFlR

Warm weather
California was graced with some cool weather and light rainfall earlier this month, but now the temperature is starting to rise. The Southwest, meanwhile, is bracing for record heat this week. As many as 40 million Americans are poised to swelter as temperatures rise as high as 120 degrees Fahrenheit.

High heat has a close relationship with fire risk. “If it’s really warm, we generally have a higher fire season,” Clements said. “If it’s cooler, it’ll be below average.”

Air can absorb about 7 percent more water for every degree Celsius the air warms. But if there isn’t much moisture to absorb to begin with, then there is a gap between what the air can fully absorb and what moisture is actually present. This gap is known as the vapor pressure deficit, and it’s a key warning signal of wildfire risk, indicating that there is little moisture moving through trees, shrubs, and grasses.

Lots of dry fuel
The combination of heat and aridity has left vegetation parched and primed to ignite. “Fuel moisture content is a critical factor in understanding fire behavior and fire danger,” Clements said.

That exceptionally dry vegetation then causes fires to burn hotter, faster, and longer, which in turn hampers efforts to contain them. It creates a cycle that can end up driving massive, devastating wildfires.

While the deck is stacked in favor of major wildfires again this year, it’s not a guarantee that they will be larger, more frequent, or more destructive. Blazes still require an ignition source, and they depend on wind and persistent dry conditions to spread. “Things are looking scary, but if there’s no ignition, it’s not so bad,” Clements said.

If there isn’t a major wind event as fires ignite, they could remain contained. Similarly, bouts of rainfall or lower temperatures could quench flames. These weather events can drastically change the dynamics of fires and it’s not clear yet what the coming weeks will hold.

And if there is nothing to spark the flames, then there will be few new fires. The majority of wildfires in the US, upward of 84 percent, are ignited by humans. That can come from arson, unattended campfires, downed power lines, or machinery. So taking steps to reduce ignition, like banning fires in forested areas or limiting routes open to cars in fire-prone chaparral, can go a long way in reducing wildfire risk. Power companies like Pacific Gas & Electric are readying plans to shut off power to their customers to prevent their hardware from lighting new blazes.

But nature can ignite fires too. A dry lightning storm last year triggered a wave of fires in California. July is the peak month for lightning strikes in the West, and that’s one thing humans can’t prevent.

Over time, it’s possible to reduce the destructiveness of wildfires — for example through controlled burns, regular thinning of trees and brush that build up, and relocating homes and businesses away from high-risk areas. But the current situation developed over more than a century of poor planning, and it won’t be fixed overnight. So wildfires in the West are likely to get worse before they get better. 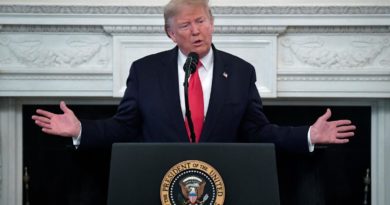 Had a Covid-19 infection? You still could benefit from a vaccine.