More than 5 million people in the U.S.—about 1.5% of the country’s total population—have tested positive for COVID-19 as of Aug. 9, according to data from Johns Hopkins University. Over 162,000 people have died.

The U.S. now accounts for roughly 25% of confirmed coronavirus cases worldwide. Its overall case count is millions higher that of the next-hardest-hit country: Brazil, which according to official records has about 3 million confirmed cases of COVID-19 as of Aug. 9.

New U.S. cases are also accumulating faster than they did in the pandemic’s early months. The country recorded 1 million diagnoses on April 28. It then took about six weeks to hit 2 million cases, and another month to hit 3 million. From there, only about two weeks passed before the country hit the 4 millionth case mark—and now, another two weeks later, the tally is up to 5 million.

Part of that uptick is due to better testing capacity. When the pandemic first hit the U.S., many people with relatively mild cases could not get tested, leaving gaping holes in the official data. The testing situation has improved somewhat, helping the data better reflect what’s actually going on across the country, but testing delays are still a significant issue. That means official case counts are still underestimates, albeit staggeringly high underestimates.

Testing also can’t fully explain why so many states are seeing surges right now. If testing practices alone were behind the skyrocketing numbers in places like Florida, California and Texas, the raw number of positive cases would be expected to go up—but the proportion of tests coming back positive would likely go down, since more negative test results would also be captured by the data. That’s not happening in many hotspot states, like Florida and Texas, where between 15 and 20% of tests are coming back positive on any given day, according to Johns Hopkins data.

More than 1,000 Americans are also dying from coronavirus each day. That’s an improvement over this spring, when well over 2,000 people were dying each day, but it’s a worrying reversal of the progress seen in late May and June, when daily death counts dropped to around 500. The fact that deaths have gone back up suggests there is more disease circulating in the population, not simply more testing picking up on baseline levels of infection.

The surges the U.S. is seeing right now are likely a result of the continued push toward economic reopening in many parts of the country, coupled with overwhelmed public-health systems and individuals letting up on disease-prevention practices like social distancing and wearing masks. The World Health Organization has said young adults, teenagers and children are accounting for a higher proportion of cases as the pandemic goes on, citing “a rise in risky behavior after easing of public health and social measures.”

Without significant behavioral changes—and state and federal policies that facilitate that change—the U.S. will likely continue to see case counts rise for the foreseeable future. 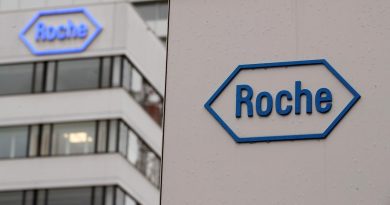