What would happen if a pandemic much worse than Covid hit?

This is a question that’s been haunting me since the early days of 2020, when it wasn’t clear exactly how deadly Covid-19 was. What is now known as SARS-CoV-1, after all, killed almost 10 percent of people with confirmed infections; MERS, another coronavirus, has had a fatality rate of more than 30 percent in confirmed cases. But neither of those viruses was very transmissible; SARS-CoV-2, better known as Covid, however, was from the start a highly contagious virus, and had it killed at anywhere near the rate of those earlier pathogens, the result would have been horrific.

In general, there are trade-offs between how infectious a virus is and how lethal it is, but it’s not an iron rule: smallpox was more contagious than Covid and as deadly as MERS. There’s also the question of which age groups are affected; the 1918 influenza disproportionately killed healthy young adults, unlike seasonal flu, and many viruses are particularly dangerous to babies. (I had a newborn in the early days of Covid, and one of the things we were most grateful for was the random luck that this virus didn’t seem deadly to infants, as it easily could have been.)

Each week, we explore unique solutions to some of the world’s biggest problems.

I’m not reciting this litany to be as depressing as possible. We should be realistic about just how catastrophic a pandemic could truly get, but we’re also not that far away from a world where the answer to ‘‘What would happen if a pandemic much worse than Covid hit?” is “we simply squash it dead.”

That’s the message of a new Geneva Center for Security Policy report by MIT biochemist and Future Perfect 50 selectee Kevin Esvelt about what to do to prepare for the next pandemic. The key takeaway? We’re not helpless, whether against nature or malign actions by human beings. We do have to invest in actually being prepared, but if we’re prepared, we could weather even a worst-case scenario: a deliberate release of a human-made virus engineered to be both extra deadly and extra contagious.

Three stages of preparedness for pandemics

Esvelt, who is deeply involved in biosecurity, calls the first step of preparedness delay. If someone unleashes a deadly engineered flu tomorrow, we’d be in trouble. Covid made clear how large the holes are in our response plan for pandemics. We still lack sufficient stockpiles of high-quality PPE to protect all essential workers should another virus appear. We lack the ability to detect a virus early and respond before it has spread widely. And we know from the rapid spread of the omicron variant that once a sufficiently contagious virus is spreading, even countries willing to resort to extreme measures will have great difficulty in containing it.

As bad as Covid is, a virus engineered to be deadly and contagious could be far worse, so it will be crucial to make sure that in the near future, we prevent access to dangerous viruses that could be released deliberately and that none get released accidentally. Esvelt proposes that we achieve this by reworking programs that trawl for viruses that’d be incredibly contagious and deadly so they instead work on preventing spillover, reviewing research funding to make sure research into developing deadlier viruses isn’t being funded, and screening DNA synthesis machines to make it harder to print your own deadly virus at home.

These aren’t meant to be perfect solutions — even if they make it harder to release a dangerous virus, they wouldn’t prevent a determined actor entirely — but they could buy us time to develop the technology that will fully protect us from future pandemics.

Esvelt’s next stage is detect: develop better tools for identifying when a new virus is spreading. In the very earliest stages of an outbreak — say, when Covid first began spreading in China in late 2019 — a virus can be stopped with targeted measures. Once it’s all over the globe, things get harder.

And even if it’s too late for early containment, detecting a virus early starts the clock quicker on developing effective countermeasures. Esvelt argues that a single strategy can make it possible to detect any biological threat. “Any system capable of detecting exponentially growing patterns of nucleic acid fragments should be capable of reliably detecting any and all catastrophic biothreats,” he writes.

The key is to tap our growing ability to sequence genetic material quickly and cheaply. No matter what form a biological threat takes, whether it uses DNA or RNA, if you notice exponential growth in a new kind of nucleic acid, it’s a tip that something is growing exponentially. So you can surveil wastewater at key points — say, airports and city centers — for anything new and fast-growing. Then you can look more closely to figure out what it is, and how worried we should be.

This won’t be cheap — except in comparison to the cost in lives and money of a pandemic, in which case it actually looks very cheap indeed. “Building such an observatory appears to be extremely affordable relative to traditional defense budgets,” Esvelt argues. “In the United States, a system performing untargeted metagenomic sequencing of wastewater from all 328 ports of entry could likely be operated for under a billion dollars a year at cost; systems in smaller nations would be less expensive.”

What to do when you detect a virus

Say we build that wastewater screening system, and detect a rapidly spreading new virus. Then what? Here Esvelt argues that we need to go back to basics: mRNA vaccines are an amazing life-saving technology, but they simply can’t be produced at scale faster than a virus can spread. So you need PPE, you need ventilation, and you need good technology for sterilizing spaces that people need to work in.

The problem with PPE, as we now all know from the Covid pandemic, is that there’s not enough of it, and what we have isn’t great. Getting good masks at the start of the pandemic was nearly impossible, but high-quality masks are also highly unpleasant to wear for long periods of time. Cloth masks are more comfortable but aren’t really adequate for a highly contagious virus.

But even more than two years into the Covid pandemic, we haven’t really tried that hard to develop good, usable PPE. Imagine if we’d put a fraction of the effort into developing better powered air purifying respirators — the safest option for defense against a virus — that we’ve put into developing new phones.

We need innovation on PPE, but it’s less scientific innovation than consumer product innovation. That means making the best PPE options wearable, robust for normal use instead of requiring perfect use, and widely available. With this tool in hand, we could face something more contagious and deadlier than Covid with a lot more protection, even before the first vaccine rolled off the assembly line.

“The combination of a reliable early warning system with sufficiently protective and trusted P4E in the hands of essential workers can render nations virtually immune to pandemic-class agents,” Esvelt writes.

All of these plans, of course, will probably run into additional complications as they’re rolled out. Esvelt has set up a good blueprint, but implementation is never straightforward for a massive project like this. But what his ideas make clear is that pandemics are a choice — one that we choose to make as a society when we don’t bother investing in preparing for them.

For better and for worse, we haven’t always reacted so sluggishly in the aftermath of a major catastrophe. After 9/11 killed nearly 3,000 Americans, we implemented costly, tedious screening procedures at every airport in the US, as well as every international airport that sends flights to the US, all to make sure that no one would ever be able to hijack a plane again. After Covid-19 killed more than a million Americans, we’ve done close to nothing to ensure it couldn’t happen again with a new virus next week.

A version of this story was initially published in the Future Perfect newsletter. Sign up here to subscribe! 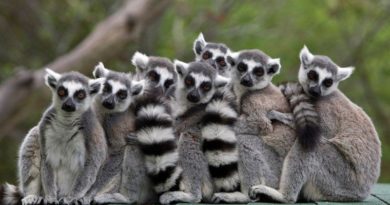 ‘Stink flirting’ is a thing – just ask a ring-tailed lemur 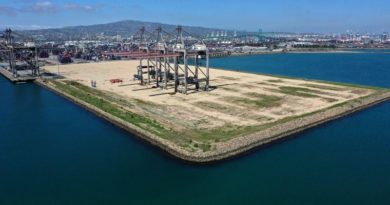