A Brazilian man infected with the AIDS virus has shown no sign of it for more than a year since he stopped HIV medicines after an intense experimental drug therapy aimed at purging hidden, dormant virus from his body, doctors reported Tuesday.

The case needs independent verification and it’s way too soon to speculate about a possible cure, scientists cautioned.

“These are exciting findings but they’re very preliminary,” said Dr. Monica Gandhi, an AIDS specialist at the University of California, San Francisco. “This has happened to one person, and one person only,” and it didn’t succeed in four others given the same treatment, she said.

Another UCSF specialist, Dr. Steven Deeks, said: “This is not a cure,” just an interesting case that merits more study.

The case was described at an AIDS conference where researchers also disclosed an important prevention advance: A shot of an experimental medicine every two months worked better than daily Truvada pills to help keep uninfected gay men from catching HIV from an infected sex partner. Hundreds of thousands of people take these “pre-exposure prevention” pills now and the shot could give a new option, almost like a temporary vaccine.

If the Brazil man’s case is confirmed, it would be the first time HIV has been eliminated in an adult without a bone marrow or stem cell transplant. Independent experts want to see whether his remission lasts and for the intense drug combination that he received to undergo more testing.

“I’m very moved because it’s something that millions of people want,” said the 35-year-old man, whose spoke to The Associated Press on condition that his name not be published. “It’s a gift of life, a second chance to live.”

Transplants are how two other men, nicknamed the Berlin and London patients for where they were treated, were cured previously.

“I’m the living proof it’s possible to be cured,” Adam Castillejo, the London patient, said in a news conference at the AIDS meeting, which is being held online because of the coronavirus pandemic.

He and the Berlin patient, Timothy Ray Brown, had donors with a gene that confers natural immunity to HIV infection. Such transplants are too medically risky and impractical to attempt on a large scale, so doctors have been trying other approaches.

It’s hard to eliminate HIV because it establishes an early “reservoir” of blood cells where it lies dormant and can’t be attacked by medicines or the immune system. Infections can be controlled with drugs, but as soon as patients stop taking them, the dormant virus activates and renews the disease.

Dr. Ricardo Diaz of the University of Sao Paulo in Brazil led a study testing strong and new drug combinations to try to purge this reservoir.

“We are trying to wake up the virus” and boost the immune system’s ability to eliminate it once it’s flushed out of hiding, Diaz explained. The Brazil man had been taking a standard three-drug combo to suppress his virus. In September 2015, Diaz added two newer ones to intensify his treatment — dolutegravir and maraviroc — plus nicotinamide, a form of vitamin B3 that may help expose dormant virus.

After nearly a year, the patient went back to the standard three drugs for two more years, then stopped all HIV medicines in March 2019. The virus has been undetectable in many blood and tissue samples since then.

“We can’t search the entire body, but by the best evidence, we do not have infected cells,” Diaz said.

The most convincing evidence: Tests show the man has lost nearly all HIV antibodies — substances the immune system makes when fighting the virus.

Eager for independent verification, the patient said he went to a counseling center for an anonymous HIV test in February. It was negative.

“He made a picture of the results” and sent a photo of them, Diaz said.

The antibody results are “the most fascinating part of this story,” said Deeks. “These are solid scientists” and “the team may have come up with something that helps,” but it’s going to take verification of these results and much more testing to know, he said.

In particular, doctors will want to see proof from blood tests that the patient truly had stopped his HIV medicines. Diaz said all HIV patients in Brazil get their medicines from a government health program and that he verified the man had stopped.

“I think it’s very promising. This patient might be cured,” but it will take more time to know, Diaz said.

The treatment did not succeed in four others treated the same way, or in any of the others in the 30-person study testing related approaches.

Diaz said he has approval for a new study in 60 patients, sponsored by government grants in Brazil and by ViiV Healthcare, the British company that makes maraviroc.

Dr. Anton Pozniak, head of the AIDS conference and an HIV specialist at the Chelsea and Westminster Hospital in London, said more time is needed to see if the virus rebounds.

“I’m waiting. I’m a skeptic about all of this … until a couple of years go by,” he said.

The study was stopped early, in May, when the shot seemed at least as effective as the pills. Final results now show the shot works better — there were 13 new infections among those who got it versus 39 among those taking Truvada, said the study leader, Dr. Raphael Landovitz of the University of California, Los Angeles.

“People can stay protected without having taken a pill every day,” he said. “You get a shot and you don’t have to do anything for two months. That’s incredibly powerful.”

The results “could revolutionize prevention for HIV worldwide” and give a new option for people who don’t want to take a daily pill, Gandhi said.

ViiV has said it will seek U.S. approval for cabotegravir; its eventual price is unknown. Truvada costs $1,600 to $1,800 a month, but what patients pay out of pocket depends on insurance and other factors. With either drug, people are still urged to use condoms to prevent other sexually spread diseases. 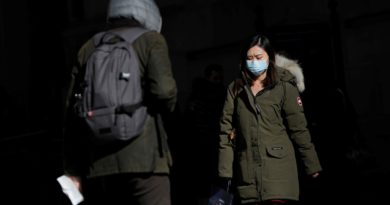 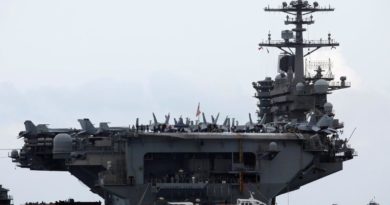 Another 103 sailors from U.S. carrier test positive for coronavirus