Two old satellites have an “alarming” chance of colliding in orbit in the skies above Pittsburgh on Wednesday evening at 6.39 pm local time.

On Monday, LeoLabs, a California company that tracks space debris in low earth orbit, announced that it was tracking the two decommissioned spacecraft.

One is the Infrared Astronomical Satellite (IRAS), a space telescope that was a joint mission between Nasa, the Netherlands and the UK. It ran out of fuel in November 1983.

The second, GGSE-4, is an experimental US payload launched in May 1967 by the US Air Force.

If there is a collision they could potentially create thousands of pieces of new space debris.

There are many factors at play, so it is difficult to assess whether they will collide or have a relative near miss. At present it is predicted that they will come within 12 metres (40 feet) of each other.

The probability of a collision is higher due to the size of IRAS at 3.6 metres across, and because GGSE has an 18 metre boom deployed.

Factoring in the size and mass of the craft, the collision probability was today increased to 1 in 20 from 1 in 100.

Analytical Graphics has a simulation of the two satellites approaching each other more than 550 miles above Pennsylvania.

On Wednesday morning LeoLabs tweeted: “Though it is still unlikely that these objects will collide, we have tasked our radars to schedule longer duration tracking on both objects following the event to search for evidence of any new debris (and hopefully not find any!)”

The company also said: “Events like this highlight the need for responsible, timely deorbiting of satellites for space sustainability moving forward.”

Should the two satellites collide it is unlikely it would be visible without the use of a large lens telescope. A cloud of debris creates problems for other spacecraft. 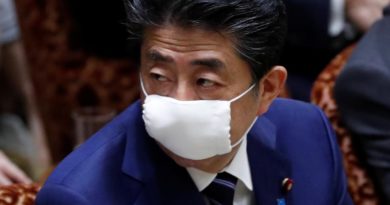