Argentina play Australia at the World Cup as the knockout stage continues in Qatar. Lionel Messi will continue his quest to win the World Cup against an Australia team who defied the odds to reach the last-16, with a place in the quarter-finals now up for grabs. Netherlands defeated the USA in the early match, so the winner here will face the Dutch on Friday 9 December.

Australia are looking to make history by reaching the quarter-finals of the World Cup for the first time, but the Socceroos have already exceeded expectations by beating Denmark and Tunisia to second place in Group D. Graham Arnold’s side may lack star power but they more than make up for it in togetherness and team spirit, as the nation dreams of pulling off what would perhaps be the biggest upset in World Cup history.

Argentina finished top of Group C after recovering from their shock opening defeat to Saudi Arabia, with wins over Mexico and Poland steering La Albiceleste towards the last 16. Argentina’s defeat to Suadi Arabia will show Australia that anything is possible, but Messi and his team-mates will also know that they cannot afford to underestimate the Socceroos here.

Follow all the action with our live blog below, following reaction to Netherlands vs USA in the early match.

66 mins: Acuna whips in a beautiful ball which Alvarez misses in the penalty area!

Then, Messi has a shot from long-range but this one is high into the stands.

Even the best sometimes get it wrong!

He dribbles past two players in the centre of the pitch with his lightning feet and then almost gets a shot off in the box after an exchange of passes.

Sensational stuff! Australia clear their lines from the corner…

63 mins: Australia have a free-kick out on the left: Goodwin’s left-foot delivery is too long though, and Australia regain their shape, eventually clearing their lines.

GOAL! Oh Mathew Ryan what are you doing!

It’s a nightmare for the Australia goalkeeper! He takes a heavy touch with De Paul and Julian Alvarez pressing, and Alvarez simply finishes into an empty net!

The one time Argentina press intensely, they get their rewards! Breathing space for Argentina!

53 mins: Otamendi’s back-pass to Emi Martinez is soft – and the Argentina keeper JUST gets there first and kicks out of play!

51 mins: Messi just stumbles as he shoots from the edge of the box… and it’s comfortable for Ryan.

Argentina dominating the ball, as they switch to five at the back.

Papu Gomez, who looks like he has an injury, comes off for Lisandro Martinez. A defender replaces an attacker. Fascinating!

SECOND-HALF: No changes at the break and we’re back underway at the Ahmad Bin Ali Stadium!

Messi scored with the only shot on target in that first-half. Clinical.

How can Australia turn this around?

By Richard Jolly at the Khalifa International Stadium

The American dream is over but Louis van Gaal can still imagine glory. The Netherlands manager may have been in a minority of one when arguing his team could win the World Cup 2022 but his side marched into the quarter-finals with their best performance of tournament so far. There was vindication in victory for Van Gaal as the Oranje prospered courtesy of his blueprint.

The 71-year-olds has been criticised for abandoning the Dutch tradition of wingers, but his wing-backs proved potent. The second goal was created by Denzel Dumfries for Daley Blind, the third a role reversal.

Dumfries delivered the star turn, with two assists, a goal and a goal-line clearance. Only Johan Cruyff and Rob Rensenbrink had been directly involved in three goals in a World Cup game for the Dutch side before so Dumfries finds himself in elite company.

The other scorers were two survivors of the squad Van Gaal took to the semi-finals in 2014 and then to Manchester United, in Memphis Depay and Blind. Yet while his old boys helped, it was a triumph for the oldest manager in Qatar, a Van Gaal masterclass.

Netherlands’ first-half double seemed to stem from his tactics board, each coming from a low cutback from Dumfries towards the penalty spot. Both were the result of his positioning, with Van Gaal using the wing-back’s pace to get into space behind Antonee Robinson. 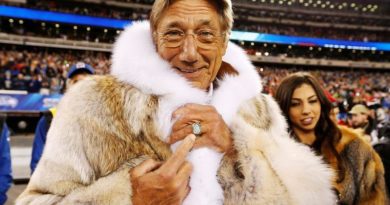