On Saturday, the center-right Christian Democratic Union (CDU) elected Armin Laschet, the premier of the German state of North Rhine-Westphalia, as the new chair of the party.

Laschet is very much seen as the centrist successor to Merkel, who stepped down as party leader in December 2018 and has said she will not stand for reelection as chancellor. Laschet could be the one to replace her as chancellor, too, when Germany holds elections in September.

“He’s definitely seen as the continuity candidate,” Sudha David-Wilp, a senior transatlantic fellow at the German Marshall Fund, said of Laschet, adding that he comes with “bonafide executive experience” as the leader of Germany’s most populous state.

Laschet defeated Friedrich Merz, a much more conservative figure, in a runoff election, 521 to 466, during a party conference that was held virtually because of the coronavirus pandemic. Merz is a hardliner who would certainly pull the CDU rightward in an attempt to pull some voters back from Germany’s far-right party, Alternative for Germany, or AfD. (Another candidate, Norbert Röttgen, a former environment minister, was eliminated in the first round of voting.)

The CDU election offers some — but not much — clarity to Germany’s political future in an uncertain time for both Germany and the world.

Laschet has a very good chance of standing as CDU’s candidate for chancellor in the fall federal elections, but a lot will depend on how the next few months play out, including with upcoming regional elections that will serve as Laschet’s first leadership test. And he will also be closely watched for how he steers his party through the current surge in Covid-19 and the vaccination campaign.

Merkel’s exit has been long-planned, but it is happening in a particularly tumultuous time: Amid the pandemic, a global economic crisis, and political upheavals in allied nations —from the aftermath of Brexit to the future of American democracy. Laschet may be the “continuity candidate,” but with this Saturday’s leadership elections, the reality that Germany’s political future won’t include Merkel is starting to set in.

Laschet is the CDU’s new leader. But a lot can happen before the federal elections.

Merkel has served as leader of the CDU for nearly two decades; she came to power as Germany’s chancellor in 2005. She is, as Vox has previously written, a “boringly stable leader.” In more than a decade in power, Merkel helped make Germany a powerful force within the European Union and effectively managed one of the continent’s strongest economies. With the rise of Donald Trump, Merkel’s staunch defense of democratic values made her the de facto “leader of the free world.”

Her biggest challenge came around 2015, when Merkel welcomed about 1 million refugees from Syria and the Middle East to Germany. She faced backlash against this policy, including from the right flank of her own party.

As her party began to struggle in elections, Merkel stepped down as leader of the CDU in 2018, saying that though she would remain in power as chancellor she would not seek reelection in 2021. Annegret Kramp-Karrenbauer, the defense minister and Merkel ally, won a close leadership contest in 2018 to succeed her as CDU leader. Kramp-Karrenbauer — sometimes called “mini Merkel” — was also seen as Merkel’s preferred choice to carry out her centrist and stable leadership.

That, of course, happened right before the outbreak of the coronavirus, forcing postponements of the CDU leadership contest. Finally, this weekend, the party agreed to host a digital vote, where Laschet emerged victorious.

Laschet very much leaned into the idea that he would follow Merkel’s path, and that, as a moderate, he was better positioned to head the party and the country.

“We’ll only win if we remain strong in the center of society,” Laschet said in his leadership pitch. “We must ensure that this center continues to have faith in us.”

Laschet also specifically mentioned the attack on the US Capitol, framing it as an example of broken trust and polarization, and arguing for stability and centrism as its counterweight.

Laschet’s CDU win means he is very likely to stand as the CDU’s candidate for chancellor when Germany holds federal elections in 2021. But his candidacy is not yet assured, and there are a few other figures in the party who may still emerge as the frontrunners.

The first challenge comes from the CDU’s sister party in Bavaria, the Christian Social Union (CSU). The CDU/CSU jointly put up a candidate for chancellor, and Bavaria’s CSU premier Markus Söder has emerged as a possible contender for the post. No CSU leader has ever successfully won the chancellorship, but Söder is quite popular within the party. Though he broke with Merkel on her “open-door” immigration policies, he strongly backed her up during the government’s coronavirus response, and many saw him, too, as a steady leader during the pandemic.

Health Minister Jens Spahn is another possible candidate. His profile also rose during the coronavirus, as Germany was seen as a world leader in controlling the pandemic in the first wave of the crisis. But his star has dimmed a bit since, and he’s now facing some backlash for Germany’s current struggles with the pandemic.

Germany is currently dealing with a surge in Covid-19 cases. After keeping Covid-19 mortality low for most of the pandemic, the country is, since mid-December, exceeding the US in deaths per capita. Germany, along with other EU countries, has also struggled with its vaccine rollout.

How Germany comes out of this current crisis will be a test of both Merkel and any of the potential leaders vying to replace her. Merkel’s popularity rose during the Covid-19 crisis. Her approval rating is around 70 percent, largely because of her technocratic leadership and her direct, but emotional, appeals to Germans on the need for sacrifice. That could all change if Germany bungles the next phase of the pandemic or the vaccination campaign. And that could rub off on any member of her party who wants to replace her as chancellor.

Overall, CDU leadership contest showed a desire to stick close to Merkel’s centrist formula, at home and likely abroad, too. When it comes to Germany’s role in the world, David-Wilp said that Laschet would likely mirror Merkel, as a realist who values the transatlantic relationship and Germany’s leadership within the European Union. “Those will be traditional foreign policy pillars that he will carry on,” she said.

The CDU is still Germany’s dominant party, with the pro-environmental Greens trailing behind. Support for Germany’s far-right AfD has also flagged because of the coronavirus and political infighting.

But a lot can change between now and elections in September. The CDU contest was a long-delayed reminder that, after 16 years, the Merkel era is ending. The question that’s forming now is what that will look like — and how different it might be. 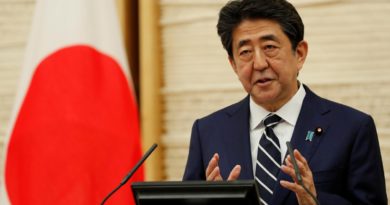 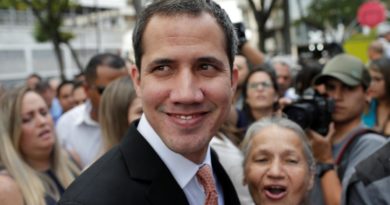