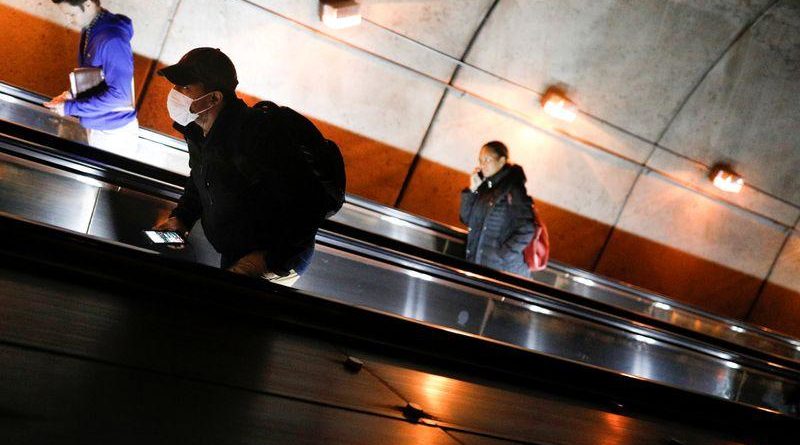 WASHINGTON/NEW YORK (Reuters) – As a worsening coronavirus outbreak tore deeper into the fabric of American public life on Friday, Democratic lawmakers and the Trump administration closed in on an aid package to shield the U.S. economy from the ravages of the global pandemic.

Democrats want sweeping steps including unemployment insurance and funding for food programs, while Republicans have balked at some of those proposals, particularly a plan to provide paid sick leave for employees.

The U.S. House of Representatives was expected to vote later Friday on the economic package after negotiators worked through the night.

The battle against the virus may get a further boost from plans by President Donald Trump to declare a national emergency, opening the door to more federal aid to fight the disease, according to a source familiar with the plan.

The scramble in Washington follows an unprecedented cascade of shutdowns on Thursday, from sports leagues and schools to museums and workplaces. The wave of closures came after health experts urged officials to cancel all large public gatherings to help slow an outbreak that has already killed at least 40 Americans from racing out of control.

On Friday, Boston suspended its annual marathon – the world’s most prestigious – until September because of the fast-spreading virus. The move came the day after most professional sports leagues in North American announced a suspension of play.

Across America, shoppers hit stores in droves to stockpile supplies of food and other essentials like toilet paper, cookies, pasta and paper towels as worry over coronavirus stoked fears of shortages.

At a Trader Joe’s in Manhattan’s Upper West Side neighborhood, the line to get into the store stretched down a city block after shows on Broadway were canceled and big employers like Amazon.com Inc (AMZN.O) encouraged employees to work from home.

Nearby at grocer Fairway Market, the line to check out snaked out the door and down the block. Shelves of pasta, paper goods and cookies were wiped out there.

Shoppers streamed in and out of a Whole Foods store in midtown Manhattan on Friday morning, picking up last-minute items from pantry goods to packs of paper towels.

John Terry, 33, who works in finance, was picking up chicken and other items that his wife was unable to get at grocery stores near their Jersey City home the day before.

“I came here to get some of the things she couldn’t,” he said while leaving the store with a single bag of groceries. “It was insanity,” he said about his local grocery stores. “We have a newborn, so it’s tricky.”

Pressure has been mounting for Trump to announce an emergency under a 1988 law that would allow the Federal Emergency Management Agency to provide disaster funds to state and local governments and to deploy support teams.

The power is rarely used. In 2000, then-President Bill Clinton declared such an emergency to combat an outbreak of West Nile virus.

In a sliver of good news for the U.S. economy, Wall Street stock indexes rebounded on Friday after the worst daily selloff in more than three decades, as investors bet on another round of fiscal easing to thwart a global recession caused by the novel coronavirus.

A person wears a mask while ascending on an escalator at the Rosslyn Metro subway stop in Arlington, Virginia, U.S., March 13, 2020. REUTERS/Tom Brenner

Travel stocks, which have borne the brunt of the rout, led gains, with the S&P 1500 airlines index .SPCOMAIR up 3.4%.

Democrats in the House of Representatives and the Trump administration neared a deal on the coronavirus economic aid package, Speaker Nancy Pelosi and U.S. Treasury Secretary Steven Mnuchin said on Friday.

New York state will begin drive-through testing for coronavirus in New Rochelle, a suburb of New York City where authorities have set up a one-mile “containment zone” around an infection hotspot.

Multiple people could be tested in a single vehicle. “It’s safer to keep them in their car, it’s less exposure overall,” Governor Andrew Cuomo told a news conference on Friday

The pace of U.S. testing for the highly contagious virus that can lead to pneumonia has been heavily criticized.

But Anthony Fauci, the top U.S. official on infectious diseases, said he expected to see the availability of testing increase within a week.

Fauci, head of the National Institute of Allergy and Infectious Diseases, had told Congress on Thursday that the U.S. testing system is not meeting the country’s needs.

Coronavirus has affected some U.S. states particularly hard, including New York, California and Washington state, and has crept into many other states that have acted to try to avoid becoming additional hot spots.

“When kids go to schools it is not just about their education – which I don’t want to interrupt, I don’t want to see kids miss weeks or months of school – it’s where a lot of kids get their meals,” de Blasio told FOX5 New York. 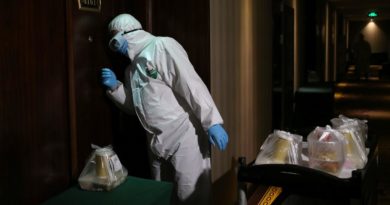 Factbox: Latest on the spread of the coronavirus around the world