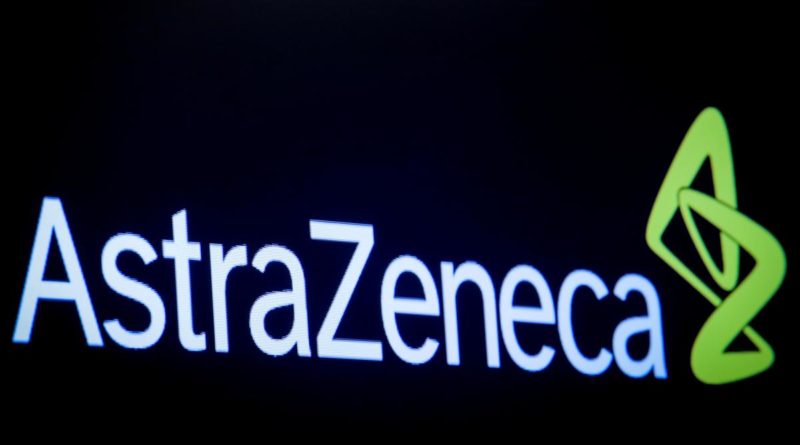 FILE PHOTO: The company logo for pharmaceutical company AstraZeneca is displayed on a screen on the floor at the New York Stock Exchange (NYSE) in New York, U.S., April 8, 2019. REUTERS/Brendan McDermid

(Reuters) – AstraZeneca Plc said on Thursday it had received the first agreements to supply at least 400 million doses of the COVID-19 vaccine it is developing with the University of Oxford.

The British drugmaker said it has a total capacity sourced for one billion doses through 2020 and into 2021, and continues to increase capacity further.

There are currently no approved treatments or vaccines for COVID-19, the disease caused by the new coronavirus, with governments, drugmakers and researchers working on around 100 vaccine programs. Experts predict a safe and effective vaccine could take 12 to 18 months to develop.

AstraZeneca also said it had received more than $1 billion from the U.S. Biomedical Advanced Research and Development Authority for development, production and delivery of the potential vaccine.

Development would include a planned late-stage clinical trial with 30,000 participants and a paediatric trial. It said results from an early stage clinical trail in southern England were expected shortly and, if positive, would lead to late stage trials in a number of countries.

The company also said it was engaging with international organisations, including the World Health Organisation (WHO), for the fair allocation and distribution of the vaccine around the world.

AstraZeneca said it recognised that the vaccine may not work, but was committed to progressing the clinical program at speed and scaling up manufacturing.

It said it planned to start supplying the vaccine in the United Kingdom in September.

The U.S. Military Has Joined the War Against the Coronavirus. But Its Firepower is Limited.