President Joe Biden had his first call with Russian President Vladimir Putin since taking office — and he immediately brought up several major points of contention between the US and Russia that his predecessor, former President Donald Trump, notoriously refused to address.

During a briefing on Tuesday, White House press secretary Jen Psaki provided a summary of the afternoon call between the two leaders. Based on the litany of topics she relayed, it sounds like Biden took Putin to task in what was surely an uncomfortable conversation.

Biden pressed Putin on the poisoning of Russian opposition leader Alexei Navalny, which many suspect was an assassination attempt ordered by the Kremlin, as well as the government’s arrest of hundreds of protesters who demonstrated in support of Navalny last weekend.

Earlier on Tuesday, the US and six other G7 nations released a statement condemning the Kremlin for the poisoning, the protest crackdown, and for detaining Navalny last week on seemingly bogus charges.

During the call, Biden also affirmed America’s support for Ukraine’s sovereignty, which has been under threat since Russia invaded the country in 2014. During his confirmation hearing to be secretary of state last week, Antony Blinken told the Senate Foreign Relations Committee that the Biden administration would continue to support Kyiv with lethal aid.

Biden also brought up three major issues related to Moscow’s belligerence toward the United States: Russia’s interference in the 2020 election; its alleged ties to the hacking of dozens of US government agencies and Fortune 500 companies by infiltrating SolarWinds software; and reports that Russia had offered cash bounties to Afghan militants to kill American troops in Afghanistan.

If it seems like Biden was trying to stand his ground against Putin, it’s because he was, his staff told reporters. “His intention was also to make clear that the United States will act firmly in defense of our national interests in response to malign actions by Russia,” Psaki said, before the White House released a summary of the call.

In general, a phone call between US and Russian leaders might be noteworthy because of the tensions between the countries. But in this case, the conversation stands out for how different it was in both substance and tone from how Trump routinely spoke to Putin throughout his presidency — with deference and praise.

“Finally we have a president who will confront Putin on the real issues at hand,” said Alina Polyakova, president of the Center for European Policy Analysis in Washington. “This was the wish list for everything that should have been discussed for the last four years, but wasn’t.”

Given chance after chance, Trump failed to confront Putin on Russia’s many aggressions against the United States, and more often than not sought to ingratiate himself with his counterpart.

Despite clear evidence that the Kremlin interfered in the 2016 and 2020 elections, Trump called such accusations a “hoax” meant to delegitimize his presidential victory and administration. And in multiple meetings with Putin, Trump seemed to accept the Russian president’s denials that the Kremlin had meddled in America’s democratic process.

In early 2018, Trump’s aides told him not to congratulate Putin on his reelection as Russia’s president during a call. But Trump did so anyway, ignoring an all-caps “DO NOT CONGRATULATE” note and the fact that Russia doesn’t hold free and fair elections. What’s more, Trump ignored talking points to condemn Russia’s poisoning of a former Kremlin spy living in the UK.

After the SolarWinds hack, Trump refused to even mention it or put out a statement. When he had to discuss the issue, he made sure not to blame Russia and reportedly told aides that China was behind it all. Trump also refused to condemn the Kremlin over Navalny’s poisoning.

There are more examples, but you get the idea. And while the administration did counter the Kremlin where possible — like defending election infrastructure against hacks and sanctioning key regime members — much of that happened against Trump’s wishes, not because of them.

Further, Trump approved the sale of anti-tank weapons to Ukraine in 2017 to help the country defend itself against Russia, a move the Obama administration had refused to make. Trump also infamously withheld that aid to try to pressure the Ukrainian president into investigating Biden’s family.

It’s therefore safe to say that the Biden-Putin phone call doesn’t only mark a new tone. It indicates a new era in US-Russia relations, one in which the president of the United States will actually stand up for his country and its values against the Russian strongman.

“This is how a President asserts US interests and values,” Rep. Adam Schiff (D-CA), who led the first impeachment process against Trump and chairs the House Intelligence Committee, tweeted after the call. 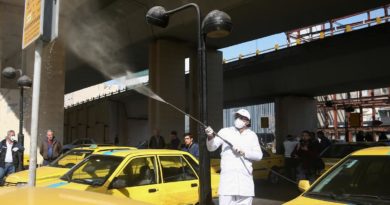 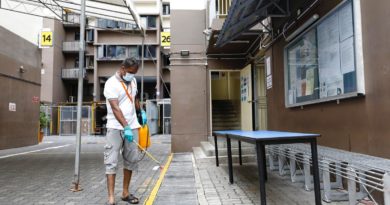 George Floyd protests: What sparked clashes across US – and what happens next?