President Joe Biden nominated Dr. Robert Califf, a former commissioner of the Food and Drug Administration (FDA) to head the agency again. Biden’s nomination will now go to Congress, which has to confirm Califf.

Since Biden took office, health officials have been waiting for him to appoint a new head after Dr. Stephen Hahn, who was widely criticized by the scientific community for not taking a stronger stand against the Trump Administration’s support of unproven COVID-19 therapies, left the post in January. The FDA is the regulatory agency responsible for reviewing the safety and efficacy of drugs, devices and medical therapies and is the key gatekeeper for evaluating new COVID-19 vaccines and drug treatments. Biden left the position open for nearly maximum time allowable—by law, he had until Nov. 15 to appoint a new commissioner—which some medical experts say have not helped public confidence in the agency’s decisions in the meanwhile. On the other hand, Biden appointed Dr. Rachelle Walensky to take charge of the Centers for Disease Control in December, even before he himself took office.
[time-brightcove not-tgx=”true”]

The FDA has been mired in controversy throughout the pandemic. Early in 2020, agency granted emergency use authorization (EUA) for hydroxychloroquine, the malaria medication that early studies suggested might help to treat COVID-19 and was championed by Trump, but turned out not to provide much benefit. The agency later withdrew its authorization. In August 2020, the FDA also granted an EUA for convalescent plasma, or plasma obtained from recovered COVID-19 patients and reinfused to help new patients, but later limited its use to plasma from certain types of patients who had the most robust responses to their natural infection.

Then in June of this year, the FDA approved a controversial Alzheimer’s drug, the first treatment for the disease, despite concerns raised by many Alzheimer’s experts about the robustness of the data showing benefit for patients as measured by cognitive tests. FDA officials also met with one of the drug company’s scientists at a scientific conference, which may have been inappropriate for a regulatory agency that is tasked with objectively reviewing safety and efficacy data for a drug.

Califf, a heart disease expert at Duke University, served as head of the FDA for a year under President Barack Obama. He brings to the agency a strong understanding of the clinical trial process, which provides the data the FDA reviews in order to approve new drugs, having served as vice chancellor for clinical and translational health at Duke University. He was also a senior advisor to Verily Life Sciences and Google Health. However, there have been concerns raised about where his allegiances lie. During his September 2016 nomination hearing for the role under the Obama Administration, he was grilled by several Democrats, including Senators Elizabeth Warren and Bernie Sanders, who questioned his close ties to the pharmaceutical industry. In a 2017 podcast, Califf admitted that during the hearings, Warren “put me through hell” in questioning how clinical trials work and the relationship and role of industry in that process.

During Califf’s brief tenure at the FDA, he overruled the advice of the agency’s expert advisory committee on the drug eteplirsen, a new treatment for muscular dystrophy. The committee thought the risks of the drug outweighed the benefits; Califf approved the drug, backing the decision of his oficials, making the argument that under accelerated approval, which kicks in when there is an unmeet need and no available treatments for a rare condition, FDA has authority to grant approval it believes is in the best interests of patients.

Already, Sen. Joe Manchin of West Virginia, a Democrat who opposed Califf’s first nomination over his perceived closeness to pharmaceutical interests that perpetuated the opioid crisis, voiced his continued opposition to Califf taking over the FDA. “Dr. Califf’s nomination and his significant ties to the pharmaceutical industry take us backwards not forward,” Manchin said in a statement reacting to Biden’s choice. “His nomination is an insult to the many families and individuals who have had their lives changed forever as a result of addiction. I could not support Dr. Califf’s nomination in 2016 and I cannot support it now.” 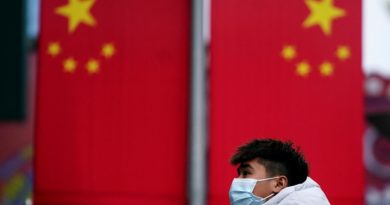