All of a sudden, the news on the US Covid-19 vaccine front seems immensely positive. It’s so positive, in fact, that the words Americans have been waiting to hear now seem true: You will almost certainly get a vaccine soon.

President Joe Biden shared the good news on Tuesday. As he told reporters, “We’re now on track to have enough vaccine supply for every adult in America by the end of May” — two months earlier than the July timeline he gave before.

It’s not just Biden. Last month, Anthony Fauci, the top federal infectious disease expert, said he expected it to be “open season” for vaccines in late May or early June. Over the past few weeks, experts I’ve talked to have also sounded increasingly positive about the prospects of every adult in the US getting a shot in the next few months.

The national vaccination numbers reflect that: The US is now averaging 1.9 million shots administered a day as of March 2, up from less than 1 million in mid-January. Even if that number doesn’t improve — which seems unlikely — the current rate puts the country on track to hit herd immunity, when enough people are immunized to stop the spread of the virus, by the end of the summer.

None of this is guaranteed. There are still major questions about how this will all play out, from questions about when exactly states will ease their vaccination criteria to whether manufacturing and distribution will really manage to keep up. Different states, counties, and even cities will likely have different experiences.

So, unfortunately, it’s not clear when, exactly, any particular person will finally get a shot. We just don’t know yet.

The good news is also not a sign that we should collectively relax on following the basic precautions against Covid-19, including masking and physical distancing, just yet. Vaccines will likely let us get our lives back to normal — and if you’re vaccinated and want to privately meet with other people who are vaccinated, that’s probably fine.

But as a society, and particularly in public settings, it’s important we wait until the vast majority of people are vaccinated to truly ease up: With thousands of people still dying every day from Covid-19, the precautions we’ve all heard about over the past year remain crucial for saving lives — potentially tens of thousands, if not hundreds of thousands, of them. (So it’s concerning that some states, like Texas and Mississippi, are now moving to reopen and end restrictions, including mask mandates.)

Still, that shouldn’t obscure the fact the vaccine news is very good. A finish line is finally visible with this pandemic. Now it’s on us and our leaders to make sure as many of us make it there as possible.

The vaccine rollout has improved dramatically

Early on in America’s vaccine rollout, the news wasn’t good.

Across much of the country, there were reports of equipment breaking down, inadequate staffing, and vaccine doses going unused. After boosting the research and development of vaccines, former President Donald Trump’s administration appeared to do little to nothing to ensure the inoculations were actually distributed — instead dropping off doses with states, and letting them figure out the rest. When Biden first said he wanted to get 1 million vaccines administered a day, that goal seemed ambitious in the context of a messy rollout.

Then things quickly started to improve. States and cities began to get better at distributing shots — fixing logistical hurdles, in some cases simplifying state criteria to maximize speed, and, as a result, turning more of the vaccine supply they got into shots in arms. The federal government offered more support: The billions in funding Congress approved in December started to roll out, and the new Biden administration offered more proactive guidance while steadily increasing the supply of vaccines delivered to the states.

Today, the US has swept way ahead of Biden’s original goal of 1 million vaccines a day. The country is now averaging more than 1.9 million shots administered a day (after a temporary slowdown late last month due to the winter weather), and looks likely to reach an average of 2 million a day this week. Based on what drug companies have promised, the US will likely hit a supply capacity of at least 3 million vaccines a day this month.

While there are still crucial, unresolved questions about whether and how federal, state, and local governments will actually turn that supply into shots in arms, the past few weeks of better distribution offers some confidence it’s possible, even likely, that they will manage.

To put those numbers in context: At the rate of 2 million shots a day, the US will reach what scientists expect to be herd immunity — around 80 percent of the country vaccinated — in the late summer. At 3 million a day, the country could reach herd immunity by mid-summer, giving us the second half of summer to, hopefully, enjoy a life a lot closer to the pre-pandemic normal.

Many important questions remain: Will the vaccine manufacturers actually deliver on their promises? Will the federal government ship out the vaccine supply quickly, and support states and localities in actually administering those doses? Will states, counties, and cities be able to handle the rapid rise in distribution? Will new Covid-19 variants affect the efficacy of the vaccines? (So far, the early research suggests the vaccines are still effective against the variants, but it’s worth keeping an eye on.)

And, perhaps most importantly, will enough Americans want to get vaccinated? Surveys show that roughly 30 percent of Americans are hesitant. If that holds up, it would likely be enough to eliminate the chance of true herd immunity, especially since every adult will have to get vaccinated to reach the required threshold as long as a vaccine isn’t available for kids yet.

On a more individual level, there’s a lot of uncertainty about when, exactly, one will be able to get a shot. States have eased their criteria for who can get vaccinated at different rates. Some are still working on what the next phase of distribution will look like, much less the phase after that. So whether any individual person who is not in one of the current priority groups will get a shot in March, April, or May — or even later — will likely vary from state to state.

But we can say, with at least some certainty, that the country is on track to make a vaccine available to all adults this summer or earlier.

Along with the good vaccine news, we’ve also had some positive news in other areas of Covid-19 in the past few weeks: The number of cases, hospitalizations, and deaths have dramatically dropped from their all-time peaks following the holidays. The US isn’t in the clear yet — in a concerning sign, the drop in cases started to level off last week — but it’s certainly in much better shape than it was just a few weeks ago.

Now, some state officials, including in Texas and Mississippi, have responded by lifting Covid-19 restrictions, including limits on reopened businesses and mask mandates.

But experts say it’s still too soon. In response to Texas’s announcement that it was ending its mask mandate and other restrictions, Peter Hotez at the Baylor College of Medicine told the Houston Chronicle, “I would recommend holding off. Let’s wait another two weeks.”

This is in many ways a repeat of the same mistake the US has made throughout the Covid-19 pandemic: When things get better, the country is too quick to loosen up — before spread is contained to a truly manageable level. So there’s enough virus still out there, as people start gathering again, to jump from person to person. This fueled one surge of Covid-19 after another back in the spring, summer, and fall — making the US’s epidemic one of the deadliest per capita among wealthy nations — and it seems to be happening once again.

It’s particularly grim now, though, because the finish line to this pandemic is finally in sight. This is something experts have emphasized for some time now: If we know the end is just a few months away, then we should make every effort to hold down Covid-19 infections until then — to ensure as many people make it through to the finish line as possible. But to do that, the public and its leaders have to remain vigilant. The US has simply not done that since the start of the pandemic.

That’s not to say that getting vaccinated won’t open up new possibilities for you. Based on the current evidence, the vaccines are very effective at protecting the vaccinated, and they do appear to reduce at least some risk of infection and transmission. The evidence is strong enough that experts say it’s probably fine to hang out with other people who are vaccinated and, yes, give them a hug.

But beyond the individual level, society still needs to maintain some restrictions to protect the people who haven’t gotten a vaccine yet. That means continued physical distancing and masking in public settings.

To put it simply: We’re almost to the point where those kinds of restrictions are in the past. But not quite yet.

Sign up for The Weeds newsletter. Every Friday, you’ll get an explainer of a big policy story from the week, a look at important research that recently came out, and answers to reader questions — to guide you through the first 100 days of President Joe Biden’s administration. 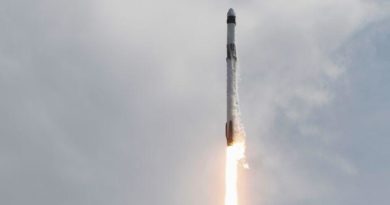 On climate change, Exxon, BP, Shell, and other top oil companies have a long way to go