When President Joe Biden meets virtually with the leaders of Japan, India, and Australia on Friday, he’ll be doing much more than joining a routine gathering of nations. He’ll be showcasing the growing importance of an informal alliance of those four countries to counter China, known as “the Quad.”

The Quadrilateral Security Dialogue, an idea formed in the aftermath of the devastating 2004 Indian Ocean tsunami, has never had its heads of government meet before. And despite 14 years of trying to making it an effective forum to coordinate policy in the Indo-Pacific, it rarely did much of substance.

But Friday’s session is set to change that.

Senior administration officials said the Quad will announce an “historic” and “unprecedented” financing agreement to help India, the world’s second-most-populous country, produce 1 billion vaccines by 2022. Nikkei Asia on Wednesday noted the group plans to build a supply chain of rare-earth minerals that could erode China’s dominance in the making of products such as smartphones and batteries for electric vehicles. And multiple sources say the four nations will, for the first time, release a joint statement about their shared vision for regional cooperation.

The presidential-level meeting and these moves, then, “is a declaration that the Quad is here to stay,” said Tanvi Madan, an expert on the group at the Brookings Institution.

But the group’s newfound prominence isn’t without controversy. Beijing views it (understandably) as expressly designed to thwart China’s economic and military aims.

While most experts see it that way, too, no member state — including the US — will outwardly say concerns about China animate the Quad. Instead, they claim it exists for like-minded democratic nations to improve the lives of millions in the region and maintain the geopolitical status quo.

State Department spokesperson Ned Price, for example, told reporters this week that the group deals with “urgent challenges” but wasn’t “about any single competitor.”

What happens on Friday will thus impact the future of both America’s engagement in the Indo-Pacific and US-China relations. The expectation is Biden and his counterparts will solidify the Quad’s place in those futures.

“For the United States, this is a big buy-in,” said Sheila Smith, a senior fellow for Japan studies at the Council on Foreign Relations (CFR) in Washington, DC. “This is a pretty significant statement of American intent to build with these countries a framework for the region going forward.”

What is the Quad?

The Quad was born out of tragedy and necessity.

In December 2004, a 9.1-magnitude earthquake struck the Indian Ocean off the coast of Indonesia, unleashing the deadliest tsunami in recorded history. Around 230,000 people were killed by the earthquake and tsunami in a matter of hours. Its effects were felt mostly in Indonesia but also as far away as eastern Africa. The event caused an estimated $10 billion in damages worldwide, making it one of the worst-ever humanitarian catastrophes.

Armed forces from the United States, India, Japan, and Australia all pitched in to help with the response and even worked together in what was known as the Tsunami Core Group. That coordination cell was effective and proved the concept of quadrilateral cooperation. But after all the ships and helicopters returned to their bases, there was no real follow-up to turn the four-way partnership into something longer lasting.

Then, in 2007, Japanese Prime Minister Abe Shinzo was talking with aides about how to turn his more hawkish foreign policy views into actual policy. One way to do that, CFR’s Smith told me, was “to put values diplomacy at the center of [Japan’s] thinking about working with partners in the region.” Plus, it’d be good if strong democracies banded together to keep the Indo-Pacific free and open for trade, among other things.

The Japanese government recalled the success of the four-nation tsunami team and considered that a potential model for such a group.

A flurry of discussion led to some progress in 2007 as the nascent Quad held one military drill and round of dialogue. But after China sharply criticized the group’s formation, Australia (and also India, some say) got cold feet and withdrew from the four-nation team in order to maintain good relations with China.

Abe’s Quad dreams were thus crushed and remained so for 10 years.

“You have to remember that this was a different period in how these countries thought about relations with China,” Smith told me, noting they hoped to engage Beijing and thereby encourage it to become a more responsible player on the world stage. “Flash forward a decade, now we have very different thinking about Chinese power.”

Confrontation, not cooperation, with China became the preferred approach in Washington, ushered in partly over the last four years by former President Donald Trump.

In November 2017, the Trump administration revived the Quad idea with their foreign counterparts. The four nations said they’d work together to patrol regional waterways where China was acting aggressively, such as in the South China Sea. That led some commentators and Chinese officials to speculate they were witnessing the embryonic stages of an “Asian NATO,” a reference to the North Atlantic Treaty Organization, which began as a military alliance to counter the Soviet Union in Europe.

The Quad’s members shut down any talk of that nature, releasing public statements that never cited China’s rise for the Quad’s return. “The discussions focused on cooperation based on their converging vision and values for promotion of peace, stability and prosperity in an increasingly inter-connected region that they share with each other and with other partners,” a statement from India’s Ministry of External Affairs read at the time.

But experts are nearly unanimous that the Quad rides again because President Xi Jinping has turned China into an openly antagonistic power. Among other things, he’s solidified control over the supply chains of key industries, and harassed neighbors at sea for territorial and energy gains.

China has also gotten into a deadly fight over a disputed border with India, started a trade war with Australia, hacked the US government, and for years used its might to push Japan around on economic and military matters.

The animating idea behind the Quad, then, is that all four nations have a better chance of curbing China’s aggression together than apart. How exactly to confront Beijing, though, was the group’s long-unanswered question. “Quadrilateral cooperation was always a beautiful opportunity in search of a genuine agenda,” said Eric Sayers, an expert on US-China relations at the American Enterprise Institute.

Officials from the group have met at least seven times since 2017, but always below the presidential or prime ministerial level, to discuss concerns ranging from China’s trade practices to its growing military power. And last November, warships and warplanes from the four nations met for the Malabar military training exercise in the Indian Ocean, the greatest show of strength by the Quad members to date.

But despite various meetings and statements supporting the Quad, it wasn’t really doing more than maritime training and expressing the need for broad cooperation, experts said. The best some could say was that the group brought the nations closer together and made the idea of a four-way framework in the Indo-Pacific more palatable.

The Quad, then, was a fine venue for the nations to interact, but mostly toothless.

Toothless, that is, until now.

A common thread in Biden’s foreign policy is the belief that solving big problems requires the US to work with allies and partners. Confronting China is one such challenge, and the Quad serves as a ready-made way to do just that.

The two expected outcomes of Friday’s meeting are cases in point. India’s billion-plus population needs help to manufacture and distribute coronavirus vaccines. Instead of turning to China for that, the Quad’s three other nations are prepared to offer financial assistance.

“Something like the vaccine initiative will be the Quad’s most prominent, tangible outcome in some ways,” said Brookings’s Madan. It also has the “added benefit of saying to the region that this isn’t just about China.”

“It’s proof of concept for the Quad,” she added.

China also produces around 60 percent of the world’s rare-earth minerals, which has both Republicans and Democrats calling for the US to challenge Beijing on that front. If China continues to mine and refine most of the world’s rare earths, it will have a greater say in the future of telecommunications, green technology, and other important industries of the future that rely on these elements.

Part of Biden’s platform is to modernize America’s economy to compete with China in those sectors, which requires loosening Beijing’s grip on the rare-earths supply chain. That’s a massive challenge, but one made easier with big countries like India, Japan, and Australia willing to help, experts say.

In addition to potential movement on climate-related matters, there’s also an expectation that the four nations will release a joint statement, the first such statement of its kind for the Quad. Stimson’s Lalwani said such a united effort, while pro forma, would show the Quad is seen now as an important multilateral group, not just some side project.

“The Quad’s trajectory is clearly upward,” he said.

That portends potential trouble with China, and Beijing has already made its displeasure with the group’s rise known.

Last October, Chinese Foreign Minister Wang Yi said, “What [the Quad] pursues is to trumpet the Cold War mentality and to stir up confrontation among different groups and blocs and to stoke geopolitical competition.” That’s more heated rhetoric than he used back in 2018, when he called the concept of the Quad “sea foam” because it would soon dissipate.

But the Biden administration isn’t cowed and has stated emphatically that the Quad is a central part of its plans. The group is “fundamental, a foundation upon which to build substantial American policy in the Indo-Pacific region,” National Security Adviser Jake Sullivan said during a January event at the US Institute of Peace.

That’s the right outlook, most experts told me. “If China was behaving fine, you wouldn’t see these countries engage on these things,” said Madan.

After Friday’s meeting, then, it’s likely the Quad will have officially moved from a fringe idea into a centerpiece of four nations’ designs for the region, one that could bring China to heel.

“The goal here is basically to introduce the Quad as a new feature of regular diplomacy in the Indo-Pacific,” a senior administration official told Reuters this week.

US airlines can ban emotional support animals from flights 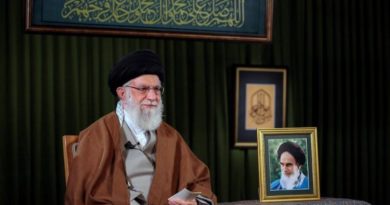