There are two sides to every breakup. And as Britain prepares to leave the European Union Friday night, the EU is somberly marking its departure.

Nothing captured this quite so well as the official removal of the UK flag from the various EU headquarters buildings.

As an EU member state, Britain’s flag stood proudly alongside the other 27 others in the bloc in the European Council building in Brussels. But as midnight approached on the continent, the time when the UK’s membership officially expires, EU officials solemnly removed the country’s symbol, respectfully folding it up and taking it away.

The same went for the outdoor flags. The EU pulled down Britain’s Union Jack outside the European Parliament, and put up the stars of the European Union flag in its place.

The low-key, quiet moment captured the strangeness of Brexit day. The UK will cease to be a member in the European Union, the breakup now definitive. And though not much will change as the EU and UK enter a transition period, the sense of an ending is hard to ignore.

The EU is legitimately sad about Brexit

“We are more weak than together, it’s clear,” Michel Barnier, the EU’s chief Brexit negotiator, told the BBC. “It is the UK’s choice to leave,” Barnier continued, but “we have to deliver this vote even if we regret this vote.”

“And thoughts go to the millions of British citizens who are sad, as we are sad, today,” Barnier added.

These aren’t just platitudes. Barnier and other EU officials have expressed similar sentiments throughout the Brexit process. Britain’s exit is a gut punch to the European project.

The European Union was established in the wake of World War II with the ambitious goal of ending conflict on the continent. The European community came together on the belief that close cooperation and economic integration would ensure that the first half of the 20th century, with two devastating world wars, would not repeat itself.

The European Union has transformed — developing its own currency, creating a single market — since its early inception, but it has largely succeeded in its original goal.

The remaining 27 member states still in the EU saw the United Kingdom as an integral part of that project for almost a half-century, even if its relationship with the EU was complicated at times.

Britain is the first member state to break with the union, and now that it’s leaving, the EU has been unequivocal about its regret (and in some cases, worry) over fissures in the European experiment.

“We want to have the best possible relationship with the United Kingdom,” president of the European Commission, said Friday. “But it will never be as good as membership.”

In this sense, it really, truly is a breakup. (No, really, the EU is super emo right now.)

My dear British friends. We were, we are, and we will always be a Community. And no brexit will ever change that. ❤️

When the European Parliament ratified the Brexit deal earlier this week, representatives of the remaining member countries even marked the moment by holding hands and singing “Auld Lang Syne.”

Moment of unity: EU Parliament comes together to sing #AuldLangSyne

“And there’s a hand my trusty friend
And give me a hand o’ thine
And we’ll take a right good-will draught
for auld lang syne”#Brexit pic.twitter.com/hMGlt8c7AE

And, of course, it’s not just the EU that’s in a sad and reflective mood. The Brexit vote in 2016 was close, with the UK nearly split on the question. Those divisions have deepened, not gone away, since then, and many people across Britain are worried and unsure about what a future outside of Europe will mean.

This is especially true in Scotland, which voted overwhelmingly in 2016 to stay in the EU, opposed Brexit, and is, again, talking about potentially seeking independence and rejoining the EU on its own. “Leave a light on for Scotland” has become the rallying cry.

This is part of the reason the official Brexit celebrations are relatively muted; the UK government has no doubt read the room and recognized Brexit is not the moment for gloating or ostentatious celebrating.

At home, the country is still divided and exhausted from the bruising Brexit battles of the past year. It is turning away from a four-decade partnership with the EU, with which it must quickly begin intense negotiations with soon. Even those who are thrilled about the UK’s exit can’t predict with certainty what comes next. 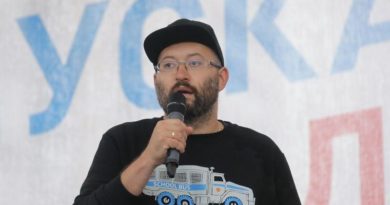 Coronavirus response: what the US military can and can’t do

2020 election: A historian on the perils of chaotic White House transitions

President Donald Trump is still pretending he won the election. That’s embarrassing for him on a personal level, but there