A patient in California has been diagnosed with the Coronavirus despite no known links to any outbreaks overseas.

The case may be proof that the fatal illness has begun spreading within communities in the US, the CDC warned.

The news came as President Trump held a White House press conference outlining his adminstration’s response to the epidemic but downplaying how widespread he expects it to become.

The Centers for Disease Control and Prevention reported the case Wednesday night but did not release any additional details.

It takes the number of confirmed U.S. cases up to 61.

All of the 60 other cases have had confirmed links to the disease – either traveling from abroad or being in close contact to those who had. Health officials have been on high alert for what they call community spread.

Earlier U.S. cases included 14 in people who traveled back from outbreak areas in China, or their spouses; three people who were evacuated from the central China city of Wuhan; and 42 American passengers on the Diamond Princess cruise ship who were evacuated by the federal government to the U.S. from where the ship was docked in Japan.

The CDC reported the case just hours after Trump gave a defiant speech on the liklihood of the virus reaching pandemic levels within the US.

“This ends. This is going to end,” the president said. “Hopefully sooner rather than later.”

He sharply broke with what top US health officials said on Tuesday when they said it is a matter of when the virus arrives in the United States.

“No, I dont think it’s inevitable. It probably will, It possibly will,” he said. “This will end. … Nothing’s inevitable.”

Mr Trump described his administration as “very, very ready” to deal with the virus. 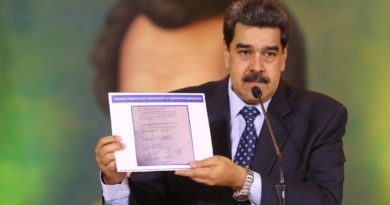 Iran attack: More US soldiers diagnosed with brain injuries after strike, despite Trump downplaying them