Mr Biden had criticised Mr Trump for what he called “his spread of racism” on Wednesday, calling him the “first” racist to be elected president.

“The way he deals with people based on the colour of their skin, their national origin, where they’re from, is absolutely sickening,” said Mr Biden. “No sitting president has ever done this.”

“We’ve had racists, and they’ve existed. They’ve tried to get elected president. He’s the first one that has.”

Charlamagne, The Breakfast Club radio host, was quick to rebuke the presidential hopeful in his programme on Thursday, labelling the former vice president “donkey of the day” for his comments.

“I really wish Joe Biden would shut the eff up forever and continue to act like he’s starring in the movie A Quiet Place because as soon as he opens his mouth and makes noise, he gets us all killed, OK?” the presenter said.

“There’s already so many people who are reluctantly only voting for Joe Biden because he’s the only option and because Donald J Trump is that trash.”

A number of previous presidents owned slaves, including founding fathers George Washington and Thomas Jefferson. Charlamagne accused Mr Biden of perpetrating a “revisionist history” that “relinquishes America of all responsibility of its bigotry”.

“Donald Trump is not the first and sadly he won’t be the last,” he said. “He’s just more overt with his racism than most presidents we’ve had in recent times. That’s why when Joe Biden incorrectly refers to Donald Trump as America’s first racist president … we have to check that immediately.”

“How are we ever going to atone for America’s original sins if we don’t acknowledge them?” Charlamagne asked. “How the hell can Donald Trump be the first racist president in a country where 12 presidents before him owned slaves?”

America’s past, and conspicuous reminders of its less savoury aspects like statues commemorating Confederate leaders, has come under intense scrutiny amid nationwide demonstrations against systemic racism following the death of George Floyd. 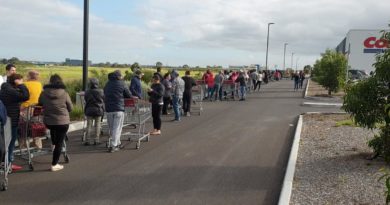