China’s use of international diplomacy to flout human rights represents the greatest threat to the global system for holding governments to account since its beginnings in the 20th century, experts in civil liberties have warned.

Beijing’s grip on the lives of ordinary Chinese citizens has continued to extend under President Xi Jinping – including the imprisonment of approximately a million Uighur Muslims in the north who now live under constant surveillance by Communist Party Officials, and the degradation of autonomy in Hong Kong that has led to almost a year of protest in the semi-autonomous region.

Now the Human Rights Watch has warned the totalitarian approach of the country is extending onto the global stage – with a carrot and stick diplomacy Beijing wields to stifle criticism from world governments that remain too preoccupied to challenge China, or too keen to access its markets to consider rebuking the nation’s ruling party.

“At home, the Chinese Communist Party, worried that permitting political freedom would jeopardize its grasp on power, has constructed an Orwellian high-tech surveillance state and a sophisticated internet censorship system to monitor and suppress public criticism” Human Rights Watch Executive Director Kenneth Roth said in the NGO’s latest report on the state of global human rights.

“Abroad, it uses its growing economic clout to silence critics and to carry out the most intense attack on the global system for enforcing human rights since that system began to emerge in the mid-20th century.”

Mr Roth had been due to unveil the scathing attack on Beijing – and the rest of the report on the state of global human rights – in Hong Kong, but was blocked at the city’s airport earlier this week.

He went on to claim that the human rights consensus established in the wake of the holocaust and other horrors of World War Two was able to be degraded by China due to “a perfect storm” of China’s power, a growing group of like-minded rulers, a “void of leadership” among those committed to defending civil liberties, and “democracies willing to sell the rope that is strangling the system of rights that they purport to uphold.”

He added “To make matters worse, several countries that once often could have been counted on to defend human rights have been missing in action. US President Trump has been more interested in embracing friendly autocrats than defending the human rights standards that they flout.

“The European Union, diverted by Brexit, obstructed by nationalist member states, and divided over migration, has found it difficult to adopt a strong common voice on human rights.

“Even as people have taken to the streets for human rights, democracy, and the rule of law in Algeria, Sudan, Lebanon, Iraq, Bolivia, Russia, and Hong Kong in an impressive wave of global protests, democratic governments have often responded with lukewarm and selective support”.

In response to the report Mr Geng said he had not read the document but that such publications routinely “turned a blind eye on facts and confused right and wrong with no objectivity at all.”

He added the Chinese people had the final say on the state of human rights in the country, which he described as “in the best period of history.”

A Hong Kong government spokesman said that “one country, two systems” has been “fully and successfully implemented,” and that the local government is committed to safeguarding human rights and freedoms. 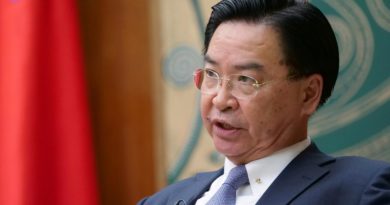 Taiwan says did not receive WHO meeting invite, issue off the table for now