Disneyland in mainland China will close amid a deadly virus outbreak that has put multiple cities on lockdown, according to its operator.

The Shanghai theme park said it will shut down indefinitely on Saturday to prevent the spread of the flu-like disease during a busy holiday period that usually sees visitors flock to the resort.

Beijing’s Forbidden City, another major tourist destination, has also joined Disneyland in closing its doors in time for Lunar New Year over the outbreak.

Disney said it would refund tickets for admission to Shanghai Disneyland or other services at the resort. “We will continue to carefully monitor the situation and be in close contact with the local government,” the park said.

Thirteen cities are now on lockdown in central China — affecting around 41 million people — as authorities try to contain a new coronavirus that has killed at least 26 people.

Authorities effectively quarantined Wuhan, the central Chinese city at the heart of the outbreak, on Thursday, suspending all transport and asking people not to leave.

The National Health Commission said more than 830 people have now been infected with the disease, whose symptoms mirror the flu but can worsen to pneumonia.

Wuhan hospitals have called for donations of protective equipment such as masks and suits, as supplies ran low and the number of cases grew.

The virus has been traced back to a market in Wuhan, which has seen the majority of patients infected with the disease since the outbreak started.

Cases have also been detected in Thailand, Vietnam, Singapore, Japan, South Korea, Taiwan and, recently, the US.

Fourteen people have been tested for the suspected coronavirus in the UK, with nine awaiting test results and the rest coming back negative, according to Public Health England (PHE).

The World Health Organisation (WHO) on Thursday declared the new coronavirus an emergency for China but stopped short of declaring the epidemic of international concern. 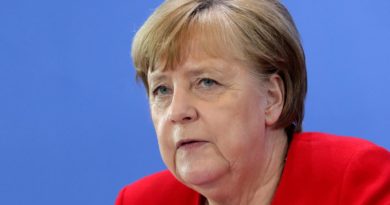