China has published a white paper defending its Xinjiang internment camps for Uighur Muslims and other ethnic minorities following the US announcing it will block some exports from the region over alleged human rights abuses.

Beijing’s paper, published on Thursday, also gives some indication of the scale of the labour programmes, stating that an average of 1.29 million workers, including 415,400 from southern Xinjiang, were “trained” annually between 2014 and 2019.

The document does not clarify whether workers have passed through these “vocational training centres“ multiple times.

However, a total of almost eight million people – out of Xinjiang’s population of 22 million – may have been through the programme, according to the report’s figures.

In the report, the  Chinese Communist party government defends its labour programme by claiming it exists to alleviate poverty through employment, saying: “Through its proactive labor and employment policies, Xinjiang has continuously improved the people’s material and cultural lives, and guaranteed and developed their human rights in every field”.

The document, which has been published in several languages, suggesting it is aiming for an international audience, said the average annual “relocation of surplus rural labour” was more than 2.76 million people, more than 60 per cent of whom were in southern Xinjiang.

It repeatedly underlines the role of the “training centres” in alleviating poverty. Between 2018 and 2019, the paper says some 155,000 people in southern Xinjiang and the surrounding area  “found employment outside their home towns and subsequently emerged from poverty”.

Beijing has come under fire for accusations of human rights abuses, and even cultural genocide, against the region’s Uighur Muslims – allegations it has repeatedly denied.

Other charges levied by human rights groups include ‘re-education’ and surveillance of ethnic minorities. China has also been accused of forced sterilisation of women.

The government has consistently insisted that mass “vocational education and training” is necessary in the region to combat terrorism and poverty.

The US has compared the Xinjiang detention centres to concentration camps, and this week blocked exports from five entities in the region it claimed used forced labour.

A region-wide ban may still be considered, US officials said.

The escalation followed US sanctions, announced in July, against Chinese politicians who it claims are responsible for human rights breaches against Muslim minorities.

China responded by saying allegations of forced labour were fabricated.

Earlier this week, clothing giant H&M said it was ending an “indirect” relationship with a supplier in China in light of allegations of “forced labour” within the supply chain. 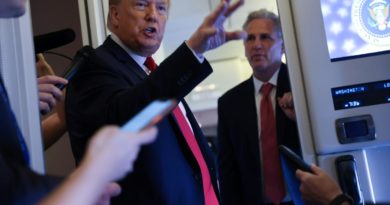