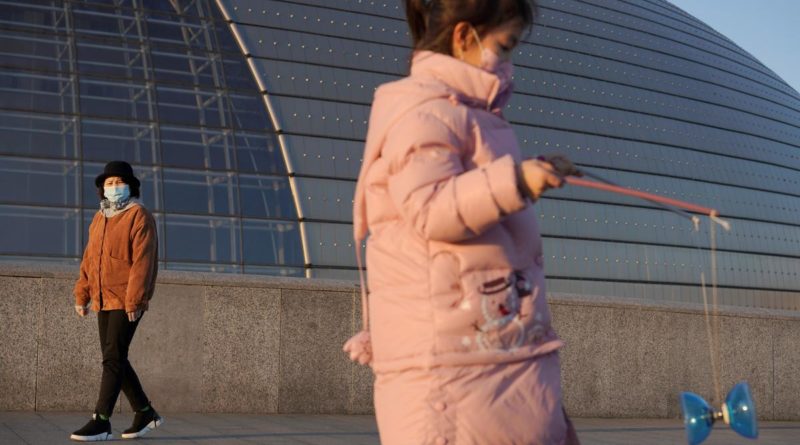 SHANGHAI/SEOUL (Reuters) – China reported another fall in new coronavirus infections outside of its epicenter on Sunday, but world health officials warned it was too early to make predictions about the outbreak as new cases and fears of contagion increased elsewhere.

A girl wearing a face mask plays with a diabolo near the National Centre for the Performing Arts, following an outbreak of the novel coronavirus in the country, in Beijing, China February 22, 2020. REUTERS/Stringer NO RESALES. NO ARCHIVES.

China’s health commission confirmed 648 new infections – higher than a day earlier – but only 18 were outside of Hubei province, the lowest number outside of the epicenter since authorities started publishing data a month ago.

State television warned the public to stay vigilant and refrain from gatherings.

But new infections outside of China continued to worry world health authorities, with South Korea on Sunday reporting a fourth death due to the virus and 123 new cases, bringing its total to 556, having doubled from Friday to Saturday.

Cases in Italy, Europe’s worst hit country, more than quadrupled to 79 on Saturday, with two deaths.

Japan confirmed 27 new cases on Saturday, while 10 new cases in Iran took the total to 29 there, and six deaths – all since Tuesday – deepening unease at home and in its neighboring countries.

The World Health Organization said it was channeling efforts into helping to prepare vulnerable countries, including 13 in Africa with links to China, for a virus that has killed more than 2,400 people.

Stressing that the number of cases outside of China was still relatively few, the WHO said it was most concerned about new infections that had no clear link to China, like travel or contact with a confirmed case.

The disease has spread to some 26 countries and territories outside China, killing more than a dozen people, according to a Reuters tally. It has been fatal in 2% of reported cases, with a risk of death higher for older patients, and relatively few cases among children, according to the WHO.

The potential economic impact of the outbreak overshadowed a meeting of G20 finance ministers in Riyadh, at which the International Monetary Fund chief said disruption from coronavirus would likely lower China’s 2020 growth to 5.6%, down 0.4 percentage points from its January outlook, and shave 0.1 percentage points from global growth.

More than half the new cases in South Korea were linked to a church in Daegu, after a woman who attended services there tested positive for the virus. She had no recent record of overseas travel.

Japan’s health minister apologized on Saturday after a woman who was allowed to leave the coronavirus-struck Diamond Princess cruise ship tested positive. More than 600 cases have been reported aboard the vessel, the biggest outbreak outside China, with infections among more than a dozen nationalities.

The woman disembarked on Wednesday following a two-week quarantine but a second test showed she was positive. Twenty-three other passengers would be re-tested.

“We will take all necessary measures, like double checks, to prevent a recurrence,” Health Minister Katsunobu Kato said.

The number of cases in Japan not connected to the cruise rose to 132 on Saturday, and the United States raised its travel advisory warning level against “sustained community spread”.

China said the number of new deaths on Saturday from COVID-19, as the disease caused by the virus is known, was 97, all but one of which were in Hubei.

Eighty-two of those were in the provincial capital Wuhan, where Xinhua news agency said nucleic tests were being carried out on the backlog of confirmed or suspected cases to try to arrest the coronavirus spread.

In total, China has reported 76,936 cases, and 2,442 deaths. The WHO says the virus is severe or critical in only a fifth of infected patients, and mild in the rest.

Beijing, Zhejiang, Sichuan had no new infections on Feb. 22 for the first time since the outbreak was detected.

State run television on Sunday urged people to avoid complacency, warning China had yet to reach the turning point. It said people had been gathering in public areas and tourist spots without wearing masks.

Analysts have been closely watching out for any secondary wave of infections as transport restrictions are eased and many migrant workers return to factories and offices, as concern mounts globally over disruptions from containment measures in the world’s second-biggest economy.

The Shanghai Daily newspaper said more businesses there have reopened, including over 90% of convenience stores and 95% of malls. The Sichuan daily reported crowds of people at a square in Guangyuan city drinking tea, despite health warnings.

South Korea’s earlier cases were linked to China but the new infections center in Daegu, a city of about 2.5 million, and a hospital in Cheongdo country. Both were designated “special care zones”.

In Italy, schools and universities were closed and three Serie A soccer matches postponed in virus-hit Lombardy and Veneto, which are jointly responsible for 30% of the country’s gross domestic output.

The announcement by Iranian authorities of multiple cases and deaths in less than five days has sparked online fears about a cover-up by officials. Authorities had no immediate response.

Iran’s neighbors have taken measures to keep the virus at bay, including Iraq suspending flights to Iran and barring its nationals from entry. Kuwait has stopped flights to and from Iran and Saudi Arabia is announced curbs on travel there.

The United Arab Emirates announced two new cases on Saturday, both from Iran, taking its total to 13. Lebanon’s first case was a woman traveling from Iran. 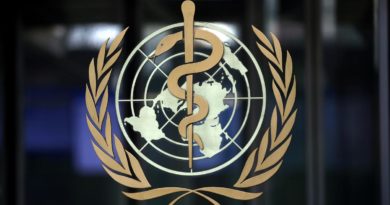