The megachurch hosting President Donald Trump‘s rally in Phoenix, Arizona, have released a video claiming it had installed technology that killed “99.9 per cent of Covid within 10 minutes”.

Dream City Church in Phoenix – where Mr Trump will hold his rally 23 June – posted a video to its Facebook page on Monday in which pastor Luke Barnett and chief operations officer Brendon Zastrow claimed they have installed technology that kills the coronavirus in under ten minutes and that prospective attendees will be safe.

“Yeah, we’ve installed clean air EXP. We have a local Arizona company – it was technology developed by some members of our church, and we’ve installed these units, and it kills 99.9 per cent of Covid within 10 minutes,” Mr Zastrow said in the video.

Mr Barnett said the church was “probably the first in the nation” to use the technology.

Mr Zastrow referred to the technology as “CleanAir EXP”, likely a reference to an air purification company of the same name selling an “air quality management” system that claims it can “eliminate 99.9 per cent of coronavirus from the air in less than 10 minutes”.

The church removed the video from its Facebook page on Monday evening after users began leaving critical comments.

According to CleanAir EXP’s website, the system “combines the most sophisticated sensors with the latest air purification technology to clean indoor air of allergens, pathogens, odours, smoke, mould, ozone and harmful chemicals”.

The company claims that “lab tests” confirm the claim, noting that the system was tested on an “active coronavirus 229E test surrogate”.

Coronavirus 229E is better known as the common cold.

While the two viruses are very different, the American Society for Testing and Materials called for recommendations from researchers as to which surrogate should be used in testing against Covid-19. Coronavirus 229e was the most recommended surrogate for testing, and has been used as a surrogate for other coronaviruses for many years.

In May, the Australian government also cleared coronavirus 229e as an acceptable surrogate for “manufacturers wishing to make label claims of efficacy against Covid-19 that are either hard surface disinfectants or disinfectants that are medical devices”.

While CleanAir EXP’s product likely wouldn’t meet that criteria as it’s neither a medical device or a hard surface disinfectant, it does appear that coronavirus 229e is a supported surrogate for Covid-19.

A request for comment from the company was not immediately returned on Monday.

The church leaders claimed that the technology works through ionisation.

“So when you come into our auditorium, 99 per cent of Covid is gone – killed,” Mr Barnett claimed. “If it was there in the first place. So you can know when you come here you’ll be safe and protected.”

The church did not immediately respond to a request for comment.

Even if the purification system can deliver on the hefty claims, it would only be clearing the church auditorium of the virus prior to the event. It would not stop inter-person transmission of the virus should someone carrying the coronavirus attend.

The campaign’s communications director Tim Murtaugh told The Hill that the affected staff had been quarantined and that contact tracing protocols were being executed.

A statement released by Mayor Kate Gallego of Phoenix said the church would be providing masks and taking attendees’ temperatures at check-in, but noted the event was not sanctioned by the city and that it does not meet US Centers for Disease Control and Prevention guidelines.

“While I do not believe an event of this magnitude can be held safely, particularly as Arizona sees rising Covid cases, the President has decided to continue with this rally,” she wrote.

The mayor called on everyone attending to wear a mask, including Mr Trump.

“Everyone attending tomorrow’s event, particularly any elected official, should set an example to residents by wearing a mask. This includes the President,” Ms Gallego wrote. 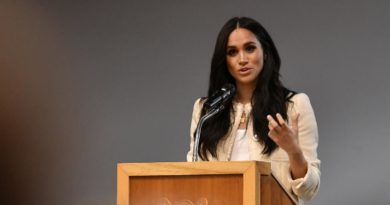 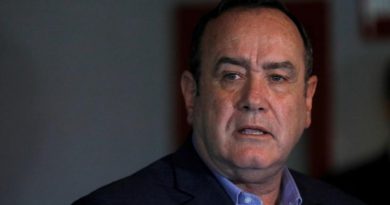