A growing chorus of voices is warning that the financial system — big banks, insurers, and other asset managers — is highly vulnerable to climate change. As Mark Carney, head of the Bank of England, explained in a 2018 speech, climate change threatens financial stability in three ways.

First, there are the rising physical risks of climate change. A Rhodium Group report last year labeled those risks — to “property and infrastructure, agricultural production, energy costs, labor productivity, and rates of mortality and crime in the US” — “clear, present, and underpriced.” Second, there are liability risks, as people who suffer from climate effects seek to hold business and institutions accountable. And third, there are the risks posed by a rapid transition to clean energy, if investment capital flees fossil fuel assets all at once and produces what Carney calls a “climate Minsky moment.”

Any combination of those risks could tip the US into a recession, potentially one that makes the 2008 recession look mild.

But the system has not taken that risk fully into account, still funneling billions of dollars a year into fossil fuel and other emissions-intensive projects.

This is from a report on climate financial risk by the Center for American Progress:

The six largest Wall Street banks in the United States committed more than $700 billion toward fossil fuel financing from 2016 to 2018. The largest insurers held $528 billion in fossil fuel investments, according to a 2016 survey, and the biggest asset managers have increased their holdings of assets tied to carbon-intensive industries by 20 percent over the last three years.

Through their large-and-growing exposure to carbon-intensive sectors and projects, financial institutions are both exacerbating the climate problem and putting themselves, and the entire economy, at risk.

It now appears banks and regulators are finally beginning to awaken to the risk. “These issues have moved very swiftly from being corporate social responsibility issues, or more niche issues within finance, to fundamental value drivers,” Carney said last week. Last month, Larry Fink, the CEO of Blackrock, the world’s largest investment company, announced in a letter to investors that sustainability would be its new “standard for investing” and that there would be “a significant reallocation of capital” out of fossil fuels and into greener sectors and projects.

“Climate risk is investment risk,” Fink wrote. “Awareness is rapidly changing, and I believe we are on the edge of a fundamental reshaping of finance.”

Nonetheless, progress remains too slow, and every year the prospect of a financial shocks looms larger.

What can be done? Some US politicians are speaking up about the issue. Presidential candidate Elizabeth Warren recently wrote the seven major US banks, asking them for more information about how they understand and prepare for climate risk. Climate activists have recently begun a coordinated campaign to pressure financial institutions.

But like so many urgent issues on the climate agenda, it seems serious action must await a unified government capable of passing legislation.

Or does it? A new paper from the Great Democracy Initiative — a reform-oriented think tank housed at the Roosevelt Institute — argues that Dodd-Frank, the financial reform legislation passed in 2010, already contains the authority necessary to jolt financial institutions into action.

It argues, in other words, that the next president doesn’t need Congress to get the financial sector on the right path.

Acting in the immediate wake of the 2008 recession, the lawmakers who developed the Dodd–Frank Wall Street Reform and Consumer Protection Act were attempting to shore up the kind of risks that the system had allowed to metastasize.

One of those was systemic risk. The recession made clear that regulators needed tools, to address not just particular institutions whose books had become overweighted with risk, but also market failures and blind spots that put the system as a whole at risk.

This new school of thought, that regulators should take a more active role in systemic stability, is known as “macroprudential regulation.”

Another set of risks legislators grappled with were those posed by the growing role of financial institutions that aren’t banks (like large insurers), which were beyond the reach of conventional financial regulation.

With these risks in mind, lawmakers created the Financial Stability Oversight Council (FSOC). Its mandate directly addresses the two risks cite above.

The FSOC has the authority to designate non-banks as “systemically important financial institutions” (SIFIs), exposing them to examination and regulation by the Federal Reserve. And it was charged with developing ideas and proposals to mitigate systemic risks in the sector.

Notably, the major concepts involved in macroprudential regulation, like “systemic risk” and “stability,” were left almost entirely at regulators’ discretion to define. As with the Clean Air Act’s vague definition of “pollutant,” the idea was that regulators’ understanding of system risk and stability would evolve over time, as would regulations.

In addition, Section 165 of the Dodd-Frank Act requires the Federal Reserve to develop special “enhanced prudential standards” for the very largest bank holding companies and SIFIs — those whose size makes them pivotal to the health of the overall system.

Through the FSOC and Section 165, regulators can take a range of steps to integrate climate risk into the financial system.

How to get financial institutions moving

There are several steps regulators could take under the authorities above.

Regulators require financial institutions to maintain a minimal “risk-based capital ratio,” which measures the percentage of their assets funded by liabilities with flexible repayment terms. Such assets allow institutions to absorb some losses in times of financial stress.

It would be straightforward for regulators to require that climate change be integrated into “risk weights,” such that investments in large emitters and industries vulnerable to the effects of climate change are rated as riskier, diverting capital.

Climate risks could also be better integrated into the “stress tests” that section 165 authorizes the Federal Reserve to undertake on large bank holding companies and SIFIs. Those tests ensure that institutions have enough cash on hand to weather a variety of modeled risks. Climate shocks could be among the risks modeled.

Section 165 also authorizes the Federal Reserve to take other macroprudential steps that it “determines are appropriate,” an extremely open-ended mandate. These could include raising the margin requirements for transactions involving securities and derivatives tied to climate-exposed projects, or broader overall limits on the amount of climate-exposed assets allowed in an institution’s portfolio.

Finally, Section 120 of Dodd-Frank empowers the FSOC to make macroprudential recommendations to other federal financial regulators, like the Securities and Exchange Commission (SEC). These recommendations are nonbinding, but they could be used to draw attention to the need for reform in other regulatory bodies.

The next president is limited only by chutzpah

The authorities granted to the FSOC are fairly sweeping, which is one reason Dodd-Frank has been anathema to Republicans ever since it was passed. They have attacked it ceaselessly. The Trump administration has already taken several steps to limits the FSOC’s authority and ambit.

But Dodd-Frank remains law, and the next president could revive and strengthen the FSOC. There is wide latitude under the law to integrate climate change into assessments of systemic risk and long-term stability and to develop new regulatory tools to address them. The stringency and power of those rules will be limited only by the executive branch’s collective imagination and ambition (and the courts, which will be no small impediment after McConnell is done with them).

There is a nontrivial chance that 2020 could find the US with a Democratic president and Republicans in control of at least one branch of Congress, which would effectively render legislation of any substance impossible. That will leave the president with executive powers — which, according to Trump and his lawyers, are near-infinite.

An ambitious suite of executive actions to address climate change might not be an inspiring thing to campaign on, but every candidate should be thinking about one. Executive powers are broader than Democrats tend to appreciate, broader than Obama ever used, and broader yet in the wake of Trump. (See this package from the American Prospect on how the next president could use those powers.)

Executive action could do a great deal to accelerate some of the social tipping points that will be necessary to trip the US into rapid action on climate change. The financial system already seems on the verge of such a tipping point. An ambitious president could push it over the threshold. 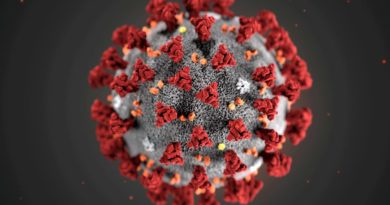