Researchers tested the effectiveness of Coaching Boys Into Men, a program that seeks to prevent dating violence and sexual assault by enlisting coaches to speak frankly with middle-school male athletes about how they should – and should not – treat the opposite sex.

Roughly two-thirds of male athletes had dating experience. Those who went through the program were 76% less likely to report being perpetrators of abusive relationship behaviors or sexual violence than their counterparts at schools without the program, according to the results in JAMA Pediatrics.

“Working with youth to understand what abusive behaviors are and what healthy relationships look like can make a difference,” said lead study author Dr. Elizabeth Miller, director of adolescent and young adult medicine at UPMC Children’s Hospital of Pittsburgh.

“Athletic coaches already do a lot of teaching in their interactions with athletes,” Miller said by email. “Thus, athletic coaches are well positioned to deliver messages about stopping violence against women and girls.”

Previous research found Coaching Boys Into Men effective for high school athletes, but less was known about whether it would work with middle school students who typically have shorter sports seasons and less formal athletics programs, Miller said.

In the current study, athletic coaches at schools that were randomly assigned to participate in the program received hour-long training sessions with advocates from local rape crisis centers and domestic violence agencies.

Then, over 12 weeks, coaches talked to athletes about things like the difference between respectful and disrespectful relationship behaviors, myths promoting male sexual aggression and positive bystander intervention when peers exhibit aggressive behavior toward girls.

One year later, athletes who received these lessons from coaches were 53% more likely to exhibit positive bystander behaviors like speaking up when they see aggressive or disrespectful behavior toward girls, the study found. They were also 14% less likely to report negative behavior like encouraging harassment or disrespectful comments about girls.

Students only participated with signed permission slips from their parents, making it possible the results don’t reflect what would happen with all male athletes.

Even so, the study suggests coaches may be able to have tough conversations with boys that many parents may not initiate, said Angela Frederick Amar, dean of the School of Nursing at the University of Nevada, Las Vegas, who co-authored an editorial accompanying the study.

“The bulk of children’s education comes from peers, society, and school sexual education that may or may not include sexual or relationship violence,” Amar said by email.

Coaches and parents can and should step in to provide boys with clear messages about respectful behavior toward girls to help counter the violent, aggressive messages they get from television, music, movies, and video games, Amar said.

“Parents, and especially male figures, can talk with their teens about respectful treatment of women and nonviolence,” Amar said. 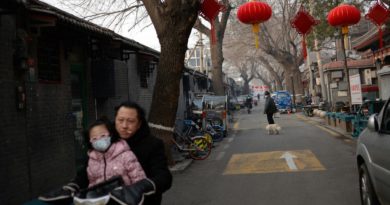 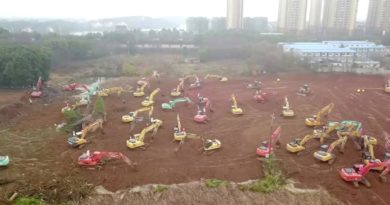 Presidents tend to offer messages of national unity and optimism on Independence Day. But this weekend, President Donald Trump marked

The radicalism of the American Revolution — and its lessons for today

As states wait for coronavirus stimulus, Senate goes on recess

How to have a safe summer during Covid-19

How superspreading is fueling the pandemic