Sign up to our free US Evening Headlines email

The father of Colorado Springs shooting suspect Anderson Aldrich says his first reaction to being informed of the attack at Club Q was to question why his child was at an LGBTQ bar.

“They started telling me about the incident, a shooting involving multiple people,” Mr Brink said in an interview.

He told the CBS8 his family were Mormon, adding: “We don’t do gay.”

The father said that while he holds anti-gay views, there’s no excuse for his child allegedly shooting people in an LGTBQ+ club.

“I’m so sorry guys for your loss,” Mr Brink said. “With no regard to politics, it’s human life. I’m so sorry. My soul goes out to you.”

“Life is so fragile, and it’s valuable,” he said. “Those people’s lives were valuable.”

Aldrich’s lawyers have said in court documents that the 22-year-old is non-binary and uses they/them pronouns.

Mr Brink, 48, told the San Diego-based news site that his ex-wife Laura Voepel called him in 2016 to say that their child, who was born Nicholas Brink, had changed their name and died by suicide.

He had continued to believe that his child was dead until six months ago, when he got a call out of the blue from Aldrich.

According to Mr Brink’s account, Aldrich was “pissed off” and wanted to “poke at the old man”.

He went on to say he taught his child how to fight at a young age and “praised him for violent behaviour”.

“I told him it works. It is instant and you’ll get immediate results,” Mr Brink told CBS8.

That never included using guns though, Mr Brink added, though he believes “guns are good.” Rather, he taught his child to fight like him.

“To me the guns are the hands,” Mr Brink said. “I do believe in the right to bear arms.”

The father said that as a child Aldrich was smart and good with computers.

As Mr Brink and his child spent more time appart, the father said he sensed an anger growing in Aldrich.

“He wasn’t talking about shooting me,” the father added.

Mr Brink had 58 professional mixed martial arts fights with a record of 29 wins, 27 losses and two no contests stretching 19 years, according to MMAWeekly.com.

He has also appeared in several adult films and the reality tv show Divorce Court. 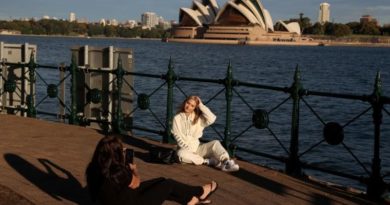 Coronavirus: US at same stage as Italy two weeks ago, surgeon general warns