Twelve prisoners have died and 16 escaped following chaos in Italy’s prisons triggered by measures to combat the spread of coronavirus.

Protests erupted in jails across the country — now on lockdown over the virus — after authorities stopped or limited normal family visits.

“Unfortunately, 12 inmates have died from what initial findings suggest are mostly overdoses on drugs taken from the medical room during the disorder,” the justice minister has said.

Earlier this week, it was reported that three prisoners had died at Modena prison in northern Italy, and three others shortly after being transferred elsewhere, with multiple others hospitalised.

One inmate potentially suffocated to death after fires were started, a Ministry of Justice spokesperson told The Independent on Monday.

While briefing the Italian parliament on the prison riots, Alfonso Bonafede, the justice minister, said the unrest involved some 6,000 prisoners at more than two dozen facilities around the country.

Mr Bonafede confirmed on Wednesday that 16 inmates broke out of a medium-security prison in Foggia in southern Italy and remained at large.

He said 56 escapees had been brought back to jail, where inmates had set fire to mattresses and bed sheets.

The minister said 40 prison guards were injured during the riots.

The riots on Sunday and Monday broke out after corrections authorities suspended or limited family visits for two weeks to prevent the spread of infections.

In some cases, relatives gathered outside prisons to block traffic and stage their own protests.

Mr Bonafede said that he was aware that many inmates were worried about their health and prison conditions as the virus takes hold of Italy, and that authorities have worked to “safeguard the health and safety of all those who work or live in prison”. ​

The Ministry of Justice said 100,000 face masks have been allocated to protect prison guards, personnel and inmates.

The whole of Italy entered a state of lockdown earlier this week over soaring numbers of coronavirus cases in the country.

More than 12,000 people have been infected with Covid-19 — a flu-like disease that can develop into pneumonia — in Italy as of Thursday morning, with according to a Reuters tally.

Meanwhile, more than 800 confirmed coronavirus patients have died in the European country worst-hit by the virus.

Public gatherings have been cancelled, schools closed and movement restricted as authorities try to combat the spread of coronavirus. 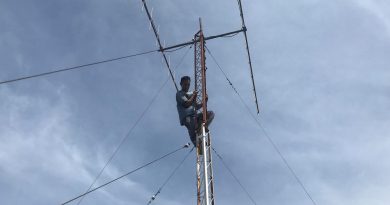