Americans would like to think the federal government would come to the aid of states who need help in emergency situations, regardless of whether their leaders are supporters of the president or not. President Donald Trump continues to not only fail to live up to that expectation, but to say the quiet part loud.

One day after a Fox News interview in which he tried to offload blame for the failures of the federal government coronavirus response effort onto blue state governors like Andrew Cuomo (NY), Jay Inslee (WA), and Gretchen Whitmer (MI), Trump took things up a notch.

During his press briefing on Friday, Trump said that he directed the man running the White House’s response effort, Vice President Mike Pence, to not call the Inslee and Whitmer — even as hospitals in each of their states approach the point of being overwhelmed by coronavirus cases — because they aren’t “appreciative” enough of his efforts.

“I tell him — I mean I’m a different type of person — I say, ‘Mike, don’t call the governor in Washington, you’re wasting your time with him. Don’t call the woman in Michigan,’” Trump said. “If they don’t treat you right, I don’t call.”

Trump went one step further, explaining his reasoning: that criticism of him and his administration’s response is unpatriotic, because he identifies himself with the federal government.

Trump’s attacks on governors have more than just a rhetorical impact. Whitmer told a Michigan radio station on Friday morning that the attacks the president uncorked on her hours before on Sean Hannity’s show (“I don’t know if she knows what’s going on, but all she does is sit there and blame the federal government”) had already made it harder for her to buy needed medical equipment, like ventilators.

“What I’ve gotten back is that vendors with whom we’ve procured contracts — they’re being told not to send stuff to Michigan,” she told WWJ 950. “It’s really concerning. I reached out to the White House last night and asked for a phone call with the president, ironically at the time this stuff was going on.”

Trump on Friday committed to either making or acquiring “in some form” over 100,000 ventilators during the next 100 days. But given that Trump has already repeatedly made announcements during his daily press briefings that have turned out to be less than they appeared, time will tell if the administration is able to deliver. In the meantime states are competing against each other on the open market and in the process driving up prices.

Tellingly, when asked by ABC’s Jon Karl if he can guarantee that every coronavirus patient who needs a ventilator will be able to get one, Trump deflected and went on the attack.

“Look, don’t be a cutie pie. ‘Everyone who needs one’ — nobody’s ever done what we’ve done,” Trump said. “Nobody’s done anything like we’ve been able to do. Everything I took over was a mess. It was a broken country.”

JON KARL: So everybody who needs a ventilator will be able to get one?

TRUMP: “Look, don’t be a cutie pie. ‘Everyone who needs one’- nobody’s ever done what we’ve done. Nobody’s done anything like we’ve been able to do. Everything I took over was a mess. It was a broken country” pic.twitter.com/5eN8Q3pzrA

Trump did announce on Friday that he’s invoking the Defense Production Act (DPA) to require General Motors to manufacture ventilators. But even this decision appears to be rooted at least partly in Trump’s gripes with GM than broader and more principled concerns

“I wasn’t happy where General Motors build plants in other locations over the years,” Trump said during Friday’s press conference regarding the thinking behind invoking the DPA. “I didn’t go into it with a very favorable view. I was extremely unhappy with Lordstown, Ohio, where they left Lordstown, Ohio, in the middle of an auto boom … I love Ohio.”

Trump takes a question about the Defense Production Act and indicates that his stance on it vis-a-vis General Motors is mostly about grievances he has that have nothing to do with the coronavirus pic.twitter.com/zkYjQSGCkc

So even in the case of procuring ventilators, Trump’s thinking is transactional. His decision to force GM to make them is in part about his lingering beefs with the company. And where they ultimately end up could end up being a function of which state governor is in Trump’s good graces rather than a reflection of on-the-ground need. 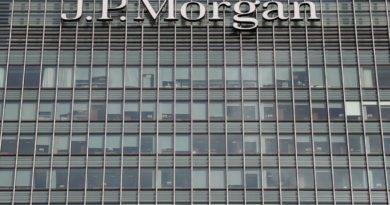 Amazon closed its warehouse in Queens, NY after a worker tested positive for coronavirus