The government has warned Britons not to travel to mainland China as UK citizens trapped in the coronavirus-hit province of Hubei prepared for evacuation.

The Foreign Office has yet to confirm any details of how and when they will pull people out of the landlocked province, however a British teacher living in the city of Wuhan revealed UK nationals were being given details of impending flights.

The woman, who asked not to be named, said a number of Britons she was in contact with had arranged to return home on a flight scheduled for 7am on Thursday.

Those stuck in Wuhan – where the virus is believed to have originated – and surrounding areas have been urged to contact the British consulate before 11am on Wednesday if they wish to leave.

The British embassy in Beijing warned transport to get UK citizens out “may happen quickly and with short notice”.

Dominic Raab, the foreign secretary, said the government was working “urgently” to finalise plans for “an assisted departure from Hubei province for British nationals this week”.

He added: “[We] are in contact with people in Hubei to ensure they register their interest and that we can keep them updated.”

Officials have estimated up to 200 British citizens currently in the area will want to return to the UK.

It came as the Foreign Office strengthened its travel advice to warn against “all but essential travel” to mainland China.

It advised UK nationals in China to “make decisions based on their own personal circumstances” over whether to leave – but warned it may become more difficult to get out.

China has imposed travel restrictions between its major cities, while the country’s ministry of culture and tourism has suspended all tour group companies’ activities to prevent further spread of the virus.

The teacher in Wuhan said she had been told by British authorities that while she could return to the UK, her husband, who has a UK visa, would not be allowed as he is a Chinese national.

It is understood that this was a result of restrictions imposed by China, rather than the UK.

Hong Kong’s leader Carrie Lam announced all links to mainland China would be cut from Friday and flights would also be reduced.

Hubei, along with other provinces, has been in lockdown for several days as China seeks to contain the deadly flu-like illness.

More than 132 people have now died in the country, with confirmed cases in China surging to more than 9,239 on Tuesday.

The Department of Health and Social Care said 97 people have been given the all-clear for the virus in the UK, although scientists predict it may have entered the country.

It comes as the UK expert developing a vaccine against coronavirus said it has a “very good chance” of being effective.

Professor Robin Shattock, head of mucosal infection and immunity at Imperial College London, said he plans to start testing the vaccine on animals by the middle of February, and then on humans in the summer if enough funding is secured.

He warned there could be a second wave of coronavirus across the globe next winter.

Four people who work at the same company in southern Germany have been infected with the coronavirus, after one of them contracted it from a Chinese colleague who was visiting their workplace.

In one of the first known cases of person-to-person transmission outside China, the 33-year-old man reportedly contracted the virus during a training session last week, before three of his colleagues later fell ill.

Coronavirus is an airborne virus and can be spread by coughing and sneezing, through close personal contact, or by touching an object or surface with the virus on it.

Chinese health minister Ma Xiaowei has said the virus can be infectious during its incubation period – before symptoms show – which ranges from one to 14 days.

On Monday, Matt Hancock, the health secretary, urged any Britons who have recently visited the city of Wuhan to quarantine themselves for a full 14 days.

Agencies contributed to this report.

Lesbos fire: Volunteers say ‘miracle’ no one was hurt in ‘disaster waiting to happen’ 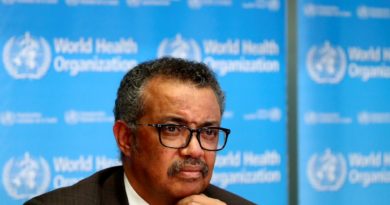 WHO hopes to work with U.S. on Ebola despite Trump criticism over COVID-19 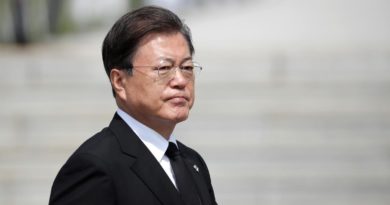