A coronavirus patient has died at a hospital in Paris, becoming the first person in Europe to fall victim to the illness.

The 80-year old man had been treated at the Bichat hospital in northern Paris since January 25, before dying of a lung infection caused by the virus. His daughter, who was also hospitalised, is expected to recover.

France has so far recorded 11 cases of the virus, out of a global total of 63,851, according to Reuters. The vast majority of people suffering from coronavirus are in China.

The first fatality from the illness in Europe comes soon after the announcement of the first confirmed case of the disease in Africa – in Egypt – on Friday.

Since coronavirus was first identified in China in December last year, it has swept across the world, with more than 500 cases declared in 24 countries and territories to date.

Prior to the death in France, three people had died outside of mainland China – with one death in each of Japan, Hong Kong and the Philippines.

On Saturday, Chinese health officials said they had confirmed more than 2,600 new cases in China. The death toll in the country stands at 1,523, according to the country’s National Health Commission.

In the UK, nine people have been diagnosed with coronavirus.

Public Health England (PHE) has contacted more than 200 delegates who attended a conference in London on February 6, after one of the attendees is now known to be suffering from the virus. Two MPs, who were among the delegates, have decided to remain mostly at home. 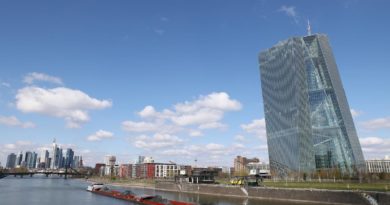 Help in coronavirus crisis should come from European level: ECB