Eight weeks into an epidemic that has killed more than 3,200 people, the World Health Organization — for the first time — this week released a Covid-19 case fatality rate (CFR).

It was not a modest estimate.

“Globally, about 3.4 percent of reported COVID-19 cases have died,” said WHO Director-General Tedros Adhanom Ghebreyesus at a press briefing Tuesday. The rate describes the proportion of deaths among confirmed cases. And it was greater than the previous coronavirus CFR estimate (2 percent in China), far higher than the seasonal flu (which kills 0.1 percent of those infected on average), and even worse than the Spanish flu pandemic (which killed 2 to 3 percent of those infected).

It’s no surprise that, very quickly, media around the world interpreted the news as evidence the disease is deadlier than feared, and Twitter was buzzing with speculation about Covid-19’s real death rate. The confusion spread so far so fast, even President Trump took to Fox News to try and tamp down the worry: “I think the 3.4 percent number is really a false number. Now, this is just my hunch, but based on a lot of conversations … personally, I’d say the number is way under 1 percent.”

In the end, the 3.4 percent figure appears to have sowed more confusion than clarity about Covid-19. While a WHO spokesperson called the number “the current global ‘snapshot,’” epidemiologists and researchers studying Covid-19 said what we know right now about the deadliness of the disease is much blurrier than that. The number misled some because it was delivered without sufficient context and omitted key factors that determine a disease’s severity. In reality, we’re still far from knowing Covid-19’s death rate, and when we do, it’s likely to look pretty different country to country.

What we know about how deadly the coronavirus is

If we want a clear understanding of the coronavirus CFR, there are a few pieces of information we need — and we don’t have them yet. One is how many people in a population have the virus. That’s the denominator in the CFR equation.

When Tedros made his remarks on Tuesday, WHO had recorded 3,112 deaths and 90,869 cases. Dividing the deaths by the cases, you get 3.4 percent. But that denominator is actually pretty fuzzy. So far, many countries — even those with sophisticated health systems, like the US — have struggled to get adequate testing up and running. And, to date, much of the focus has been on checking people who traveled to affected countries, not the broader population.

That means, in many places, health authorities are only picking up a subset of the sick — and perhaps the most severe cases, given that roughly 80 percent of people with Covid-19 have a mild case. (Remember: The sickest are usually the ones who show up at doctor’s offices and in hospitals, while there may be hundreds or thousands of others with the virus who never show symptoms or don’t bother going to see a doctor. That’s why the CFR can often look much worse in the early days of an outbreak.)

Some of the countries that have done more widespread testing happen to have lower CFRs. In South Korea, for example, where they are testing thousands of people every day, they’ve picked up more than 6,088 people with the virus. Among those, 35 have died. That’s a case fatality rate, for the moment, of around 0.5 percent.

… WHO gave IMO a misleading 3.4% global MR for COVID-19. But China’s # must be incomplete (missing mild, untested cases).
Morale: the more you test, the more you find, the more your numbers are a reflection of reality. So, that makes me happy (in a bizarre way)

The problem with WHO stating 3.4% #COVID19 case fatality rate (CFR) is that we still do not know how many people are infected. The denominator is so important.

Contrast that with the US: 11 people have died and there are currently 159 known cases. That’s a CFR of 7 percent. This doesn’t mean the virus is deadlier in the US; it’s probably, once again, an artifact of undertesting. (We know that, before CDC removed its testing numbers from its website on March 2, fewer than 500 Americans had been checked for the virus.)

“When we see systems that are able to account for not only the really sick, but also those who have infection and are outpatients, the CFR is more accurate and drops considerably,” said Isaac Bogoch, a professor at the University of Toronto.

There are other problems with the 3.4 percent CFR: Global estimates hide regional variation that’ll likely emerge because of variations in health system capacity. Consider the death rate of the 2014-’16 Ebola epidemic: The disease was far deadlier in West Africa, where it hit some of the poorest countries on earth, than it was in America, where nearly every person who fell ill had access to state-of-the-art treatment.

One final consideration: CFRs do change over time. That’s exactly what happened in China, as you can see in this figure from the WHO. Even the first and hardest-hit province, Hubei, saw its death rate tumble as public health measures were strengthened and clinicians got better at identifying and treating people with the disease:

As an outbreak wears on, we may also see more deaths — which could cause the CFR to increase if those mild cases go undetected. “It takes a long time to die” from Covid-19, said University of Toronto epidemiologist David Fisman. “We estimate the length of stay in cases who died in ICU in China to be 28 days on average — three days in hospital and 25 days in ICU.”

“To get a [true] rate, you need the deaths — which you can more reliably pick up — and you need cases, which you can less reliably pick up,” Lawrence Gostin, a global health law professor at Georgetown University, summed up. “It’s not irresponsible to come out with that [3.4 percent] number, but it should have been more clearly interpreted as not being reliable, or at least mention it’ll vary in regions.”

Getting an accurate CFR will require a survey of the populations affected to find out who has antibodies for the virus, said Maia Majumder of Boston Children’s Hospital, including the folks who didn’t even know they had it. That’ll give experts the denominator — the real case toll — in the CFR equation. “Until we’ve done [that] — and I’m sure it’ll happen sometime in the future — there are going to be some people that have mild infections or are asymptomatic infections that we’re not picking up.”

Case fatality rate (CFR) is time- & population-varying. Given that mild cases of #COVID19 are generally identified at a slower pace than severe cases AND that care standards (& demographics) vary across affected countries, responsible discussions about CFR *must* include context. https://t.co/ddqFt2P6Nv

As it stands, no such serology test has been completed — though China has approved at least two, and Singapore says it’s already using an experimental test to check for antibodies in patients there.

In the meantime, we have some preliminary estimates we can look to from China, the country with the most cases and where the disease first hit. On February 16, China’s CDC published a report of the first 72,314 patients with confirmed or suspected Covid-19 in mainland China. It’s the largest such analysis to date. And it found an overall CFR of 2.3, suggesting Covid-19 is less deadly than SARS, which had a CFR of around 10 percent.

As of February 20, the WHO also reported a slightly higher CFR average with lots of regional disparities: 3.8 percent on average, but 5.8 percent in Wuhan, Hubei province (the outbreak’s epicenter) and 0.7 percent in other areas in China. (A WHO spokesperson acknowledged these regional differences and said we’re likely to see something similar “in different countries and outbreaks.”)

The China CDC also found a variation in the case fatality rate by age group. In short, the CFR goes up with each passing decade. You can see the trend in this table from the study — the CFR rises from 0.2 in people ages 10 to 19 to 1.3 in 50-year-olds to 14.8 in those who are 80-plus:

So these figures are not only likely to change within China and outside over time — once we have better data, they’re going to look different depending on how strong a country’s health systems are.

But, again, it’ll be a while before we know the true number of cases and have a better understanding of the deaths.

Here is what we know for sure: While nearly 3,000 people have died in this outbreak so far, seasonal flu kills between 250,000 and 650,000 people annually. For most people, “you’re probably more likely to be catching flu than you are to be getting coronavirus,” said Devi Sridhar, chair in global public health at the University of Edinburgh. 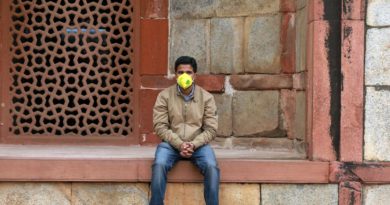 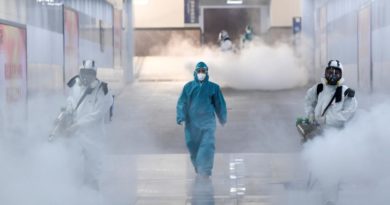