The governor of South Dakota has defended the state’s lack of a stay-at-home order, despite experiencing the country’s single largest cluster of coronavirus cases.

More than half the state’s 1168 confirmed cases were connected to the Smithfield Foods pork processing plant, prompting a request from governor Kristi Noem and Sioux Falls mayor Paul TenHaken to shut down operations.

With a total of 644 cases from the plant – 518 employees and 126 direct contacts- it places the plant higher than the USS Theodore Roosevelt in Guam (585), and Cook County Jail in Chicago (524) as the country’s largest single outbreak, according to data compiled by Keloland.com

The South Dakota Medical Association, which represents the state’s doctors, sent a letter to Ms Noem earlier this month urging a stay-at-home order to give health workers time and resources to manage the pandemic.”We may soon be facing the challenges and hardships being seen in New York and other cities if a shelter in place order is not issued immediately,” the group said.

In a Twitter thread earlier on Wednesday, Ms Noam said a statewide lockdown would not have prevented a breakout at Smithfield Foods given its status as a critical infrastructure business that needed to stay open to maintain the country’s food supply.

At a later press conference, Ms Noem said the CDC team would walk through and evaluate the Sioux Falls plant on Thursday before outlining what measures needed to be taken to resume full production.

“This is a national food security issue that this plant run. It is defined and categorised as critical infrastructure; whether this virus impacts Sioux Falls, South Dakota or the country, this plant runs,” she said.

“There may be other things to mitigate outside of the plant, but inside the plant, we are making sure that it is running and that the employees are in a position to where they have no concerns for contracting the virus. “

In a statement announcing the closure on Sunday, Smithfield Foods CEO Kenneth M Sullivan said the plant processed about 130 million servings of food per week, which is estimated to be about 5 per cent of the country’s pork supply.

He said the closure of meat processing facilities across the industry was pushing the country’s meat supply perilously close to the edge.

“It is impossible to keep our grocery stores stocked if our plants are not running. These facility closures will also have severe, perhaps disastrous, repercussions for many in the supply chain, first and foremost our nation’s livestock farmers. These farmers have nowhere to send their animals,” he said.

Billions of dollars worth of food previously destined for restaurants, schools and stadiums have reportedly gone to waste as farmers dump fresh milk and vegetables, with the National Sustainable Agriculture Coalition estimating $1.32bn worth of losses from March to May. 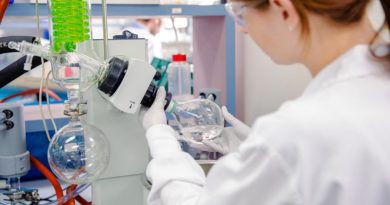