A third US coronavirus case has been confirmed in Orange County, California, according to the Centers for Disease Control and Prevention (CDC).

The person affected by the virus recently traveled from Wuhan, China — the center of the outbreak, the CDC said Sunday. While the Orange County Healthcare Agency declined to provide further details about the person, it said the patient is isolated and is in good condition.

Although Chinese authorities have said they have observed evidence of person-to-person transmission of the virus, officials in Orange County said there’s little risk of the virus spreading throughout the county, or state, given the precautions being taken by the agency.

This latest patient joins two others in the US: A man in his 30s in Everett, Washington and a woman in her 60s in Chicago, Illinois. Both patients traveled from Wuhan prior to being diagnosed, and are currently in stable condition. They are both being treated in isolation. State officials from both Washington and Illinois are monitoring people who have been in close contact with the patients for any signs of symptoms.

Globally, there are more than 2,000 confirmed coronavirus cases, according to data compiled by Johns Hopkins University researchers. Although the vast majority of those are in mainland China, a handful of cases have also been confirmed in 12 other countries as well, including: South Korea, Thailand, France, Australia, and Japan. As of Sunday morning, the death toll had risen to 56, with all of those deaths occurring in mainland China.

In response, countries are taking preemptive measures to prevent a major outbreak. China has imposed a major — and possibly ineffective — travel ban. Hong Kong is closing schools for the next three weeks. And in the US, the CDC said it will take “aggressive public health measures” to stop the disease from spreading, such as conducting entry screenings at major airports.

Despite stating the importance of such precautions, the CDC has also been clear Americans need not worry about falling victim to the virus: Though the agency sees the coronavirus as a major public health threat, the immediate health risk is considered low as of now.

The discovery of another coronavirus case in the US — and the other cases outside of mainland China — are cause for concern, but are not cause for alarm, according to public health officials.

At the moment, more than 98 percent of confirmed cases are in mainland China. And that has caused the World Health Organization (WHO) to declare the mysterious virus is not a global health emergency, as Vox’s Julia Belluz has reported.

“Make no mistake, this is an emergency in China. But it has not yet become a global health emergency,” Tedros Adhanom Ghebreyesus, the director general of the WHO, has said.

Similarly, officials at the Centers for Disease Control and Prevention (CDC) have said those outside of China have little to worry about at the moment, but have also stressed that governments are correct in erring on the side of caution given scientists are still learning about the virus and its transmission rate, as Vox’s Julia Belluz has reported:

Nancy Messonnier, director of the CDC’s National Center for Immunization and Respiratory Diseases, said Friday that although the outbreak is a “very serious public health threat, the immediate risk to the US public is low at this time.”

Yet Tom Frieden, the former director of the CDC, told Vox he’s concerned by how infectious the virus is. “If the sustained human transmission and a high rate of severe illness are confirmed, then it clearly is an event of international concern.”

As scientists further investigate the virus, experts say the best the thing to do is to keep the things in perspective, as Belluz has explained:

To put the cases and deaths so far into perspective, remember that seasonal flu kills between 250,000 and 650,000 people each year. “Right now, you’re probably more likely to be catching flu than you are to be getting coronavirus,” said Devi Sridhar, chair in global public health at the University of Edinburgh.

Of course, that does not mean the virus ought to be dismissed — thousands are affected, and more than 50 people have lost their lives. And governments are taking action to stem it, from China’s travel ban, to Hong Kong declaring a state of emergency, to the US working to bring its citizens currently in China home.

But for those outside of China, WHO has said the most effective and helpful things to be done are the sorts of measures we should all take anyway: Ensure we washing our hands and that we cover our mouths and noses when coughing and sneezing. 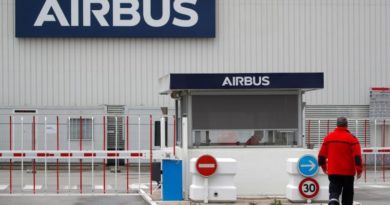 Hurricane Laura: “It just looks like a bomb went off,” says one Louisianian on the storm’s aftermath