Popular tourist beaches in Spain were forced to temporarily close over the weekend due to concerns of overcrowding amid the ongoing coronavirus pandemic.

Closures were reported along the Costa del Sol, on the southern coast, and elsewhere in Spain’s Andalusian region.

According to regional government figures, around 55 beaches were shut at some point on Sunday, the Malaga-based paper Sur reported.

Malaga was the province most affected, followed by Cadiz and then Huelva.

The closures were reportedly posted by local authorities on mobile phone apps or council websites.

Costa del Sol beaches’s have yet to adopt the pre-booking system being implemented by popular tourist hotspots in Benidorm, on the Costa Blanca.

Flights to Andalusia resumed late last month, as hotels, restaurants and bars have set about gradually reopening their doors to tourists.

However, the region remains under the spotlight after more 90 people were reported to have tested positive for Covid-19 last week.

The infections were recorded at a Red Cross centre in Malaga, the scene of the province’s first new outbreak since the end of Spain’s state of emergency on 21 June.

In total, five of the eight provinces of Andalusia have now reported new Covid-19 outbreaks.

The Spanish government was also forced to place a second region into lockdown on Sunday after a spike in cases.

People will be banned from entering or leaving La Marina, near Lugo in Galicia, for five days from midnight on Sunday, unless for work reasons.

The 70,000 people living in the region will be allowed to move between its 14 municipalities, although they are encouraged to stay in their area to limit the spread of the virus.

Face masks will be mandatory in public and groups of more than 10 people will be banned from meeting unless they are from the same household. Capacity in bars and restaurants will also be reduced to 50 per cent.

The region is Spain’s second in just 24 hours to re-enter lockdown.

The government of Catalonia on Saturday ordered an indefinite new lockdown for the Segria region following new outbreaks.

That confinement came into effect at midday on Saturday and has no end date.

Around 209,000 people live in 38 municipalities across the Segria region in the west of Catalonia, whose capital is Leida. 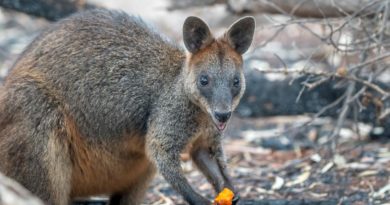 Unwanted no more: adoption offers pour in for baby found in Singapore bin