If you searched for hand sanitizer on Amazon on Thursday, one of the first listings that greeted you was a two-pack of Purell in 1-liter bottles selling for $350. The same two-pack on Walmart.com, though out of stock, showed a price of just $21.99.

With anxiety about the novel coronavirus spreading across the US, shoppers are turning to online platforms like Amazon to try to stock up on household products and grocery staples. Searches for items like hand sanitizer are up 270 times over last month, according to e-commerce software firm CommerceIQ. But what customers are finding, even in the endless digital aisles of Jeff Bezos’s Everything Store, are sky-high prices for in-demand items like that Purell hand sanitizer or disinfectant wipes.

Some of those prices may reflect fair market conditions for a unique time, but others appear to cross the line that separates fair supply-demand dynamics from exploitative price gouging. Now, customers and politicians alike are starting to question Amazon’s handling of the situation.

“No one should be allowed to reap a windfall from fear and human suffering,” Senator Ed Markey (D-MA) wrote in a letter to Amazon CEO Jeff Bezos on Wednesday. “Internet-based retailers such as Amazon.com have a particular responsibility to guard against price gouging in current circumstances as consumers — who are finding the shelves of local brick-and-mortar stores bare, and who may wish to avoid venturing into crowded stores and shopping malls — turn to the internet.”

Last week, Amazon said it had “blocked or removed” tens of thousands of listings suspected of price gouging and that it had global teams monitoring prices for violations 24 hours a day.

“We are disappointed that bad actors are attempting to artificially raise prices on basic need products during a global health crisis,” a spokesperson said in a statement at the time.

But in the days since, shoppers can still easily find overpriced items sold by third-party merchants on the site, posing the question of why Amazon can’t — or won’t — snuff them out completely.

Amazon declined to provide Recode with more information beyond last week’s comment, but former Amazon employees painted a picture of an online shopping bazaar that’s just too big and too complex for Amazon to police 100 percent. While the openness of the Amazon marketplace helped foster the selection and price competition that benefits customers in many ways, the current situation highlights how one of the most tech-advanced and valuable companies in the world can’t always overcome the downsides even when it wants to.

“That tech has inspired the entire world to list products on the platform at insane volumes,” said Justin Leigh, a former Amazon employee and CEO of Ideoclick, which helps consumer brands sell and advertise on Amazon. “The greater the tech, the greater the work it has to do to do its job. As a technologist, I’m constantly saying, ‘It’s tech, not magic.’”

Amazon appears to be taking two different actions against sellers on its marketplace who are marking up prices. One action involves removing the so-called “Buy Box” for an item, meaning that Amazon does not display the normal “Add to Cart” and “Buy Now” buttons on the right side of the product page. In place of those buttons, Amazon displays a “See All Buying Options,” which requires customers to visit an extra page to view different prices for the product sold by various sellers.

This action often means that Amazon’s technology has determined that the price of the item is too high compared to prices elsewhere on the web or the manufacturer’s recommended retail price. It’s meant, in part, to signal to shoppers that the price might not be a good one, while still allowing the option to buy it anyway. Some of that is going on right now.

“Traditionally, retailers ran out of products so customers just couldn’t buy them,” Leigh said. “Amazon lets consumers experience market effects directly, resulting in seeing high prices which could be interpreted as price gouging. Other retailers maintain price but have no product to sell. At least in the Amazon world, the customer still has a choice.”

Sometimes, however, enterprising sellers are bundling together several units of a product into custom packs that aren’t sold anywhere else. In those cases, Amazon’s price-monitoring tech has nothing to compare the current price to.

“Amazon’s price-checking tools are heavily dependent on being able to look at list price information (if it exists) and comparing that to the actual selling price,” said James Thomson, who worked at Amazon for more than five years and is the founder of the Amazon seller consultancy Buy Box Experts.

Amazon’s other action is having employees completely remove a product listing from the site. It’s still unclear how Amazon is determining when to simply remove the Buy Box versus when to completely remove a listing. And it appears that the rate at which schemers are uploading new high-priced offers has outpaced whatever monitoring the company is doing.

“Realistically, [it’s] too much manual work for Amazon,” Thomson said, explaining why some high-priced listings are having the Buy Box removed rather than being banned from the site completely. “They already took down 1 million items, but [it’s a] constant cat-and-mouse game.”

Amazon has long said that the beauty of its open marketplace is that it provides selection that is largely unmatched anywhere on the planet. That fact can undoubtedly be a good thing in anxious times like this. But that same openness allows some schemers and con artists — everyone from counterfeiters to price gougers — to take advantage of the platform in a way that Amazon can never fully stop. 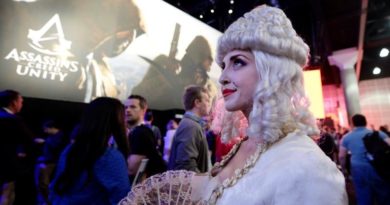 How coronavirus is affecting the restaurant business, in one chart