Hospitals in Britain are continuing to struggle to provide the protective equipment needed to keep doctors safe amid the coronavirus pandemic, leading the head of the Royal College of Anaesthetists to urge them not to treat patients without the gowns, masks and other equipment they need.

Public Health England medical director Yvonne Doyle said at the No 10 daily press briefing that staff would have to decide whether they had enough protective equipment before choosing not to work, adding: “People have to make their decisions based on whether they are in a risky situation or not.”

Meanwhile, Donald Trump has said he will suspend all immigration to the United States temporarily in response to the Covid-19 outbreak. The US president’s move, announced on Twitter, effectively uses the health and economic crisis to achieve his long-term policy of curbing immigration.

It comes as MPs are set to approve plans for “virtual” sittings of the House of Commons when it returns on Tuesday following the Easter recess.

MPs to approve plans for ‘virtual’ sittings of House of Commons

MPs are expected to approve plans for “virtual” sittings of the Commons when the House returns today following the Easter recess.

Under proposals drawn up by the House authorities, MPs will be able to contribute to proceedings at Westminster – including questioning ministers – through video links.

The initial cost of development amounts to £148,793 and the running costs for maintaining the system are estimated at £369,267 per month, according to a memorandum published by House of Commons clerk John Benger as part of his role as accounting officer.

Up to 50 MPs will still be able to be present in the chamber – although they are being strongly encouraged to stay away.

To approve the new “hybrid” arrangement, the House will need to sit physically today to vote the plans through. Strict social distancing arrangements will be in force with MPs required to sit two metres apart.

Shadow Cabinet Office minister Rachel Reeves said the shortage of personal protective equipment was a “disgrace” as she urged the government to use smaller UK manufacturers to source items.

She told BBC Radio 4’s Today programme she had been “inundated” with manufacturers who have contacted the government offering to make PPE but have heard nothing back.

“There are many, many businesses around the country who have perhaps furloughed workers but have the capability and the capacity and the skills to make this personal protective equipment and clothing – particularly the gowns – but have not heard back from the government.

“Some of them are doing it on an ad-hoc basis for local hospitals or care homes, but this needs to be systematic – it needs to be a national effort, using all of our manufacturing and textile capacity and capability to ensure that the doctors and nurses and care workers … have that equipment and clothing that they need.”

She said there had been “too much focus” on importing PPE from overseas and that there had not been enough focus on bringing smaller suppliers into the national effort.

“It is a disgrace that we’ve got people working on the frontline who aren’t properly protected and government’s first and foremost responsibility is to protect its citizens, and this now is our main priority.”

Medics should not work without PPE, doctors told

Doctors should not treat patients without the protective equipment they need to keep them safe, the head of the Royal College of Anaesthetists has said, Shaun Lintern reports.

As hospitals in Britain struggle to provide doctors with the gowns, masks and other equipment they need to safely deal with patients, Ravi Mahajan ​– who represents the largest specialism working with coronavirus patients – said it now appears the UK no longer has sufficient reserves.

He said his organisation would support staff who chose not to work if they felt it was unsafe.

Good morning and welcome to the latest updates on the coronavirus epidemic from The Independent.

Please allow a moment for the blog to load 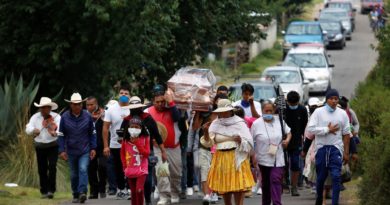 Japan to pay for IVF to try and stop population crisis