Total coronavirus infections in the US have surged past 3 million, with 1 million new cases discovered in the last month alone.

The nation is now reeling from a dramatic and worrying surge of new infections six months after the first cases in the US were identified.

The latest spike has effectively erased the gains made after weeks of quarantine efforts were prematurely lifted as states – and Donald Trump’s administration – were eager to resume their economies and send millions of Americans back to work amid skyrocketing unemployment and a looming recession following economic fallout from the disease.

Within the first week of July, nearly six months after the first US case was confirmed, infections in the US accounted for more than a quarter of all global infections in a nation home to less than 5 per cent of the world’s population. More than 131,000 people have died.

Health officials reported 60,000 new Covid-19 cases on Tuesday, breaking a single-day record of 50,000 that was set less than a week ago.

The first million cases of the disease caused by the coronavirus in the US were identified within the first 100 days of the outbreak.

By 11 June, the US had reached 2 million cases. It took less than a month to hit the nation’s next million.

Despite growing case numbers and signals from the White House that Americans will have to “learn to live” with the disease, even as the fall school term draws near, most states have resumed their reopenings, while dozens of states have shattered their single-day case records.

But officials have been reluctant to return states to an indeterminate “lockdown” period without support from tax-generating businesses, as demands grow for ongoing emergency relief for out-of-work Americans staring down an end to supplemental unemployment checks and rent moratoriums.

Hospitals are filling up, again

While the White House has insisted that declining numbers of dead Americans is a sign that the the US is emerging from the other side of the pandemic, health workers and officials have raised alarms over other metrics that show transmission among communities hasn’t slowed – it’s spreading.

In Arizona, where one in four coronavirus tests comes back positive, the highest rate in the nation, hospitals are in “dire straits”, Phoenix Mayor Kate Gallego said on Tuesday.

“They tell us in the next two weeks it is going to get to an unbearable level of crisis,” she said.

Hospital intensive care beds are at 91 per cent capacity, according to the state’s health department.

More than 1,000 patients in Louisiana are currently hospitalised with the coronavirus, its highest point since May. The state is now among the top five states in cases per capita.

“We’ve lost all our gains from June,” Louisiana Governor John Bel Edwards told residents on Wednesday. “No matter how you slice and dice the numbers, to put it bluntly, Covid-19 is probably more present and more rampant in Louisiana today than it has ever been.”

Though cases in the state are largely among younger people and less severe, health officials warn that the virus can still be as deadly if transmitted to more vulnerable people.

The number of people in California hospitalised for coronavirus has also reached a record high. With hospitals nearing 60 per cent of their capacity, nearly 6,000 people were hospitalised as of 7 July.

California has seen a 44 per cent increase in hospitalisations over the last two weeks, said governor Gavin Newsom.

In Florida, 42 intensive care units had reached their capacity, as of Wednesday.

More than 3,800 people were hospitalised in Houston, Texas on Tuesday, an all-time high for the region.

Houston also has seen an uptick in people who have died before they reach a hospital, drawing a parallel to similar deaths in New York City at the height of its outbreak in March and April, suggesting that a growing number of Covid-19 patients are dying at home before emergency responders arrive. Similar reports have also spiked in Detroit and Boston.

While the president falsely insists that the nation’s mortality rate is among the world’s lowest, deaths in some areas are actually increasing.

On Wednesday, Texas recorded its highest single-day death toll, with 98 deaths. Nearly 3,000 people in the state have died since the onset of the pandemic.

Coronavirus has revealed stark racial disparities across the US, reflecting institutional failures for poor Americans, from healthcare access to cramped housing and low-income “frontline” jobs that are more likely to be performed by Americans of colour and risk interacting with sick people

Uncovering the extent of those disparities has proved difficult, with limited demographic data from federal agencies and insistence among some health workers that black Americans were more likely linked to underlying health conditions that could lead to more severe Covid-19 outcomes.

But newly released data shows wildly disproportionate total case numbers – not just deaths – among black and Latino Americans, spanning hundreds of counties, including rural and suburban areas, and across all age groups, according to data obtained by The New York Times following its lawsuit against the Centres for Disease Control and Prevention.

Black and Latino Americans are three times as likely to become infected than white residents, the newspaper found. They also are nearly twice as likely to die from those infections.

Dr Anthony Fauci, the nation’s leading infectious disease expert and the face of the administration’s more coherent response to the public health crisis, was not present at a White House coronavirus task force briefing on Wednesday.

The briefing, previewing guidelines for schools to reopen this fall, followed Dr Fauci’s warning earlier this week that ”we are still knee-deep in the first wave of this.”

“It was a surge, or a resurgence of infectious superimposed upon a baseline … that really never got down to where we wanted to go,” he said.

He hadn’t made a national televised media appearance in nearly a month before an interview with the Wall Street Journal released on Wednesday.

“You know, I think any state that is having a serious problem, that state should seriously look at shutting down,” he told the newspaper. “It gets frustrating, because, not to name any states, but some states, admittedly, opened up too early and too quickly. So that was something that probably should not have happened that led to this.”

He warned that the likelihood of continued infections in reopened areas is a “cold and sober reality that we have to face.”

While the administration pushes for schools to reopen amid the pandemic, the president has insisted that the US is in “good shape” while boasting that he “didn’t listen” to health experts in administration as he sought a travel ban from China earlier this year as community transmission of the virus in the US was already underway.

In an interview to be broadcast by Gray TV on Sunday, the president has criticised Mr Fauci, telling former Fox News host Greta Van Susteren: “I disagree with him. You know, Dr Fauci said ‘don’t wear masks’ and now he says ‘wear them’. And you know, he’s said numerous things: ‘Don’t close off China. Don’t ban China.’ … And I did it anyway. I sort of didn’t listen to my experts and I banned China.”

White House press secretary Kayleigh McEnany refused to say whether the president has confidence in Mr Fauci, after several months of butting heads over school reopenings.

On Wednesday, she said he has “confidence in conclusions of our medical experts but it’s up to him to determine what to do with that information”.

In May, she told CBS News that the president does have confidence in his top doctor, though he also ”takes into consultation the advice of Dr Fauci … and all of these experts, and makes the best decision based on the data presented to him”.

The White House also claimed to be “on the same page” as the CDC despite the president’s attack against the agency, which he accused of drafting “very tough & expensive guidelines for opening schools”.

He said on Twitter: “While they want them open, they are asking schools to do very impractical things. I will be meeting with them!!!”

Hours after his attack, the CDC announced it would issue new guidelines.

The president’s stubborn and dangerous reluctance to slow the spread of the virus has impacted his recently revived re-election campaign – after at least six staffers tested positive for the virus ahead of his rally in Tulsa, Oklahoma, the city has seen a spike in new cases after a 20 per cent decline.

But two weeks after his rally, Tulsa’s Health Department reported more than 500 new cases within two days. Officials pointed to the rally and related protests as a likely source.

The news arrived as the campaign plans another rally in New Hampshire, where seven-day case averages are comparatively low. The campaign will be handing out masks that attendees are “strongly encouraged to wear”. 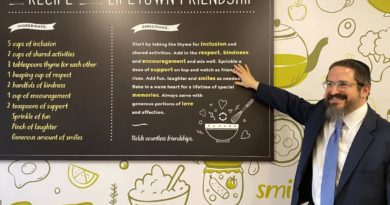 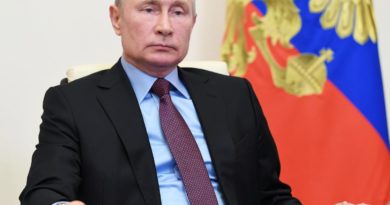 Putin says Russia will be able to counter hypersonic weapons

Iran’s coronavirus outbreak could be contributing to a potential pandemic