Eight inmates have been killed and 55 were seriously injured after guards reportedly opened fire to control a prison riot in Sri Lanka, after protests over a spike in Covid-19 cases turned violent.

A number of protests have taken place in Sri Lankan jails in recent weeks as both virus case numbers and fatalities have risen in the overcrowded facilities.

The situation spiralled out of control at the Mahara prison 15km north of Colombo on Sunday, police spokesperson Ajith Rohana said. Guards were trying to bring the situation back under control when the “unrest” from inmates turned into a “riot”, he said.

According to the official, the prisoners tried to take control of the prison and attempted to escape, when guards opened fire. The inmates damaged the jail property included the guards’ offices. Two guards were critically injured in the clashes.

“We can’t say it for certain but most of the deaths and injuries appear to be due to gunshots,” said Ajith Rohana, a senior police official investigating the incident.

“A majority of prisoners injured in the Mahara jail clashes were in critical condition,” said Shelton Perera, director of the Ragama Hospital where inmates from the prison were undergoing treatment.

It comes after more than 1,000 inmates have tested positive for Covid-19 in outbreaks at five prisons, and two have now died. At least 50 guards have also been infected with the virus.

Rights groups have raised concerns over the situation in the crowded prisons, where more than 26,000 inmates are housed in facilities with a total capacity of 10,000.

Prisoners have been protesting, demanding they be granted bail amid the surging cases. Two other inmates were killed in similar, separate incidents of unrest.

Senaka Perera, a lawyer for rights groups representing the prisoners, said frustration was mounting as their pleas for improvements, including isolation of positive cases in prison and better testing, were ignored.

Coronavirus cases in Sri Lanka have been on rise since last month after two major outbreaks in a garment factory and another at a fish market. The two clusters account for 19,449 coronavirus cases in the country, out of the tally of 22,988 confirmed cases, according to Johns Hopkins University. 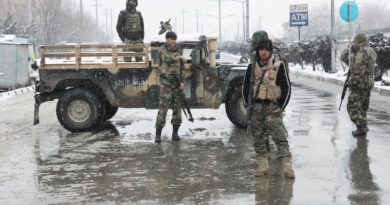