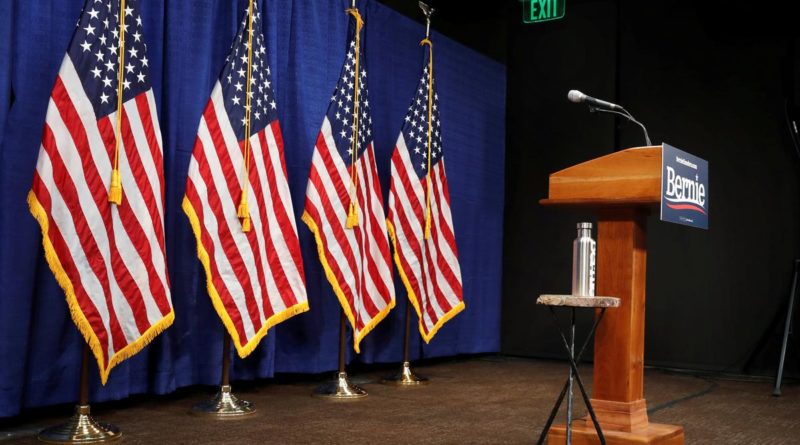 WASHINGTON (Reuters) – Democratic presidential contender Joe Biden on Wednesday canceled political rallies in Florida and Illinois due to concerns about the coronavirus pandemic and replaced them with what his campaign called “virtual events” in the two states.

Biden and his rival U.S. Senator Bernie Sanders of Vermont are re-thinking their approach to campaigns amid widespread warnings from public health officials about packed crowds and handshaking involved in politicking. Both called off primary election-night rallies in Ohio on Tuesday.

Biden’s virtual events will be held in the lead-up to the next round of primaries to decide who should get the Democratic nomination to take on Republican President Donald Trump in November. The two states will vote on Tuesday along with Ohio and Arizona.

“Out of an abundance of caution from the coronavirus outbreak, the President has decided to cancel his upcoming events in Colorado and Nevada,” Trump spokeswoman Stephanie Grisham said in a statement.

Until Wednesday, Trump had sought to play down the extent of the coronavirus threat and has held several rallies in recent weeks aimed at stealing the spotlight from the Democrats.

On Tuesday his campaign said he would hold a “Catholics for Trump” event in Milwaukee on March 19.

In a somber address to the nation on Wednesday night, he however acknowledged the pandemic threat but expressed confidence the U.S. public health system could handle it.

Biden, a moderate who has emerged as the race’s clear front-runner, and Sanders, a democratic socialist, have both criticized the Trump administration over its response to the outbreak.

“This is a matter, this whole coronavirus – is a matter of presidential leadership,” Biden said in Philadelphia on Tuesday night after decisively winning four of the six states that voted.

Biden said he would deliver an address on the U.S. response to the virus in his hometown of Wilmington, Delaware, on Thursday.

COVID-19, the disease caused by the highly contagious virus, is a sometimes fatal respiratory illness. The number of coronavirus cases has risen steadily in the United States and currently exceeds 1,000, with 32 deaths, according to a Reuters tally.

Earlier on Wednesday, Biden’s campaign said it had created a committee of mostly doctors who could give advice on how to keep the candidate, his staff and voters safe.

Sanders’ campaign has said it will address plans on a day-to-day basis.

Trump campaign officials did not respond to requests for comment about how the coronavirus outbreak would influence event plans. Vice President Mike Pence on Tuesday told reporters decisions about events would be made “literally on a day-by-day basis.”

State officials have told constituents to consider voting early if they are worried.

“People should think about trying to vote at a time when there is a smaller crowd,” DeWine said, suggesting that many polling places are less crowded in mid-afternoon. Voters also still have time to cast their ballots by mail, he said.

Arizona officials reminded voters of a Wednesday deadline to vote by mail.

Separately, organizers on Wednesday called off a March 27 rally in Detroit that was to be hosted by former first lady Michelle Obama. The rally, aimed at boosting election turnout in November, was canceled “out of an abundance of caution” given the spread of the coronavirus, organizers said.

The outbreak has infected more than 121,000 people and killed more than 4,380 worldwide. It has pounded financial markets, forced school closures and prompted organizers to cancel concerts, conferences and sporting events.

The Lawyers’ Committee for Civil Rights Under Law has urged state election officials to ensure that virus concerns did not interfere with upcoming votes.

“States must not wait a moment longer to take real steps to address the impact of the coronavirus on the 2020 election season,” the organization said in a statement.

The Democratic National Committee said the next presidential debate, scheduled for Sunday in Phoenix, would not have an in-person audience because of the health concerns. 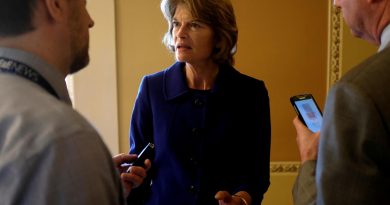 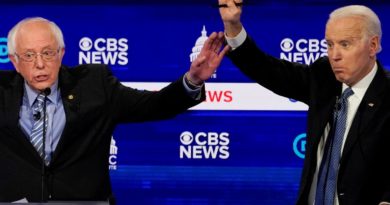 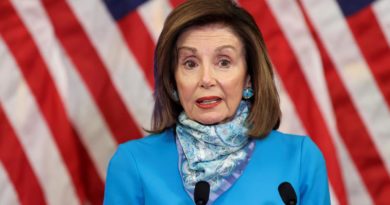