(Reuters Health) – Fewer than half of clinical trial sponsors reported their results to a U.S. government registry within a year of the trial’s completion, flouting U.S. law and risking fines, British researchers reported on Friday.

The study, published in The Lancet, found that in spite of legal efforts to curb well-documented lapses in reporting of negative trial results, many sponsors are still not reporting their findings, potentially keeping patients and doctors in the dark about benefits and side effects of treatments.

“Doctors and patients cannot make informed choices about which treatments work best when the results of clinical trials are withheld,” said study leader Dr. Ben Goldacre from Oxford University, in a telephone interview.

Goldacre and colleagues looked to see if trial sponsors were complying with the 2007 U.S. Food and Drug Administration Amendments Act in the period after final guidance was issued in 2017.

Under that law, sponsors of U.S. clinical trials are required to report data from applicable studies within a year of completion. The final regulations also imposed fines of $10,000 a day for failure to comply.

Goldacre’s team analyzed 4,209 trials registered on ClinicalTrials.gov that should have reported results between March 2018 and September 2019. They found that just 41 percent of clinical trial results were reported promptly and one in three trials remain unreported.

They also noted that progress has stalled, with the proportion of trials meeting compliance deadlines not changing since July 2018.

“We’ve known about this problem for at least three decades. It took us 25 years to get to the point of passing the law in 2007. It took another 10 years to have the final rule implemented. After all of that time, we now see that law is being very, very widely ignored,” Goldacre said.

Drug companies were three times more likely to comply with the law than academic institutions, the researchers found.

Among trial sponsors with data expected from at least 30 trials, Novartis, Gilead Sciences, GlaxoSmithKline, Pfizer and Roche had reported at least some data on all of them.

By comparison, the University of Texas MD Anderson Cancer Center had posted data on only 71 out of 85 trials. The National Cancer Institute had submitted data for just 65 out of 79 trials.

A spokesperson for MD Anderson told Reuters Health by email the cancer center “(makes) every effort to comply with all federal regulations, and we are working to ensure full compliance for posting results per the FDA Amendments Act. Considerable progress has been made, and we will continue efforts to complete data publication for our remaining trials within the shortest time possible.”

Goldacre said his paper is the first to fully assess compliance with the law since final rules were clarified in 2017 and offers a “deep analysis” of all the data, factors associated with poor compliance and reporting trends over time.

So far, Goldacre said, the FDA has not enforced the law, which may be contributing to the problem.

In an editorial, Dr Erik von Elm of the University of Lausanne in Switzerland, who was not involved in the study, noted that “any law is only as good as its enforcement.”

Von Elm said if the rule “were to be enforced, academic sponsors would probably make substantial efforts to improve data quality and reduce the number of non-reported and late-reported trials.”

Dr. Deborah Zarin of Harvard’s Brigham and Women’s Hospital and director of ClinicalTrials.gov from 2005 to 2018, agrees with the Lancet article. “Compliance is not as good as it should be. I would attribute that to really a lack of enforcement and leadership, especially at academic medical centers,” she said in a telephone interview.

“At the same time, the number of results that are being submitted worldwide to ClinicaltTrials.gov keeps growing and the value of the database as a source of information about clinical trials is enormous and keeps growing,” said Zarin, who was not involved in the study.

Zarin said one reason pharmaceutical companies more often comply with the regulation is they have lawyers charged with making sure such laws are followed.

Short of regulatory action, Goldacre makes daily updates to the public database at fdaaa.trialstracker.net in an effort to keep institutions accountable.

The study was funded by the not-for-profit Laura and John Arnold Foundation. 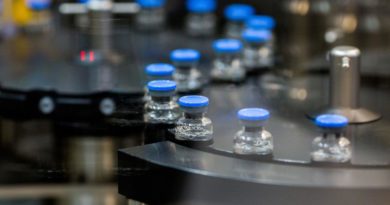 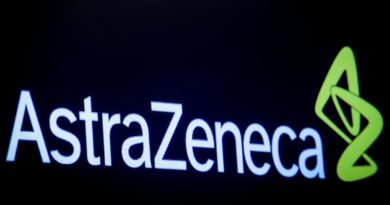 Another Round of Stimulus Checks Is Coming, But Some Families May Fall Through the Cracks