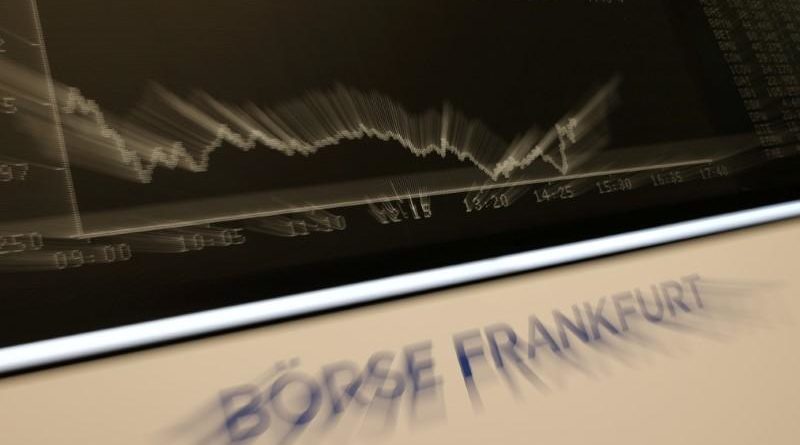 LONDON (Reuters) – European stocks fell on Friday, halting their biggest ever three-day rally in a sign investors were focusing once more on the spread of the coronavirus pandemic despite hopes for further stimulus measures to combat its economic impact.

The pan-European STOXX 600 index was down almost 2% in early deals.

The benchmark index has recovered almost 17% since hitting its lowest since 2013 on March 16, but remains more than 26% below last month’s all-time high in a rout that has erased more than $3 trillion from the value of European firms.

Stock markets have rallied over the past week on the back of trillions of dollars of enacted and pledged economic stimulus by policymakers worldwide, from central banks to governments.

In Europe, where the pandemic is still far from contained, policymakers have suspended state aid rules and limits on public borrowing and approved $40 billion in emergency funds to help airlines, among the hardest hit in the global emergency.

The losses came after stock markets rallied in Asia and Wall Street overnight.

MSCI’s All Country World Index, which tracks stocks across 49 countries, was down 0.1% on the day.

E-Mini futures for the S&P 500 reversed course and fell 1.5% following three consecutive days of gains in the S&P 500 on Wall Street.

“Rallies don’t last forever, and clearly investors are happy to call time on this one as we head into another uncertain weekend,” said Craig Erlam, analyst at OANDA.

“We may have had a good run this week, but the weekend can feel like a long time at moments like this, and the numbers we’re getting from the U.S., which now has more cases than China or Italy, are getting uglier by the day.”

The United States is now the country with the most coronavirus cases, surpassing even China, where the flu-like illness first emerged late last year.

Policymakers may need to offer more stimulus as the virus slams the brakes on economic activity and increases healthcare spending.

The U.S. House of Representatives is expected to pass a $2.2 trillion stimulus package that will flood the world’s largest economy with money to stem the damage caused by the pandemic.

The U.S. Federal Reserve has already slashed rates to zero and launched quantitative easing. The Fed will also take the unprecedented step of offering a direct backstop for corporate loans.

The number of Americans filing claims for unemployment benefits surged to a record of more than 3 million last week as strict measures to contain the virus pandemic ground the country to a sudden halt, data showed on Thursday.

The jobless blowout was announced shortly after Fed Chairman Jerome Powell said the United States “may well be in recession”, an unusual acknowledgement by a Fed chair that the economy may be contracting even before data confirms it.

Global equity markets took the data in their stride, partly as most central banks have already aggressively eased policy and governments are backing this up with big fiscal spending.

“The big picture message is that an expanding Fed balance sheet is correlated with a higher equity market,” said Neil MacKinnon, economist at VTB Capital in London.

Chinese shares, battered this month because of the virus, rose 0.32% on Friday. Shares in South Korea, another country hit hard by the pandemic, rose 1.87%.

Leaders of the Group of 20 major economies pledged on Thursday to inject over $5 trillion into the global economy to limit job and income losses from the coronavirus.

The index that measures the greenback against a basket of peers was up 0.2% on the day, although it was headed for steep weekly declines against the Swiss franc, pound, and euro.

The U.S. currency’s fall after two weeks of gains suggests the Fed’s efforts to relieve a crunch in the dollar funding market are working, some analysts said.

Yields were headed for a weekly decline, taking cues from the Fed’s extraordinary steps to bolster markets and the huge stimulus package.

U.S. crude ticked up 0.66% to $22.74 a barrel, but Brent crude fell 1.29% to $26. Energy markets have been caught in a tug-of-war between falling fuel demand, hopes for stimulus spending and worries about excess oil supplies.

Gold market participants remained concerned about a supply squeeze after a sharp divergence between prices in London and New York. The virus has grounded planes used to transport gold and closed precious metal refineries.

Reporting by Ritvik Carvalho; Additional reporting by Sujata Rao in London and Stanley White in Tokyo; Editing by Jan Harvey 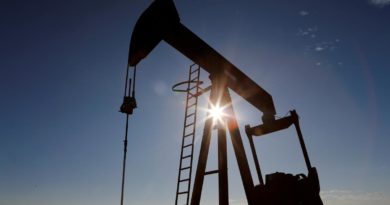 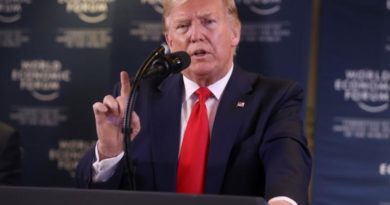