FRANKFURT (Reuters) – Unlisted biotech firm CureVac, which is due to receive German state backing, will become the second coronavirus vaccine developer to launch human trials of an experimental immunisation in the country, two people familiar with the plans told Reuters on Tuesday.

The clinical trial, which is scheduled to be announced on Wednesday, is the second clinical programme to be approved by German vaccines regulator, the Paul Ehrlich Institute, following a study launched by domestic peer BioNTech in April.

CureVac and the Paul Ehrlich Institute declined to comment.

The World Health Organization lists 11 experimental vaccines against the virus that causes COVID-19 as currently being tested on humans, according to a table posted on its website.

News of the clinical trial, which CureVac had previously flagged as likely to begin in June, comes after the German government on Monday unveiled an agreed deal to take a 23% stake in the company for a cash injection of 300 million euros ($338.5 million).

Later that day, a finance ministry document seen by Reuters showed that the biotech firm – which is controlled by SAP co-founder Dietmar Hopp – is planning an initial public offering in the United States next month. 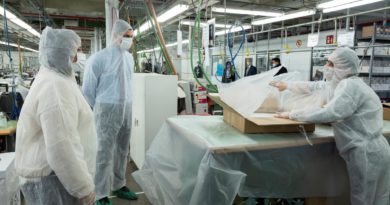