Dr Anthony Fauci repeated warnings that hydroxychloroquine is not effective against coronavirus after Donald Trump and his supporters pushed scientific studies to back up their claims.

The White House coronavirus taskforce’s infectious disease expert said numerous clinical trials have shown the malaria drug touted by the president was not an effective treatment of Covid-19.

“If a study that’s a good study comes out and shows efficacy and safety for hydroxychloroquine or any other drug that we do, if you do it in the right way, you accept the scientific data,” Mr Fauci said on MSNBC.

“But right now today, the cumulative scientific data that has been put together, and done over a number of different studies, has shown no efficacy.”

Mr Fauci repeated his outlook on the drug after Mr Trump shared a viral video of Republican group “America’s Frontline Doctors” speaking about coronavirus misinformation and claiming hydroxychloroquine was a “cure” for symptoms of the virus.

The video was removed by Facebook, Google and Twitter, which also censored president’s tweet, but the doctors returned the next day to repeat their message, prompting Mr Fauci to say “we’ve got to follow the science” in presenting data that contradicts those claims.

The major focus of criticism of the video was against Houston doctor Stella Immanuel, who has in the past made claims about sexual relations with demons and witches while dreaming, along with use of alien DNA in various medicines.

Questioning over the doctor’s views caused Mr Trump to walk out of a press conference where he tried to place the focus on one of the group’s doctors from Yale, who made a case for hydroxychloroquine in a column last week.

Dr Harvey A Risch, a professor of epidemiology at the Yale School of Public Health, wrote that the drug was the key to defeating Covid-19, but that for political reasons it had been pushed to the sidelines, unnecessarily killing thousands of patients.

In May, he published an article in the American Journal of Epidemiology, the world’s leading epidemiology journal, that analysed five studies. Since then, he has reviewed another seven studies and published a follow-up in the journal.

He said his analysis of those studies demonstrated “clear-cut and significant benefits to treated patients”, while clinical use in Brazil and Switzerland showed a “plummet” in the death rate.

“Why has hydroxychloroquine been disregarded? First, as all know, the medication has become highly politicised…Second, the drug has not been used properly in many studies.” he wrote in Newsweek.

“In the future, I believe this misbegotten episode regarding hydroxychloroquine will be studied by sociologists of medicine as a classic example of how extra-scientific factors overrode clear-cut medical evidence.”

Mr Risch also criticised the Food and Drug Administration (FDA), which he said wasn’t accurately reporting the tens of millions of patients using the drug for prolonged periods when warning of its adverse effects. Including the whole number made the ratio of potential harm “minuscule compared to the mortality” of Covid-19 patients, he said.

FDA commissioner, Stephen Hahn, referenced that data on Thursday as he declined to take a definitive stance on the effectiveness of the drug, saying it was a decision for a doctor and a patient.

“We had data that when this drug was combined with others, there was some risk associated with that. But the question you’re asking me is a decision between a doctor and a patient,” Mr Hahn said on NBC’s “Today” show.

“A doctor and a patient need to assess the data that’s out there, FDA does not regulate the practice of medicine, and that in the privacy of the doctor-patient relationship is where that decision should be made.” 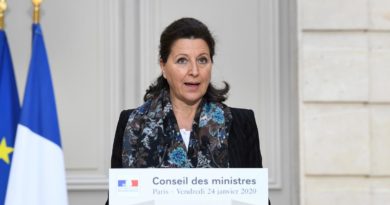