Kari Turner, 40, was arrested on Tuesday in front of her two children by police officers at Pinellas County School Board hearing in Largo. In a video that has widely circulated on social media, Ms Turner’s daughter is heard saying, “That’s my mom, that’s my mom.”

“The individual refused to wear a mask, which began a series of events that led to the arrest,” school district spokeswoman Isabel Macarenas told the Tampa Bay Times.

More than two dozen parents showed up to the school board meeting, some with their children, to oppose the mandatory mask mandate put in place for students attending school.

Another parent compared the masks to “water-boarding”.

“These masks are water-boarding our children,” parent Shannon Brooks said.

The board voted 4-1 to extend the mask policy, which has been in effect since classes resumed in August, amid the coronavirus pandemic, it was reported. 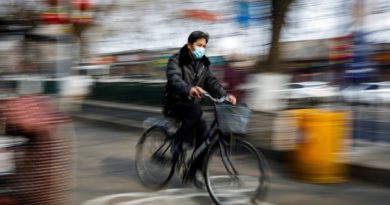 How Iran’s Soleimani became a US target