Ghislaine Maxwell has applied for release from jail on the grounds she might be infected with coronavirus while awaiting trial for allegedly grooming young girls for convicted paedophile Jeffrey Epstein.

The British socialite is being held at the Metropolitan Detention Centre in Brooklyn, ahead of her appearance in court next week on charges of trafficking and sexual exploitation and abuse of minors.

However, in a request filed to the US District Court in Manhattan, her lawyers argue that she is at “significant risk” of Covid-19. At least 55 inmates and staff at the facility have tested positive since the start of the pandemic.

Her lawyers are proposing a $5m (£4m) bond, the surrender of her passports, “stringent” travel restrictions, and home detention with electronic monitoring.

They also argue she is not a flight risk because she remained in the US after Epstein’s arrest and death in prison.

She “did not flee, but rather left the public eye, for the entirely understandable purpose of protecting herself and those close to her from the crush of media and online attention and its very real harms”, the filing stated.

Ms Maxwell also “vigorously denies the charges” and intends to fight them at trial, it adds.

Her lawyers also raised several legal challenges to the indictment, including the 2007 non-prosecution agreement made by US government which covers Epstein’s “potential co-conspirators”.

Prosecutors are seeking her continued detention, arguing that she is at ”extreme risk” of flight and has “absolutely no reason to stay”.

They add that Ms Maxwell is potentially facing a long prison term and can make use of multiple passports and citizenships.

Ms Maxwell, the wealthy daughter of the late media mogul Robert Maxwell, is due to be arraigned in court on 14 July.

She faces six criminal charges, including four related to transporting minors for illegal sexual acts, and two for perjury in depositions about her role in Epstein’s crimes.

Epstein was arrested in July last year for the sex trafficking of minors in Florida and New York but died in his cell at a Manhattan jail a little over a month later. The medical examiner ruled his death a suicide. 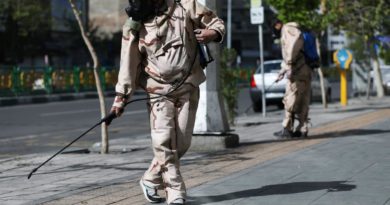 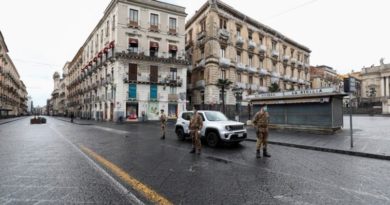