On the evening of November 17, news reports swept across Twitter that the platform had lost so many employees it likely no longer had the people behind it to keep its most vital services running. To commemorate the occasion — not unlike violins on the Titanic — longtime internet culture reporters Katie Notopoulos and Ryan Broderick hosted a massive Twitter space to discuss the demise of the service.

At publish time, Twitter had yet to splutter to a stop, and it’s not a given that it will shut down. Still, the changes made by new owner Elon Musk — both structural (like firing thousands of employees) and cultural (like breaking the verification system, reinstating banned users, and reinstating former President Donald Trump) — have contributed to a feeling that something has fundamentally changed.

At one point in the discussion, a speaker confessed that he was “ashamed” to feel as angry as he did toward Musk for decimating Twitter. The implication was that the “cursed bird site,” as it’s so often called, was just a place for shitposting and internet drama — not a place you’re supposed to feel devastated about.

Then again, human nature just doesn’t work that way. Yes, people loved to hate Twitter, and hated loving it, but the love was real, nonetheless. Telling ourselves it’s dumb to feel bad about Twitter belies the human impulse to build bonds and connection — which Twitter users spent years doing. We’re a species that forms unhealthy levels of emotional attachments to robots. Did we really think we weren’t gonna feel absolutely wrecked about the apparent abrupt destruction of a social media platform that has been a digital home to millions of people for more than a decade?

We have a hard time grappling with internet spaces as being “real.” We think of them as less important or significant than real life. But the truth is that for many people, the connections we make online are just as significant to us as the ones we make offline. A 2017 study found that online friendships can enhance feelings of companionship, while a 2015 study of digital emotions (albeit one conducted by Twitter’s marketing team) found that reading, tweeting, and interacting with your Twitter feed can dramatically increase your emotional engagement. And that was well before the pandemic relegated many of our most precious relationships to screentime and virtual messaging, making Twitter matter more, to more people, than it had in a while.

Even solely in terms of its content, the loss of Twitter as an archive feels overwhelming to contemplate. Jack Dorsey co-founded the site in 2006, so that’s 16 years of 200 million users churning out tweets, hashtags, gifs, memes, videos, art, stories, DMs, group chats, threads, debates, subtweets, quote-tweets, and all the other content that the Library of Congress briefly deemed worthy of preserving. That doesn’t even touch the intangible stuff — the myriad human connections made, the professional networks cultivated, the innumerable moments of collectively experienced joy and humor and tragedy; of life, narrated in real time, for years, as it happened to each of us.

Because internet culture is steeped in irony, however, the most extremely online of us have become rigorously conditioned to couch our sincere feelings about internet community in sarcasm and condescension. After all, as Broderick noted in his Twitter postmortem, “the online spaces we spend time on matter to us, but are also full of dumb bull shit.” Perhaps, he argued, the appropriate expression of grief is a paradoxical one: “This era of Twitter is over and it’s ok to be sad about that, but it’s also ok to feel silly that you feel sad about that.”

Feeling silly that you feel anything at all tends to be the default, especially on the internet; in the era of cringe culture, to be overly sincere about something is to court derision and ridicule; sincere emotionality must be glanced at sidelong, especially if it’s about anything occurring online. That might mean, for example, coupling your Twitter feelings with a disclaimer about how you were high, or observing that Twitter “wasn’t just a hell site, it was a hell home.”

This is all understandable; after all, it comes inflected with more than a little gallows humor. But the sarcasm can also result in a sense of disenfranchised grief — a psychological term for when you’ve suffered a real loss that society doesn’t recognize as a real loss. The stages of real grief and mourning remain, but without the confidence that you should be feeling sad to begin with.

And yet, if any internet space deserves our sincere respect, it’s Twitter, which has functioned more like a “real” public square than any other social media platform. This is the platform that gave birth to the hashtag, with all its infinite and often surprising uses. It has aided the rise of countless social movements, from the #ArabSpring resistance to #BlackLivesMatter to #MeToo. Not all of them have been good — see Gamergate, Pizzagate, QAnon, et al — but they have all, unequivocally, mattered. Twitter, with its intermingling of celebrities, verified professionals, politicians, journalists, trolls, bots, normies, alts, extremists, and everything in between, was where the hoi polloi broke bread with the blue checks. It gave us K-pop stans trolling racists with their own hashtags. Its transparency and networking ability lent Twitter’s Black community a profound public presence, a cultural prominence that not even the much-missed Vine (another gift we owe to Twitter) could bestow. It gave us covfefe and dog rates and horse ebooks and Nicki Minaj’s cousin’s friend’s testicles and dril.

That’s also why it’s difficult to know what to replace it with, if that’s even possible. Many of us who’ve been on the internet for a couple of decades have witnessed the implosions of multiple sites that at one point seemed like they were always going to be around. (AOL, Myspace, LiveJournal, Vine, Flickr, everything Yahoo ever touched, the list goes on.)

Nothing on the internet is permanent, though, not even the websites that feel closest to stodgy old edifices. Building on this assumption of impermanence, community experts, including academics who study community migrations across internet platforms, argue that the best way to ensure stability is to own your own servers and make multiple backups, and to accept that your internet environment is a fragile habitat and not just a bunch of websites. When one part of your habitat gets destroyed, you have to rely on the whole ecosystem to recover, and it can take a while. But even as an experienced internet Old, I’m stymied by the thought of what would make an effective Twitter replacement. Twitter’s “public square” holds less and less appeal in an era where harassment has grown but moderation hasn’t always grown alongside it, and so users have also increasingly retreated to semi-private spaces like Discord and Telegram, private group chats and WeChat.

These siloed spaces make it harder to find friends across platforms and interests; without Twitter’s transparency and searchability, it will be harder to stumble across people who share a cross-section of your passions or to dive deep into your highly specific interests: For example, to forcibly befriend everyone who also loves James McCardle’s leg-twitch during the “Democracy in America” monologue from Angels in America, leading you to create a vociferous groupchat of like-minded leg-likers, not that I speak from experience.

Not everyone desires sustained and intimate interaction with strangers, but even among friends, replacing Twitter won’t be easy. The worst thing about Musk’s gutting of Twitter is that if it really collapses, whole communities will be uprooted and displaced. Subcultures like fandoms, kink communities, sex workers and educators, and queer and trans spaces, rely heavily on the freedom of pseudonymity on Twitter. But that also makes it harder to reunite with all your pseudonymous friends across platforms, considering the difficulty of trying to converge on a single agreed-upon substitute platform. For groups that gather across language barriers, the loss of Twitter’s easy “translate tweet” button means further separation from people who share your interests, if not your native tongue.

So, yes, there is a reason to mourn. The reality is that this is a hard time: Even if Twitter doesn’t collapse, it is changing, and you will likely lose friends, content, and the ability to retrieve memories. It’s okay to be sad; it’s even okay to be angry and devastated — both for what we’re losing and for the fact that we even had to lose it to begin with. After all, we, the end users who are left holding this bag of weird grief and even weirder guilt about it, aren’t the ones who ever dismissed or discounted Twitter. We were right there — we still are there — doomscrolling the wretched bird app until the end.

What else should we value on the internet if not the spaces like Twitter that have given us so much joy and frustration and slices of humanity? What else even matters in the digital landscape if not fighting for the integrity and importance of people coming together, even on platforms as broken and in need of an edit button as this one?

The real loss isn’t that you spent too many hours of your life scrolling this hell-bird app instead of touching grass.

It’s that the people who destroyed it won’t consider it a loss at all. 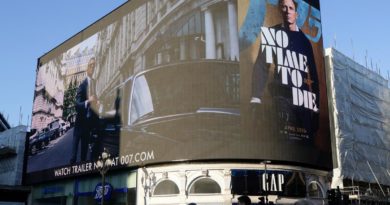 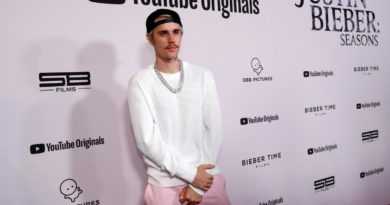 Lunch with A-Rod, serenade by Bieber as #allinchallenge on coronavirus takes off