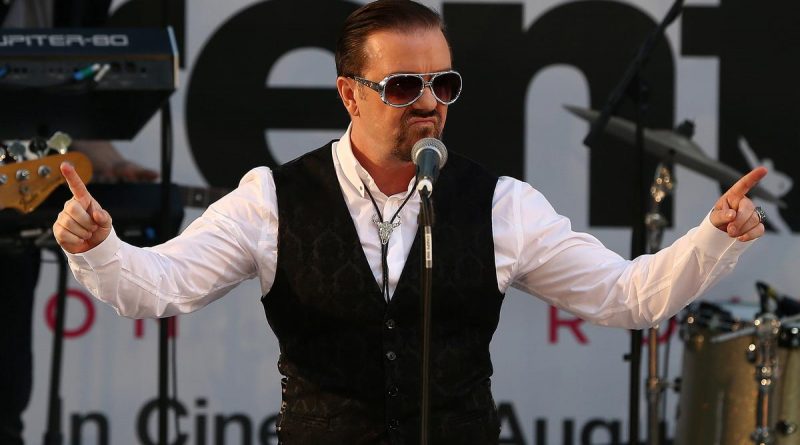 LOS ANGELES (Reuters) – More than 18 million Americans watched the Golden Globes on Sunday in a ceremony hosted by acerbic British comedian Ricky Gervais, whose monologue skewering A-list celebrities was praised by some but criticized as dull and cynical by others.

FILE PHOTO: Actor and director Ricky Gervais performs as his character David Brent at the world premiere of his film David Brent Life on the Road in London, Britain August 10, 2016. REUTERS/Neil Hall

Nielsen data on Monday showed that the first big show kicking off Hollywood’s award season, broadcast live on NBC, was watched by 18.3 million Americans, down about 2%from 2019.

The three-hour show was the most-watched primetime entertainment telecast since the Oscars in February 2019, NBC said.

World War One movie “1917” and comedy “Once Upon a Time in Hollywood” won the top prizes on Sunday, on a night packed with upsets ahead of the higher profile Oscars on Feb.9.

Gervais, returning for a fifth time as Golden Globes host, let rip with expletive-filled jokes about diversity in the entertainment business, the rise of streaming, and actors who use their time at the winners’ podium to make political speeches.

Many of his barbs drew awkward laughter and unamused looks from the Hollywood glitterati in the room, such as Tom Hanks, Meryl Streep, Eddie Murphy and Gwyneth Paltrow.

Gervais called the reaction the “best ever.”

“Thanks for all your amazing comments about my Golden Globes monologue. Best reaction ever and that means a lot to me. I had a blast but thank fuck it’s over,” he tweeted on Monday.

But some reviewers critiqued the creator of TV comedy “The Office” for low energy.

USA Today called Gervais “boring,” while Variety called his efforts “tame” and said Gervais “made a point of emphasizing just how little he cared about the show.”

Others were surprised that Gervais avoided political topics, like the impeachment of U.S. Donald Trump and upcoming U.S. elections.

The Los Angeles Times called Gervais flippant, adding that it wished the comedian “had been brave enough to drop the tired agitator shtick and, for once, read the room.”

Others were more positive, with many on social media praising the comedian for his willingness to address controversial topics.

In the Daily Mail, British broadcaster Piers Morgan wrote that Gervais “delivered a glorious kick in the globes to Hollywood’s woke, virtue-signalling hypocrites – and exposed them as a bunch of shameless two-faced charlatans.” 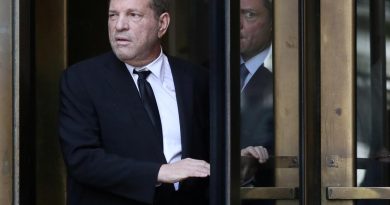 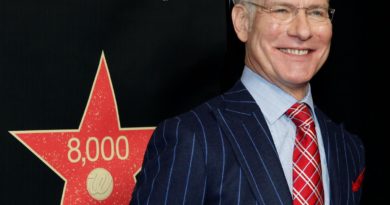 A Minute With: Tim Gunn on pajamas and post-quarantine fashion

The science behind what makes people laugh