Shortly after the gunfire began, the service announced it had sacked some employees who were unhappy with the severance package they were offered.

A statement by the service did not mention the gunfire, but a security source told Reuters negotiations were taking place to try to resolve the problem.

Security forces blocked the road leading to one of the buildings, the witness added. The district is close to the capital’s airport.

Masked members of the agency dressed in military uniform set up checkpoints in one of Khartoum’s main residential streets near the building and were seen firing shots into the air, one of the witnesses said.

The Sudanese Professionals Association (SPA), the country’s main protest group, called on state agencies to intervene immediately to stop “these irresponsible operations that are causing terror amongst citizens.”

Unverified video footage posted on social media purporting to show the area where the clashes occurred featured sounds of gunfire.

Sudan is undergoing a three-year political transition overseen by civilians and the military following the overthrow of long-time ruler Omar al-Bashir in April. 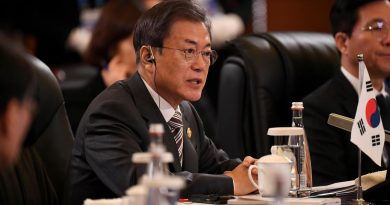