A few years ago, Jaime Seltzer was helping coordinate research projects, grant applications and funding for a Stanford research group studying a condition called myalgic encephalomyelitis/chronic fatigue syndrome (ME/CFS). Up to 2.5 million Americans, including Seltzer, have ME/CFS, and yet it felt like almost no one paid attention to her group’s research. “What is it going to take for researchers to take ME seriously?” she and her colleagues often wondered aloud.

The morbid answer, they hypothesized, was a pandemic. Since ME/CFS often follows viral infections, they feared it would take something as destructive as mass illness for the larger scientific community to take notice.

Unfortunately, this year they were proven right. As the COVID-19 pandemic presses on, doctors are increasingly worried about the significant subset of coronavirus patients—estimated to be somewhere around 10%—who are suffering symptoms like fatigue, brain fog and chronic pain for months on end. Many of them will soon fit the diagnostic criteria for ME/CFS, which is characterized by debilitating exhaustion lasting six months or longer. This flood of potential new ME/CFS patients has, just as Seltzer predicted, thrust her once little-known condition into the spotlight.

No one, least of all Seltzer, would argue that thousands of people becoming chronically ill at once is anything but tragic. The question is whether any good can come from that tragedy. ME/CFS has for decades existed outside the margins of mainstream medical knowledge, historically drawing only a few million research dollars each year—pennies, compared to conditions like breast cancer and Alzheimer’s disease. Many doctors know next to nothing about ME/CFS. Nearly every ME/CFS patient has a story about not being believed, or someone trying to convince them their often debilitating symptoms are psychological.

With the world’s attention, and the medical community’s research dollars, directed toward COVID-19, the conversation around long-haul coronavirus could finally change that—if clinicians are ready to take long-haulers and ME/CFS patients seriously, and get to the root of why a viral illness that’s supposed to clear in weeks can linger for decades.

On Christmas Eve 2009, Christina Cooper, 62, developed a flu-like illness. Eleven years later, the registered nurse and once-avid cyclist from Canby, Ore. still suffers symptoms that sound awfully similar to those now associated with long-haul coronavirus. Virtually any amount of physical exertion—even showering—leaves her with a bone-deep, sometimes days-long exhaustion unlike any she experienced before she got sick. Her brain is always foggy, her thoughts always jumbled. She has a chronic sore throat and constant pain. Even her voice changed, weakening into one that sounds frail and sick. She feels like she inherited the body of a 100-year-old, half a century early.

After she got sick in 2009, it took two years of feeling deathly ill for Cooper to find a doctor willing and able to help; several dismissed her outright or had no clue what was wrong with her. That experience isn’t uncommon.

ME/CFS is what’s known in the medical community as a “contested illness”—in other words, an illness some people think is fake. Patients’ lab tests often come back clean despite their debilitating symptoms. And though it often (but not always) follows a viral illness, there’s no agreed-upon cause of ME/CFS. As a result, it’s easy to dismiss as psychological. It takes a certain amount of medical savvy and determination—which is challenging to muster when you’re bedridden—just to get an ME/CFS diagnosis. People of color with symptoms of the condition often have an especially difficult time getting doctors to take them seriously.

Because the condition is so often dismissed, many sufferers reject the name “chronic fatigue syndrome.” Likening the illness to fatigue minimizes it, some patients argue. Fatigue is what you feel after a busy day; ME lands you in bed for a week after going to a doctor’s appointment. Instead, they refer to the condition only as myalgic encephalomyelitis or ME.

Many coronavirus long-haulers have endured similar mistreatment. In long-hauler support groups, there are countless stories of doctors who were skeptical, rude or unhelpful, if not baldly disbelieving. America’s slipshod coronavirus testing system also means many long-haulers can’t prove they had COVID-19 at all—a whole new headache when it comes to securing treatment.

But there is, at least, a critical mass of long-haulers getting sick and speaking out all at once, enough to draw attention from scientists, the media and the general public. Enough of these patients tested positive for COVID-19 or its antibodies to make a strong case that coronavirus is turning into ME/CFS.

“You had it. It’s documented. No one can doubt that. That makes it credible,” says Dr. Anthony Komaroff, a physician at Brigham and Women’s Hospital in Boston who has treated ME/CFS patients since the 1980s. “If you add that it may affect, ultimately, millions of people in this country alone, I think it certainly should generate new interest and I hope it will.”

For decades, most ME/CFS patients didn’t have that kind of group support. It took until 2015 for the Institute of Medicine to publish a substantial report describing the condition and its diagnostic criteria. According to the IOM’s definition, someone can be diagnosed with ME/CFS if they experience fatigue extreme enough to impair normal activity for at least six months; develop more severe symptoms after exertion; feel little relief from sleep; and suffer either cognitive changes or difficulty sitting or standing upright.

Up to 2.5 million Americans fit that description—as will many coronavirus survivors as their symptoms approach the six-month mark. “The coronavirus pandemic is very likely over time to create almost a pandemic of ME,” says Dr. Ron Tompkins, a surgeon from Massachusetts General Hospital who also researches ME/CFS. Long-haulers who have persistent symptoms related to specific organ damage won’t fit that diagnosis, but thousands of people who now have inexplicable symptoms likely will.

The influx of new patients could go a long way toward figuring out why, exactly, a viral illness can last forever. Though there are multiple theories in the ME/CFS research world, Komaroff believes the cause of the condition can be traced back to a part of the brain that kicks on when you’re sick—the part that saps your energy and appetite so your body can focus all its energy on clearing an infection. “This center in the brain gets flicked on, but for whatever reason it never gets switched off,” Komaroff says. New research efforts spurred by the pandemic could help determine if that’s really happening, and why.

“You need a lot of patients to study anything,” Komaroff says. “We will have enough patients to study at least that kind of ME/CFS that develops following COVID.” Catching people early, relatively speaking, could also help researchers understand why and how a viral illness turns into ME/CFS. Many ME/CFS patients have been sick for years by the time they find a qualified doctor, which makes it hard to work backward and look for biomarkers or inflammatory signals that could offer clues about the disease. In COVID long-haulers, researchers might have a better shot at learning about the condition’s origins, says Dr. Avindra Nath, a researcher at the National Institutes of Health (NIH) who studies ME/CFS.

Already, there’s a registry called You + ME where long-haulers can volunteer for studies. Researchers from the NIH, the Open Medicine Foundation and other groups are also studying the relationship between long-haul coronavirus and ME/CFS. And in May, Maryland Representative Jamie Raskin introduced a bill that would channel NIH funding toward studies examining the connection between ME/CFS and coronavirus. The bill has yet to clear either the House of Representatives or the Senate.

This burst of activity could have a significant impact, not only for ME/CFS patients but for people with other contested illnesses, like chronic Lyme disease and fibromyalgia. “The big issue diseases always overshadow the smaller ones,” says Dr. John Aucott, a chronic Lyme disease expert at Johns Hopkins University. “All the focus of everything is now on COVID”—but with that focus now extended to include long-haul coronavirus, there may be a ripple effect for similar chronic fatigue conditions that historically get little attention. Belief in long-haul coronavirus could translate to belief in other contested illnesses.

But for people who have been in the ME/CFS community for a long time, it’s hard to get too optimistic. Seltzer, who now directs scientific and medical outreach for the advocacy group Myalgic Encephalomyelitis Action Network, has seen flurries of interest in ME/CFS before. One came after the National Academy of Medicine’s report on the condition in 2015. Over the next five years, little changed. Research moves slowly, especially when there’s minimal money attached. Even with new studies underway, treatments may be years off in a best-case scenario.

The medical system also isn’t ready for an influx of ME/CFS patients. Already, there aren’t enough knowledgeable doctors to treat the country’s ME/CFS patients. (Treatment mostly consists of symptom relief, since there’s no known cure.) If the number of patients doubles, Komaroff isn’t sure what will happen.

Tompkins adds that any progress for ME/CFS patients will hinge on doctors definitively determining that coronavirus can turn into ME/CFS, rather than making post-coronavirus syndrome a separate diagnosis. “It would be a disservice to make post-COVID something special,” he says, because ME/CFS patients wouldn’t share the benefits. “I don’t think there’s a nickel of difference between the two,” he adds.

Already, Seltzer says, she’s seen some long-haulers reject the idea that they’re developing ME/CFS. It’s hard to understand how a new virus leads to an old condition, for one thing. And with all the stigma attached to ME/CFS, and its long history of doubt and disbelief, Seltzer says some long-haulers don’t want it to be their diagnosis. “Who would want to inherit the history of this disease?” she says.

Cooper, the ME/CFS patient from Oregon, finds herself thinking of that history often when she reads about coronavirus long-haulers. She can’t help but feel conflicted, in some moments, by all the attention thrown their way when there was none for her. “What happened to me?” she wonders. “Why wasn’t I believed?”

There’s no way to go back and time and make Cooper’s doctors believe her, nor any way to reclaim the last decade of her life. But there is reason to believe the sudden interest in long-haul coronavirus will help provide answers and legitimacy for the millions of people out there with ME/CFS, and the millions more who will develop it in the coming years. And that, Cooper says, makes the bitter pill easier to swallow. “I’m very hopeful that this opens the door to more research,” she says, “and [vindication for] all of us who got the flu and had a door closed on our lives.” 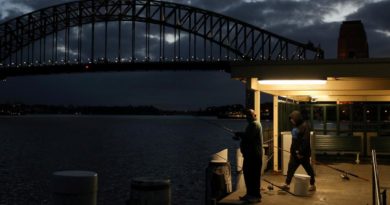 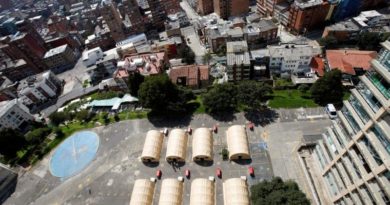 Colombians scramble to get ready for coronavirus quarantine