Germany is officially in recession after the country’s statistics agency reported its economy contracted by 2.2 per cent in the first quarter of 2020.

But the first quarter decline in German economic activity was only half of the declines seen so far in France and Italy.

Does that tell us something about how severe the economic impact is likely to be in different countries across Europe?

Are some Europeans governments doing a better job than others in protecting jobs and incomes than others?

Or is it just a question of timing, with some countries going into lockdown earlier?

Below The Independent looks at the economic impact across the continent so far and considers if lessons can be drawn.

The restrictions were imposed on 22 March, which was later than some other countries.

This timing might explain why the hit to Germany first quarter GDP is smaller, although a 14 per cent contraction is expected by analysts in the second quarter.

Germany has also been relatively early to ease restrictions, with shops now permitted to re-open and the top-level football league given the green light to recommence. Schools are gradually re-opening too.

More than 10 million Germans have also been registered to have their wages partially paid by the state. And it has implemented fiscal measures to support workers and businesses worth 6 per cent of GDP according to the IMF.

Germany’s efficiency in large-scale virus testing may help its domestic economy avoid severe disruption later this year if there is another outbreak, though its reliance on exports in a world in severe recession will likely be a source of weakness.

The International Monetary Fund expects a full year contraction for Germany of 7 per cent, which is broadly in line with other European countries.

The French government announced a strict lockdown on its 67 million population on 17 March, helping to deal a blow to output in the first quarter of almost 6 per cent.

According to the IMF the government’s fiscal support measures tally up to 4.7 per cent of GDP, including the country’s “chomage partiel” job subsidy scheme.

And the lockdown was eased this week, with hair salons, clothes shops, florists and bookshops now open. School pupils are starting to return too.

But the IMF expects a full year drop in output in France to be 7.2 per cent.

Italy, population 60 million, was the first European country to go into lockdown as the epidemic hit with extreme force in the north of the country. Tight restrictions were imposed on 9 March.

Analysts had expected Italy’s Q1 GDP contraction to be greater than the 4.7 decline actually reported.

For the full year the IMF forecast of a 9.1 per cent decline is the worst in Europe, with the sole exception of Greece.

The IMF also says that the Italian government’s direct fiscal support measures add up to a relatively low 1.3 per cent of GDP and sees the unemployment rate rising from 9 per cent to 13 per cent

Like Italy, Spain locked down early, with the Madrid government declaring a state of emergency and confinement order for the 47 million strong population on 14 March.

The country is now opening up in phases.

The IMF sees direct government fiscal support of 3 per cent of GDP but full year damage to be -8 per cent and Spanish unemployment shooting up from 14 per cent to 20 per cent.

Angel Talavera of the consultancy Oxford Economics argues that European countries that rely more heavily on tourism, including Spain and Italy, could be at greater risk.

“Minimizing the impact on the upcoming summer season is paramount to try to limit the economic damage,” he says.

The UK locked down belatedly – with the 67 million strong population only instructed not to leave their homes except for essential purposes only on 23 March.

That timing probably explained why the Q1 GDP damage was only -2 per cent.

The Bank of England expects a second quarter GDP collapse of as much as -25 per cent.

The UK is also coming out of lockdown later that other countries.

The IMF’s forecast for a full year UK GDP decline of 6.5 per cent, although that’s considerably more optimistic than the 14 per cent contraction pencilled in by the Bank.

The IMF estimates direct fiscal Government assistance for the economy through measures like the furlough scheme, which is supporting 7.5 million jobs, will be 3 per cent of GDP, but the UK’s own official forecaster, Office for Budget Responsibility, now expects support to be double that level.

Sweden has stood out in Europe by declining to lock down, keeping bars and shops open and instead encouraging businesses and its 10 million strong population to exercise caution in public and work from home where possible.

Despite this, the Swedish economy is still expected to suffer as people spend less and business is disrupted. As a more open economy, Sweden is also expected to be hit by a decline in demand for its exports.

Sweden’s first quarter GDP figures have not been published yet. But the IMF expects full year GDP to fall by 6.8 per cent, suggesting that its avoidance of lockdown will deliver no economic outperformance relative to the rest of the continent.

The IMF also sees Swedish unemployment rising from 6.7 per cent to 10 per cent.

Those bleak forecast are in line with those of the country’s central bank. 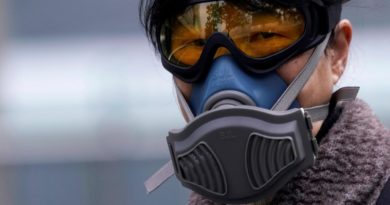