As soon as the Chinese government released the genetic code of the SARS-CoV-2 coronavirus in January 2020, vaccine developers swung into action to make effective vaccines in record time. Clinical trials began within a few months, phase 3 clinical trials by the summer, and by November, Pfizer had submitted an emergency use authorization request to the US Food and Drug Administration. A vaccine that might typically take years or even decades to develop took less than a year.

But it was still a full year between the pandemic’s onset and the beginning of mass vaccine distribution, a year in which millions of people have died, global poverty has spiked, and people everywhere have suffered. Is there a way society could have invested in advance — before the pandemic even started — in research that would have made the vaccines happen faster? Is there a way governments can invest now so that the world is more prepared for the next pandemic?

Yes, argues a February article in NPJ Vaccines, a journal affiliated with Nature. The piece, by researchers at Johns Hopkins and Oxford’s Future of Humanity Institute, argues that there are steps governments can take now so when the next pandemic hits, the world has effective vaccines much faster — as well as the factories needed to make billions of doses.

The Biden administration is interested in making some of those steps happen. The American Jobs Plan under debate in Congress includes money for scaling up vaccine production, shoring up the national stockpile, and putting prototype vaccines (more on those below) through phase 1 and phase 2 clinical trials. If it passes, the country might be a little more ready the next time a pandemic comes around — but there’s still much more to do. Here are some key principles for how the world can vaccinate faster in a pandemic.

Invest in platforms, not in specific vaccines

In order to work, a vaccine against a virus needs to expose the body to some of the markers of the virus and prompt an immune response. There are different approaches to doing that. One, for example, is to just inhale or inject some dead virus, or some live virus that has been weakened so it won’t make you significantly ill.

The coronavirus pandemic has given rise to a couple of other approaches.

A viral vector vaccine like Johnson & Johnson’s instead modifies a different virus (in the case of Johnson & Johnson’s, an adenovirus, or common cold virus, is used). The vector virus is changed so that as part of its life cycle in the body, it expresses the spike protein unique to the novel coronavirus. As the body fights it off, it learns that the spike protein is bad news.

By contrast, an mRNA vaccine like Moderna’s or Pfizer/BioNTech’s does not use a virus as a vector. Instead, what is injected is a string of RNA, which gives the body instructions to print a protein — the spike protein, in the case of Covid-19.

These two approaches — adenovirus vector vaccination and mRNA vaccination — are what study authors Joshua Monrad, Jonas Sandbrink, and Neil Cherian call platforms. The breakthrough here is that a platform can be used with minimal modifications to target a different virus. If a new pandemic starts with a different spike protein, researchers could rapidly develop vaccines using either of these approaches — just modifying what protein the viral vector expresses or what protein the RNA tells the body to print.

That similarity allows such vaccines to make it to trials faster. “Because vaccines based on the same platform may only differ in the sequence encoding the target antigen, preclinical, and early-stage clinical work on one pathogen can inform the general optimization, formulation, and delivery of the platform, meaning that platform-based vaccine candidates have the potential to reach the clinical stage of testing faster than more traditional vaccine candidates,” the study argues.

When shaving off a few weeks of vaccine development time can save tens of thousands of lives, that can be huge. So before the next pandemic, governments should invest in mRNA and viral vector vaccine capabilities — basic research, safety testing, and mass manufacturing — as well as investing in other promising emerging platforms. The more research happens in advance, the closer we get to a world where scientists can just insert the information for their target protein and take their vaccine straight to clinical trials.

mRNA and viral vector vaccines are currently being developed to fight lots of diseases for which the world urgently needs vaccines, from malaria to HIV to Ebola. That’s great. But it’s not sufficient to be ready for the next pandemic. In addition to researching vaccines for diseases that are already a global concern, the paper argues that scientists should research vaccines against “prototype pathogens” — diseases that they expect the world might someday face.

Is it possible to know what the pandemics of the future will look like? Surprisingly, yes. Coronaviruses like the one that became the Covid-19 pandemic have been on scientists’ radars for a while. SARS, a deadly and closely related virus, killed more than 1,000 people in 2004. MERS, another one, emerged in 2012 and caused outbreaks in 2015 and 2018.

Work on other coronaviruses helped with the initial response to SARS-CoV-2, the virus that causes Covid-19. From attempts at developing a MERS vaccine, scientists had come up with mouse models of the disease that were used for early animal testing for the Covid-19 vaccine. “Prefusion stabilization,” an innovation from previous vaccine work, is employed in the Johnson & Johnson vaccine to strengthen immune response.

So, in order to fight the next pandemic, scientists should identify some viruses that have the potential for a related virus to emerge as a pandemic pathogen. We know coronaviruses count; influenzas do, too. There are other possibilities scientists are monitoring. They should then push forward in developing vaccines for those viruses — because much of that research will transfer if a new pandemic emerges.

The paper also proposes some changes that are less about science and more about how vaccine research is funded and structured. The first such proposal is that the government should dramatically change how it pays pharmaceutical companies.

Under the current system, the US and other countries mostly pay companies for every vaccine dose that they deliver. This ensures that the companies can recoup their expenses from developing the vaccine, and lets governments order enough vaccine doses to cover all their citizens.

But it has serious drawbacks. If pharmaceutical companies are only paid to deliver lots of doses, they get no financial reward for trying an experimental new approach — even though there are large societal benefits to pushing forward this kind of basic research. Research that has applications for fighting other diseases will be underfunded.

For example, as discussed above, fighting MERS turned out to be incredibly valuable for the fight against SARS-CoV-2. But MERS has infected only a few thousand people, and isn’t very transmissible. No government was likely to pay for millions of doses of a MERS vaccine. The report concludes that that means a doses-based approach to paying for vaccine research would have vastly undervalued MERS research.

“Because even preclinical and early-stage clinical work on vaccine platforms and prototype pathogens can yield valuable technological know-how, financial incentives must be structured such that companies can expect a competitive return on investment by reaching certain milestones along the R&D pathway, even if an investment does not result in a product licensed by regulators,” the paper argues.

Some policymakers have put thought into how to better achieve that goal. One option is “prizes” that represent the social value of advancing vaccine science. With a more prize-based funding model, society would be paying for scientific advances rather than paying for doses — allowing for more vaccine research against diseases that don’t pose much of a threat but are a good testing ground for new vaccine approaches and a potential cousin to new pandemic diseases.

Pharmaceutical companies publish much of their research but by no means all of it. A private company has strong incentives to keep some of its expensive research private. Research often represents a key edge over competitors, and companies only make money if they’re more successful than competitors at developing new treatments and vaccines.

If all research were made publicly available, there’d be a free-rider problem — pharmaceutical companies might do less research themselves hoping to benefit from the early-stage research done elsewhere.

There is a place in pandemic preparedness for proprietary information, the paper argues. But current levels of information-sharing are less than socially optimal. The easiest way to get more openness is to pay for it: Make grants for early-stage research conditional on sharing the data and results from that research. Doing that across the board will result in wider availability of data, and that should make it easier for scientists to act on that data and identify the best approaches to developing vaccines and treatments.

As with the move away from pay-for-doses models, the aim is to ensure that pharmaceutical companies have commercial incentives to make money by doing the most socially valuable thing — that is, lots of research that can be used to treat many diseases, and research on diseases similar to those that threaten a pandemic.

Collaborations among pharmaceutical companies can go well beyond just publishing their research. The paper proposes that governments and philanthropists pay for and coordinate “precompetitive collaborations” between different companies. The pooling of expertise might allow for breakthroughs no one would have come up with alone — and then the companies can all benefit from a richer knowledge base about how to do vaccinations.

… But don’t leave vaccine development to the private sector

There’s a lot that can be done to ensure that pharmaceutical companies have better incentives to do research with lots of social benefit, and that they can make money for research that prepares the world better for the next pandemic even if it doesn’t result in a working vaccine just yet.

But policymakers should also expand biomedical research outside pharmaceutical companies. US universities do lots of key basic biological research, and with more funding could do more. Universities often have more flexibility to focus on theoretical work that’s a long way from any commercial applications, and work with a social benefit far in excess of its commercial benefit.

Public agencies can also directly fund vaccine development efforts. Some 20th-century vaccine development happened at the behest of the US government and US military, rather than through any pharmaceutical company. More recently, scientists at Winnipeg’s National Microbiology Laboratory, part of the Public Health Agency of Canada, designed an Ebola vaccine that has since been authorized for use in the EU and Africa.

The government should have a role as a funding partner to private pharmaceutical companies. But given the stakes of pandemic preparedness, it can take on a role much larger than that, including directly hiring scientists and directly conducting important research projects. It’s a role where government has a history of success, and the world needs to attempt as many approaches as possible if we’re going to successfully address the next pandemic before it devastates the world. 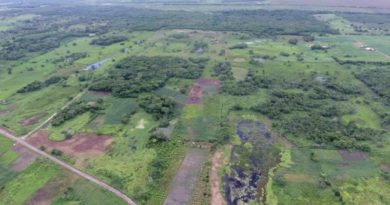