MEXICO CITY (Reuters) – Five years ago, a Mexican woman woke up in a hospital one morning connected to an endotracheal tube and a catheter. She was in so much pain that she barely remembered being brutally beaten by her boyfriend.

The woman has assumed the name of Becky Bios because after the attack she wanted to leave behind her old identity, she said. She withheld her legal name.

Bios said she spent two weeks in a coma in a clinic in central Mexico after the beating, which left her with a ruptured gallbladder and in respiratory arrest.

“Waking up from the coma, I didn’t remember anything. I looked at my body, I was extremely thin. I wanted to talk but felt the tube in my throat,” said the woman, now 36, a psychologist. “I’d never felt so vulnerable.”

Bios considers the attack an attempted femicide, a crime described under Mexican law as murder of a woman for reasons of gender. Her account offers rare testimony from a survivor of attacks against women that have long been a problem in Mexico.

Femicides are frequently carried out by domestic partners and often involve grotesque or degrading violence.

Last year, recorded femicides surged to 976 cases, over double the number of five years ago. Overall, 12 percent of murders in Mexico – including those not classified as femicides – are of women.

In recent weeks, the kidnapping and murder of a seven-year-old girl and the skinning and disemboweling of a 25-year-old woman have fueled anger among women about what many view as authorities’ inadequate response to the brutality.

President Andres Manuel Lopez Obrador blamed “neo-liberalism” for the violence against women in the aftermath of the girl’s murder, sparking a torrent of criticism.

Plans are taking shape for a nationwide strike on Monday, in which women will withdraw from public life for a day.

Irinea Buendia said her daughter Mariana Lima was murdered by her husband, a police officer from the state of Mexico. The husband has maintained that his wife committed suicide.

He was initially acquitted but Mexico’s Supreme Court has ordered the case be reopened, arguing that enough evidence existed to rule out suicide. The accused remains in prison awaiting the outcome of the trial.

Lima’s case became emblematic because it was the first case of alleged femicide to be escalated to the Mexican Supreme Court. Relatives of victims say authorities do not always take cases seriously.

Bios said it took her years to find the courage to talk about her case without feeling ashamed – and to convince others, including her family and authorities, of the seriousness of the attack.

She said her partner attacked her when she told him she would leave him after several episodes of sexual violence.

“Little by little, he would corner me and make me think I’m worthless and, worse, I believed him,” she said.

When her partner, now on the run from authorities, entered her hospital room one day, she said she was so enraged she wanted to attack him with the fork she was holding.

“I asked for help but nobody believed me,” she said. 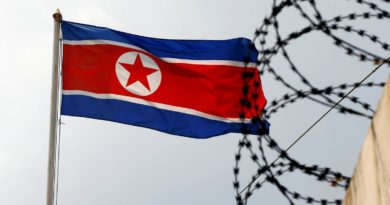